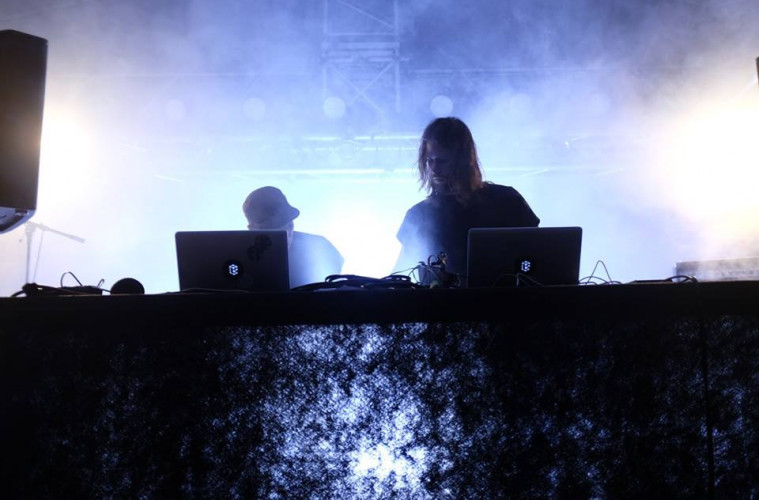 The heavyweight experimental techno dyad Tittingur from Slovakia release a new video for their track Nununu today. The emblematic song comes from third album Epiphany (released in May 2020) on Weltschmerzen. In line with the styling of Tittingur’s previous videos, it is a kind of visual poem, very minimalist but touching precisely in its brevity.

Tittingur exists in a volatile resonant space, in direct opposition to the commonly cold structures of industrial techno; their strained synth lines supplemented by abstract field recordings and (un)recognizable noise samples make the embracing of the screaming void of sound and chaos strangely pleasant: like falling through a blackhole, right before being squashed into pieces. Going against the ever present retromania, Tittingur’s sound is comprised of a callous look on intense immersive electronica. Formerly a noise-rock band, their thick walls of sound are built around dark, brutalist techno foundations, which doesn’t fall far from the zeitgeist sound of Amnesia Scanner, M.E.S.H. or Tim Hecker.
In July 2020, Tittingur played a very special live set in an abandoned hangar at Pohoda In the Air – a special online version of Slovakia’s biggest music festival – premiering most of the material off of their latest album Epiphany. After 2017’s LAVINA released on the acclaimed label Exitab and 2018’s self-released Beings, Tittingur released their third, so far definitely most profound, record on the newly established Slovak deep-listening vinyl-only label Weltschmerzen. The label’s focus and ideology is to connect commonly thinking and feeling, kindred musicians in and around Slovakia, and bring them together in a kind of collective. To attach relevancy to deep, romantic and ominous contemporary music and friendships.
So far, Weltschmerzen has released 3 albums in 2020 > the eponymous album by the eponymous project Weltschmerzen, Ujko’s confining Lo-Fi Noci, and Tittingur’s ravishing Epiphany. Two more releases are scheduled for this year – Fokular’s Narrative, out on November 27th, and Tante Elze’s double A-side single Malé mesto // Zelená in mid-December. Written by Tittingur.