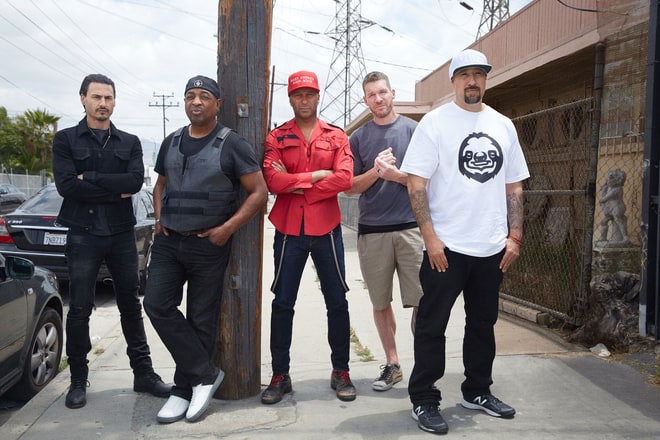 Prophets of Rage, the supergroup comprising members of Rage Against the Machine, Cypress Hill and Public Enemy, have debuted their first single on the eve of a massive Replubican convention.

The track is called Prophets of Rage, and drummer Brad Wilk had the following to say about it: “In a year we won’t soon forget, “Prophets of Rage” is a song/band made for the countless people who feel they no longer have a voice in a system that only caters to a select few. This song is a solid chop in a dulled world of mindless pop. I’m honored to be making music with Tom, DJ Lord, Tim, Chuck D, and B Real. And to have Brendan O’Brien producing these tracks is an amazing match. Power to the People.”

Have a listen below.