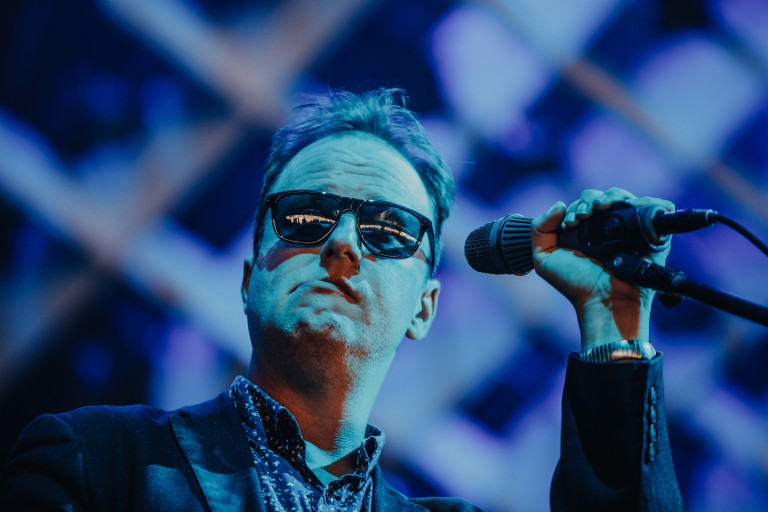 Protomartyr are an interesting entity at the best of the times, frontman Joe Casey’s intense wordplay feeling removed but driven by the rest of the instrumentation, feeling like two worlds colliding. In a similar way to bands such as Les Savy Fav or Future Islands, there’s a distance between the frontman and the rest which creates something unique. However, where Joe Casey differs from those bands is where their frontmen are wild, crowd engaging balls of extroversion, Casey is an introvert who suffers from stage anxiety. He intentionally doesn’t wear his glasses when playing live so that he can’t make out the individual faces of audience members. This isn’t a show, he has something to say.

There was no support act for the night, just Protomartyr. This isn’t something the band always do, but for this gig at least, the first musical sounds the crowd heard of the night were the sombre opening notes of My Children from 2017’s critically acclaimed album Relatives In Descent. Guitarist Greg Ahee, drummer Alex Leonard, and bassist Scott Davidson started the set alone before Casey came to join them shortly after with the slowly building hook of “pass on”. A plastic cup of cola in hand and looking relatively smart in a suit jacket and flowery shirt, his delivered each word with the intensity of a man with something to say.

It wasn’t that long ago that the band would play more than one song before Casey would stagger up from the audience and start singing, then leaving the stage again to let the band close out instrumentally. It was a play on expectations with the discrepancy in age and appearance of Casey compared to the others making people wonder what was going on. Their relative anonymity allowed them to play with people’s minds. The critical acclaim of Relatives In Descent has put those days behind them, making them a well-known name, creating a level of expectation. People want to hear particular songs, they want to see Casey let loose, they want the things they’ve read about. It’s all relative, of course, Protomartyr are four albums in and don’t have a “hit” that people insist on hearing, but there’s a relative restriction in this that’s inevitable with their career trajectory. I’m not saying it was the end of the world that they didn’t play The Chuckler or Don’t Go To Anacita, but there was a little part of me that wished otherwise. 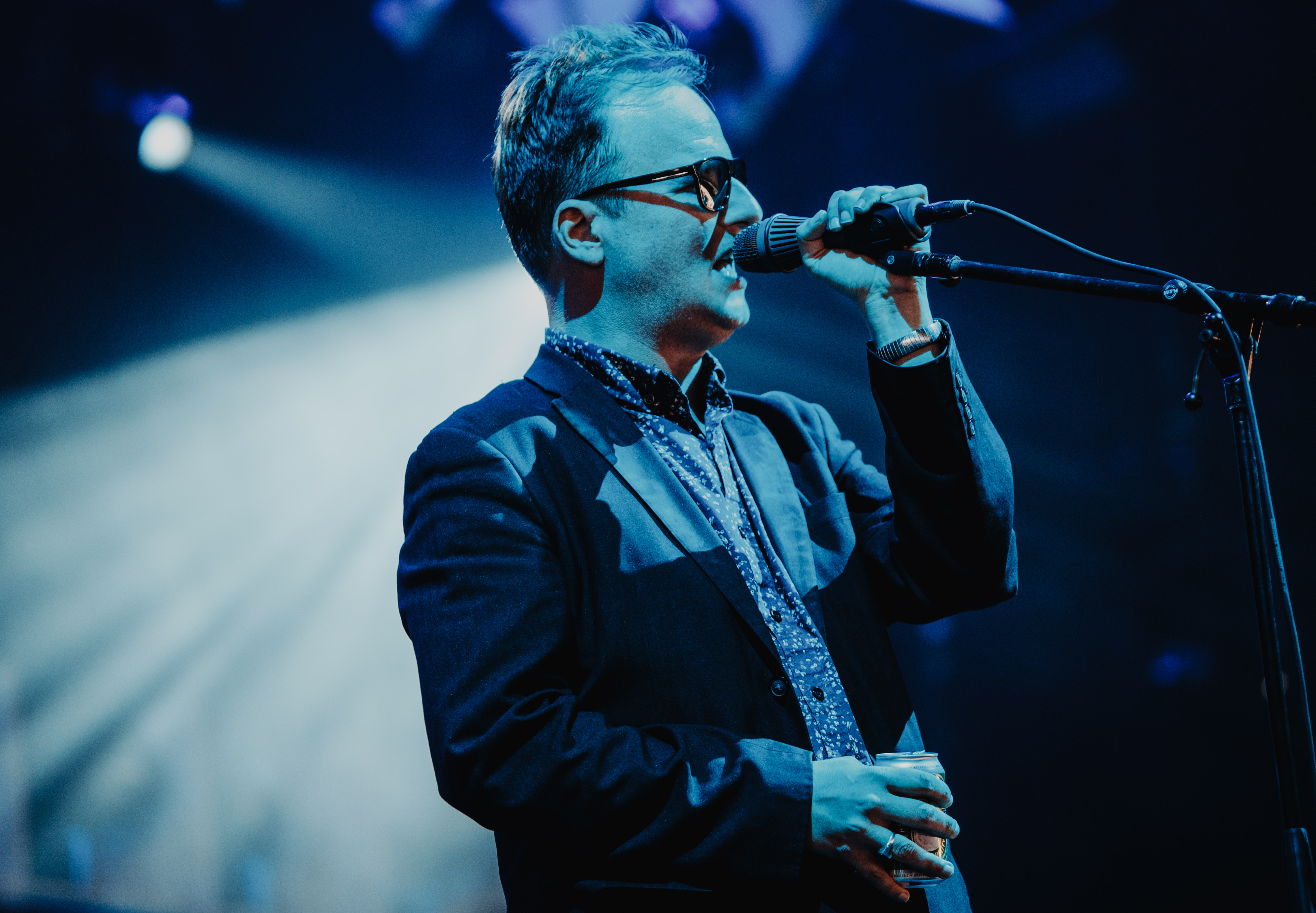 As you’d expect with a lack of support act, it takes a little while for the crowd to warm up, but it’s the highlight of this year’s Consolation EP, Wheel Of Fortune, that makes that happen. It might not be quite the same without Kelley Deal’s voice harmonising the vocal main hook, but its devastating intro was massive enough to loosen everyone up. By the time the band were powering through Cowards Starve, there was an electricity in their delivery, the songs felt alive, Casey looking more relaxed in his own skin. Though on record the tracks from Relatives In Descent sound more ambitious and wider reaching than ever before, there’s a punky immediacy to their earlier material that translates better to the stage in a lot of instances. The earworm of Why Does It Shake? from 2015 album The Agent Intellect really comes into its own live. The repeated lines of “Why does it shake the body, the body, the body, the body, the body, the body? Why does it move the fear, the fear, the fear, the fear, the fear, the fear” sound almost anthemic with Leonard’s simple, tom-heavy beat in the background. Casey’s more ferocious delivery cuts through the instrumentation better, it has a certain contagiousness.

There were very few words spoken or even silent moments between the songs played, as the band blurred one into another with barely enough space for applause. Though understandable if you have a frontman who doesn’t want to interact with the audience very much, it did create a kind of rushed feeling to the whole thing which made you wonder if they just wanted to get it all over with. Despite needing both hands to play their instruments, Davidson took the time out of playing bass during one song to smash back a can of Jupiler. With such a tight schedule and the beer drinking as a priority, the song just suddenly went bassless. More creatively, Ahee used hammer-ons with his left hand alone to allow him to keep playing as his right free was free to smash back a can of his own. After a serendipitous rendition of Half-Sister to close out the main set, there was little fanfare as the band left the stage with some waves, the first pause of the evening. Moments later, the band returned with Casey promising two more before they played Maidenhead and The Devil In His Youth drawing things to a close. How their increasing popularity will change the way in which they create their music remains to be seen, but with each album seeing them continue to improve, challenge themselves, and build confidence, this feels an exciting time for them. Who knows, maybe Joe will even put his glasses on.

All images in this article are taken from Protomartyr’s show at Lowlands Festival one day later.