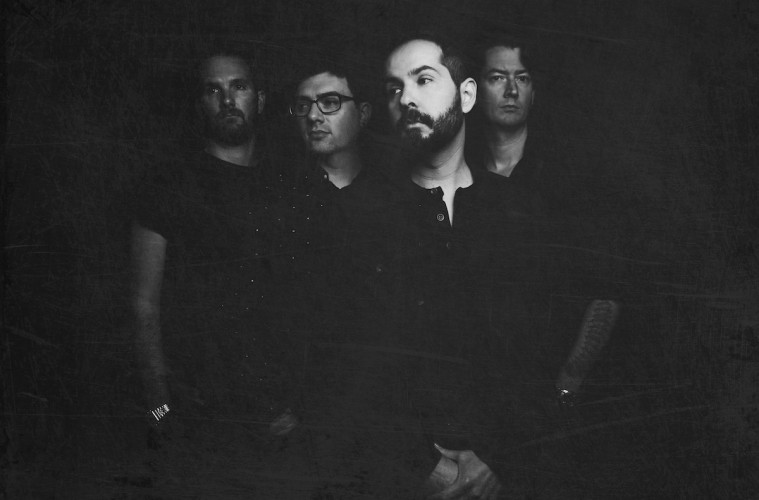 If you haven’t had the liberty of stumbling across Greg Gonzalez and his band Cigarettes After Sex throughout the last twelve months, then you’ve definitely been doing something wrong. The New York-based project, helmed by Texan Gonzalez, have gone from strength to strength since the release of hit track Nothing’s Gonna Hurt You Baby. Boasting more than 62 million streams on YouTube alone, the track is a perfect place to start when delving into Cigarettes After Sex’s filmic and sonic landscape. We caught up with Gonzalez backstage at Best Kept Secret ahead of his band’s mesmerising show later that day.

Hey Greg, how are you doing?
I’m doing good, yeah! Thanks.

Your fantastic debut album came out last week. Can you tell me more about the period leading up to it in terms of its conception and creation?
Oh yeah! It actually took quite a while to do the album, and it was actually recorded back in December 2015. The year kind of got away from us as we were quite busy touring, which means it took a lot longer to finish than we would have wanted.

So you essentially sat on this record for roughly eighteen months?
Yeah, we actually recorded it over the course of three days. It just took us a long time to figure out that this was going to be the final record, and that we were gonna have to piece it all together.

Originally you’re a Texas native, and at some point in your career you made the move to New York City. Why did you opt for this move?
New York, to me, represented the highest pinnacle of artists. You have Leonard Cohen, Bob Dylan, Miles Davis and all these giants of music and art. That’s where you go when you want to be on the world stage, just to be a part of that calibre.

So how much has it helped your progression as an artist?
It was totally essential. We were discovered on YouTube, but some of the word finally got out once we were in New York. I think that was the cause of us going viral, somehow.

How are you planning on carrying the album out in a live setting? Especially when you consider the visual side of things.
We’ve been messing with the visuals, as they’re quite important to us. The show we’re playing uses clips from films to create some kind of atmosphere, but it is very faithful to the record. We wanted to be faithful to it, so the fans can expect a live show wherein we bring the gentleness of the record to the live stage.

What kind of influences do you draw from artistically?
Francoise Hardy was very influential to this record, as were the Cocteau Twins. They both played quite a part, and even music by people like Erik Satie and Miles Davis. Those kind of things really come together, and also some films too.

You used to be the manager of a cinema. How much of a direct influence has film had on you?
I’d say 100%. I grew up immersed in film, and I started working in a theatre because I wanted to be around movies more. It’s really crucial, and there are some songs which have been solely inspired by a movie. I would sit there writing a song with a certain film on loop in the background, and then I’d take energy from that film as I was going along. So which movies played a part in the creation of your debut album?
All kinds of things. The things that tie in with this would be movies like L’Avventura, which is an Italian film from the 1960s. Even stranger stuff like The Night of the Hunter, which is this really bold, black and white movie. Those are two interesting ones.

Do you also keep an eye on modern day developments in film?
Yeah, it goes both ways with mainstream and underground films. I like to keep an eye out for exciting directors and whose been doing interesting work lately.

Who’s been standing out?
There’s so many good ones. Umm, I think Paul Thomas Anderson is a pretty good one, his work is always very well thought out and distinct.

Which movies have you been enjoying lately that you would recommend to anyone?
The one that blew me away recently was The Bad and The Beautiful, which was directed by Vincente Minnelli. It’s about a producer, director and writer, and it stars Lana Turner and Kirk Douglas. It really blew me away. Another film I recommend a lot is San Soleil by Chris Marker, which is this bizarre travelogue he pieced together by taking random videos from around the world throughout the late 70s and early 80s. That also blew me away. I’d say that Paper Moon is one of my favourite movies, it’s a hilarious buddy comedy with a young girl and older guy.

When you work on a song, do you tend to find yourself going for a particular type of movie to gather inspiration and energy?
I tend to watch whatever comes my way, to be honest. There’s certain films that fill a line with the band, like L’Avvetura.

And film noir?
Absolutely film noir, yes. The Bad and The Beautiful actually did it for me too in that musical sense, because it has this romance to it.

Do you plan on further incorporating film into the music on a greater level?
Yeah, although it might be more of a live thing because we’re quite hesitant about doing a video given the fact that it doesn’t feel necessary yet. It’s a contradiction that we’re talking about all these movies, but that I won’t do a video, haha. We might approach film in a different way and do a soundtrack for a short film, rather than put out a song and have someone do a video for it. It could be amazing, but it really depends. I don’t want it to be too much of a promotional movie instead of an artistic one. We might do a film score, though. That’s what’s on my mind right now.

Have you already started taking a look at the future of the band from a musical perspective?
Yeah, for sure. We’ve already done some sessions for it. It took so long to put this album out that we had a lot of time on our hands to record more stuff. I want it to be cohesive. We’d rather go for refinement than take some big left turn and do something strange and bizarre. It’ll be a refinement of what we do now, and not some step in a new direction. There’s something special about this sound and I want to keep that going for as long as I can. At some point, it might launch naturally into something else, though. People like Leonard Cohen, Tom Waits and some classical composers did that as well. For now I want to keep on this path and see what happens.

Cigarettes After Sex’s debut album is out now, and you can stream it below.