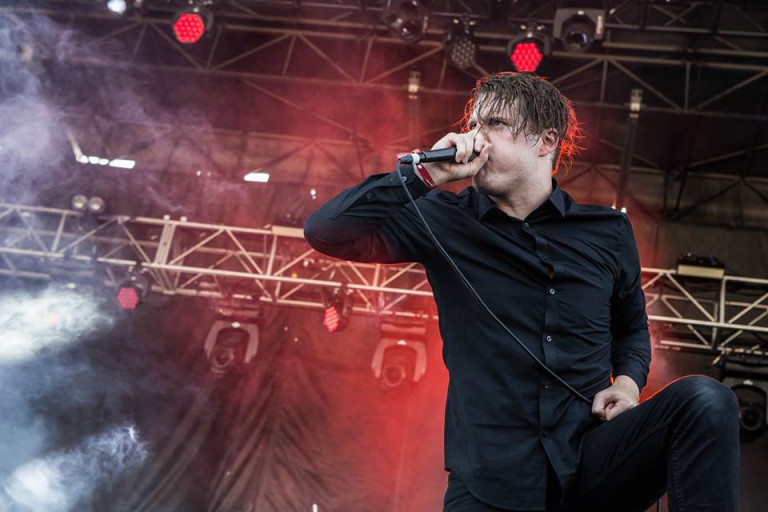 In little over a month, American metal outfit Deafheaven will stop off at the Patronaat in Haarlem alongside contemporaries Touché Amoré. The show forms out part of the campaign in support of last year’s acclaimed record Ordinary Corrupt Human Love. In anticipation of the show, Deafheaven frontman George Clarke answered a few brief questions for All Things Loud.

Hey George. You’re hitting the road with Touche Amore; how did that come about?
We’ve been close for a long time now and have always talked about touring. Both bands are very busy, but thankfully the timing worked out great for this.

Ordinary Corrupt Human Love has been out little over a year at this point. How do you look back on this record from a personal perspective?
It was such a needed experience for this band, and making that album has given us a sort of reinvigoration.

It’s an incredibly strong record too, far out your best collection of songs and one praised by fans of both shoegaze and metal. At what point during the creative process did you look at one another and decide that a song – or album – was complete?
Thank you! For songs, I think there’s a feel for their end as they’re being played. A lot of the riffs and ideas are created privately, but arranging and typically ending the songs all happen as a group, so it’s kind of like feeling out a jam. For albums, a lot of that is sequencing. If we have a collection of songs that we’re rehearsing regularly, it’s not uncommon for all of us to already have some sort of sequence in mind.

So how do you bridge the gap between sonic brutality and serenity?
That’s mostly Shiv (Mehra) and Kerry (McCoy) playing with dynamics and seeing what works. A lot of the time the guitars are written cleanly, so once distortion is added you can figure out at what points you want to use it.

Black Brick came out in the meantime. Is this a stopgap between Ordinary Corrupt Human Love and the future?
Black Brick is an OCHL B-side, and a lot of it is actually older than original album material, so it’s hard to say! It’s a really fun song though.

How is the future shaping up for Deafheaven?
We’re just trying to keep our heads down and stay busy and stay creative. If all goes planned, we’ll have a busy 2020 and beyond. We’re looking forward to it!

Deafheaven and Touché Amoré will appear at the Patronaat in Haarlem on 26 September alongside guests Portrayal of Guilt. Get your tickets here.