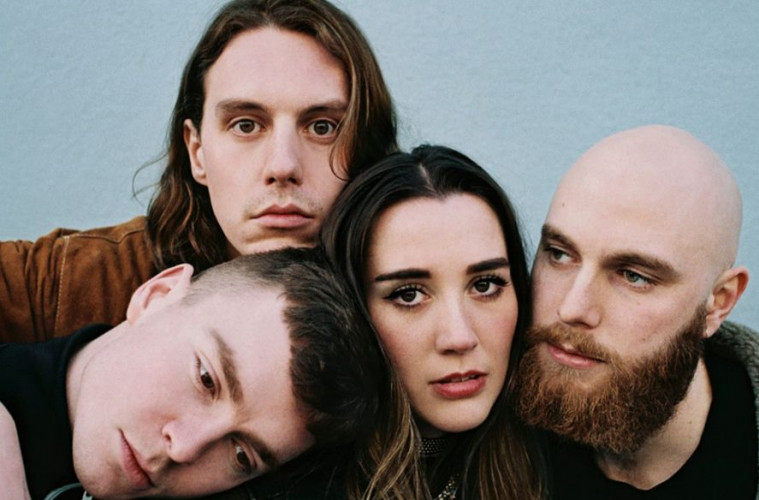 Getting Fired Up With YONAKA

Tomorrow (11 October) marks an important milestone for upcoming British stalwarts YONAKA. The Theresa Jarvis-fronted outfit will take on London’s Electric Ballroom for their biggest headline show to date, and it comes hot on the heels of a blistering EP and summer packed with energetic festival sets across Europe. We caught up with Jarvis and bassist Alex Crosby at Lowlands Festival in August to discuss their whirlwind year, music old and new as well as tomorrow’s massive headline show.

Hey guys. You’ve played quite a bunch of big European festivals this year. What stands out the most to you, as a performer, when noticing a difference in crowd energy either side of the channel?
Theresa: You really do notice a difference, actually. Everyone here is far more up for it! We see a huge difference.

Alex: European crowds have been a lot more receptive than back in the UK to be honest.

Theresa: Not all the time, though. The UK can be sick. It’s just nice to sometimes come and play somewhere where everyone’s having a great time.

You also did Eurosonic in January, which is a notable showcase event. Some bands get home and notice it was little use, and some notice that the whole world is suddenly after them. How was that for you?
Theresa: It’s hard to tell really, because you pretty much feel like you’re just playing another festival. You’re being put in front of loads of people anyway.

Alex: Based on today’s show [at Lowlands Festival] I’d say it’s made for a pretty great response, though. 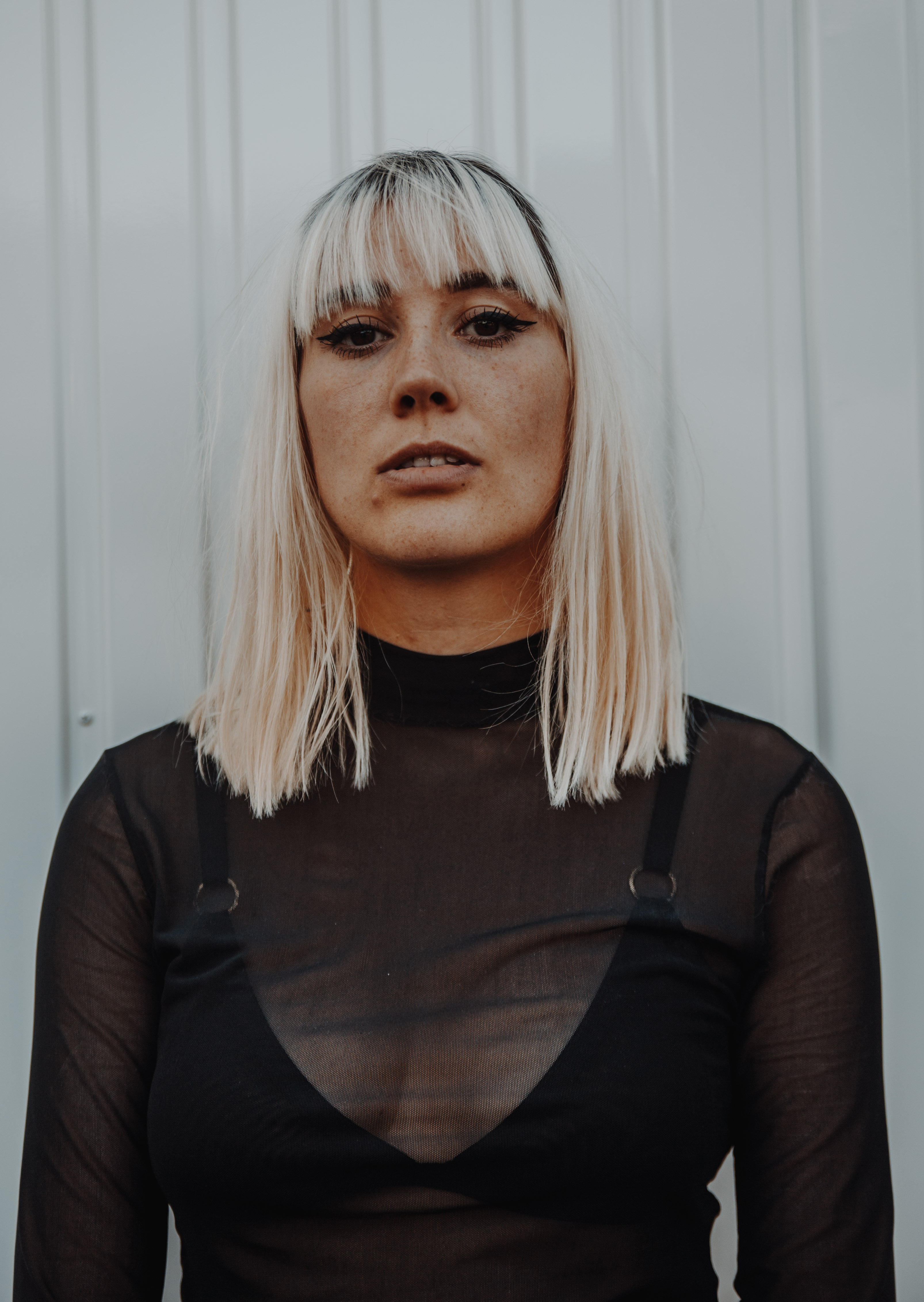 2018 in general has been a whirlwind year for you guys, it’s been crazy. What’s stood out in the last eight, nine months?
Theresa: This is the first year that we’ve actually played throughout Europe, and that’s been absolutely amazing. It’s great doing all these festivals, and Poland in particular stuck out for me.

Alex: Poland was definitely one of our favourite shows to play.

Theresa: They’ve all been insane, but that one was really good. Yeah, it’s just been sick and it’s nice to do all these other things aside from making the actual music.

The new EP, Teach Me to Fight, is also out now. Today, in fact. Last year you put out Heavy, so what makes Teach Me to Fight stand out in comparison? What’s changed?
Theresa: I think that we know where we are now. When I look back on Heavy I don’t really enjoy listening to it.
Alex: We were still finding our sound I think.

Theresa: Now we know where we wanna go, and it feels good.

Alex: This is where we want to be. We’ve been writing a lot in the eight months since Heavy came out and it feels really good.

Was there anything you did when working on Heavy which you wanted to switch up or do differently on Teach Me to Fight?
Theresa: Yeah, definitely. I think you can really hear that the relationship between the producer and the artist wasn’t really there on Heavy, whereas on this one we produced three tracks ourselves.

Alex: Yeah, three of the four tracks were produced by us. Fired Up was produced by Tom Dalgety. He’s great to work with and we all get along really well. The other three tracks we mainly worked on in our own little rehearsal space, which you can kind of hear in the recording.

Theresa: We felt a little bit under pressure too. Like, we’re working on another EP.

Alex: We did a lot on the road and in hotel rooms too. That kind of stuff.

Did the self-producing come out of necessity?
Alex: It’s something I’ve always wanted to do.

Theresa: Yeah, you’re really good at it and you love it.

Alex: We all have a pretty good ear for production so we all know what we want. We have a firm vision of where we want to go. There was quite a tight time constraint, too.

Theresa: Really fucking short! It was like, “can you do three songs now?”

Alex: It was good to have the pressure though.

Theresa: Yeah, but at one point we were all ripping each other’s hair out.

So this is the second EP. Is there a full-length in the works or are you going to stick to a couple more EPs first?
Theresa: We’re a really small band so we need to get a full, proper fanbase going before we move on to bringing out a full album. We’re probably going to do another EP, and I think we’ll release more music before an album.

Alex: We’re always working on the album, but there’ll definitely be another EP before that.

Away from the EPs you’ve had the likes of Grandson and Maya Jane Coles remix some of your tracks. Are there any other artists who you’d want to collaborate with on some level in the future?
Theresa: Oh, there’s loads. Tyler, the Creator is one which comes to mind.

Alex: Too many to name, really. 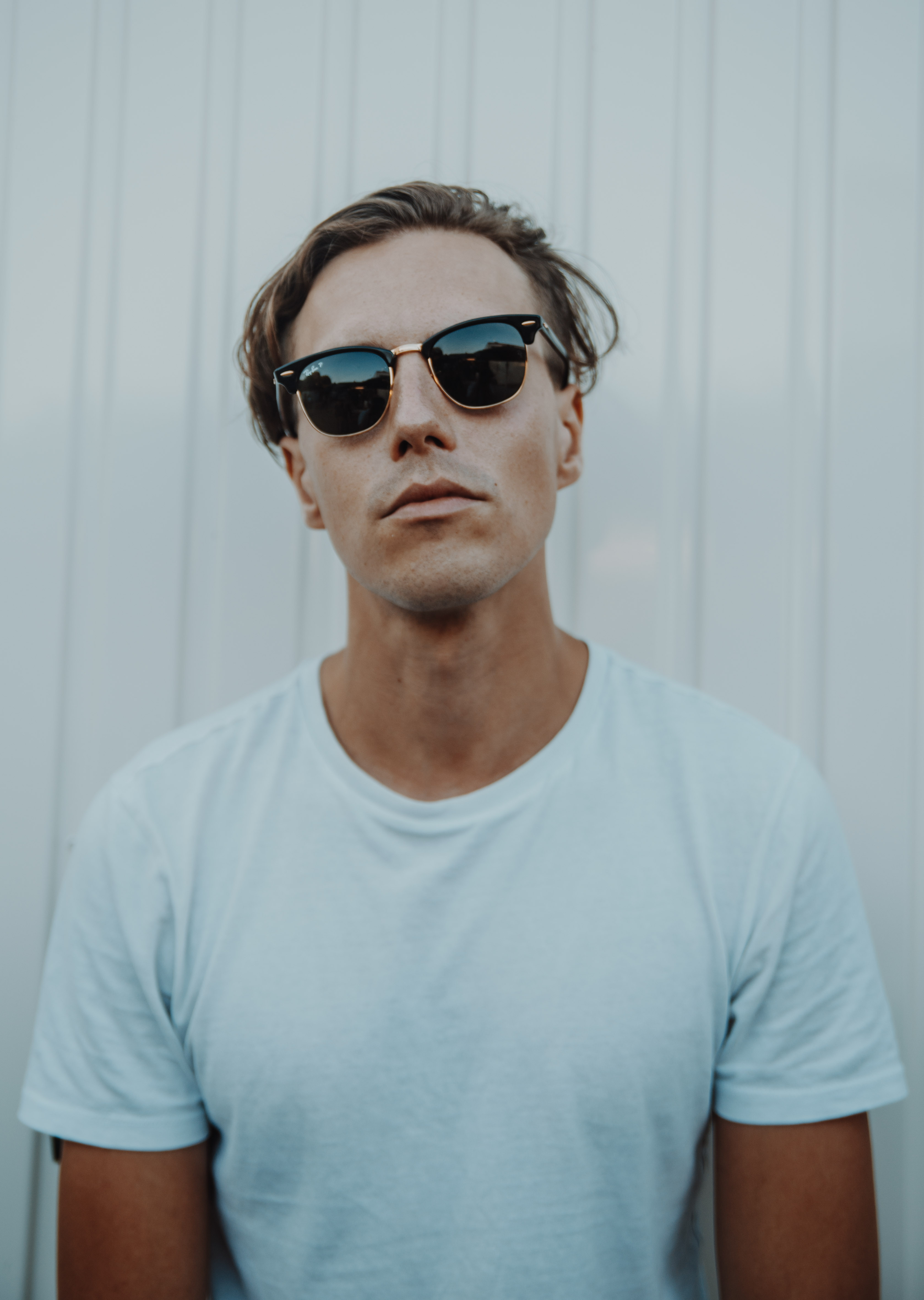 You’ve got the Electric Ballroom show coming up on 11 October. Is there anything special you’ve lined up for that?
Theresa: Yeah, we definitely will do that. This is the biggest show we’ve ever done, so it’s really exciting.

And with two EPs to your name it’s also quite the leap forward.
Theresa: Yeah. We were like, “fuck it, let’s do it!” If you’ve gotta do it then just go ahead and do it.

Alex: We’re really excited about it.

Theresa: We’re gonna do something which will make you feel like you’re on edge as well. If you keep doing the same it obviously gets boring.

We’re now slowly heading towards the end of the year. How do you see the coming months ideally panning out in the world of YONAKA?
Alex: We’ve got another big tour coming up which we can’t talk about just yet.

Theresa: Oh my god! That’s going to be amazing, yeah.

Alex: That’s coming out in October, the news of that tour. We’ve got the London show in October too, and apart from that we’re just gonna be writing and lock ourselves away.

Theresa: That tour is going to be for the whole of November, so we’re gonna be on the road a lot. Next year we’re gonna do our own headline tour and maybe attack Europe as well. Attack! We’ve never done a headliner in Europe so we’re gonna aim to build it all up next year and really go for it. Teach Me to Fight is out now. Catch YONAKA at the Electric Ballroom in London tomorrow (11 October).