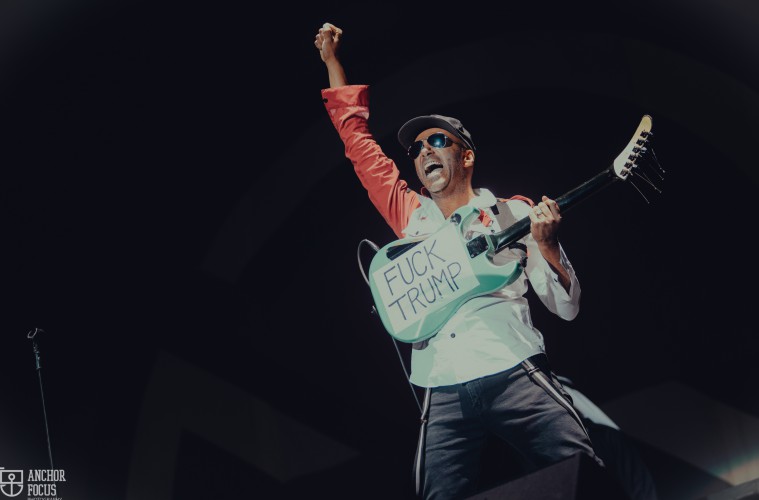 Rage Against the Machine Drummer Calls For Reunion

Rage Against the Machine‘s Brad Wilk has spoken out about his hope for a full band reunion.

The legendary American hard rockers, who last performed together at LA Rising in 2011, have long been one of hard rock’s most influential and prominent bands, influencing the likes of Muse, Limp Bizkit and Korn with their forward-thinking blend of nu-metal and hard rock. They initially split in 2000 after the release of Renegades, before undergoing multiple reunion shows between 2007 and 2011.

Now, drummer Wilk has said that nothing would make him happier than a reunion between himself, Tom Morello, Tim Crommerford and Zack de la Rocha. Speaking on the Let There Be Talk podcast, he claimed that all it takes is for the four band members to be back on the same page together. “Nothing would make me happier than to be able to fuck shit up right now with Rage Against The Machine” he said.

Wilk added: “If that will happen again or not, I have no idea, but I know at least the four of us are amicable and can talk to each other, and actually even go hang out on occasion, so I think we just want to be friends first more than anything.”

As of yet, there are no solid plans for the band to return, with Wilk, Crommerford and Morello spending 2017 and part of 2018 on the road in support of their new Prophets of Rage project, which also features members of Cypress Hill and Public Enemy. The live tour in support of their acclaimed debut album saw them perform a handful of Rage Against the Machine classics, including the seminal Killing in the Name.

Listen to the entire podcast below, in which Wilk also discuss why the band haven’t reunited since 2011,  what Zack de la Rocha has been up to in the meantime and how he once auditioned for Pearl Jam.