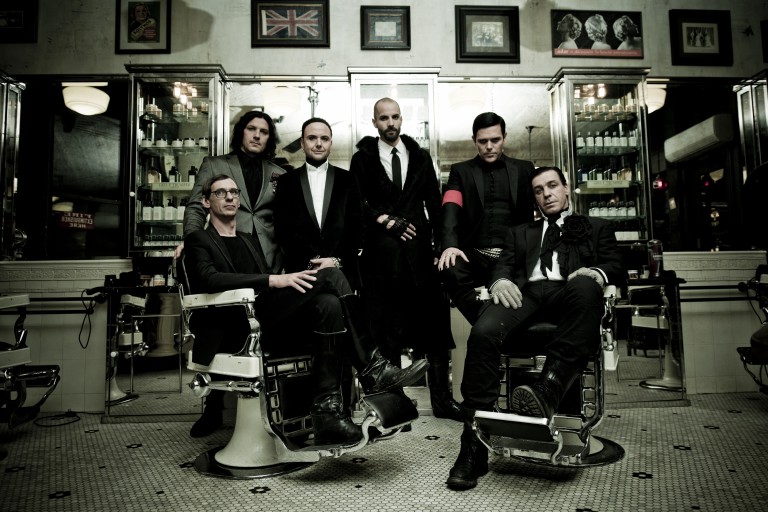 Rammstein: Paris will be screened in 350 cinema’s across the world as Till Lindemann and co. bring their notoriously controversial live show to the big screen.

Tickets for the film, which was recorded at their huge Bercy shows in Paris five years ago, are now available here.

A description of the film reads: “During the “Made in Germany” tour, Swedish director Jonas Åkerlund filmed two acclaimed Rammstein concerts in March 2012 – each for an audience of 17,000 at the Palais Omnisports in Paris. In the resulting film (with 16 songs from the entire repertoire), Jonas Åkerlund takes a radically new approach to capturing the emotion and thrill of Rammstein’s live performance.”

Director Jonas Åkerlund adds: “We shot two nights in Paris, and we had 30 cameras, so that gives you 60 angles, plus we shot a dress rehearsal for close-ups. That gives you a massive amount of footage. This is a whole Rammstein-show, and I take the footage and cut it with the same precision that I would a 3-4 minute music video. Even with a big crew of editors, it took us over a year to nail down the edit. Looking at it now – that is the strength of this project. It really brings the show alive and shows what Rammstein is all about. I am very happy with RAMMSTEIN: PARIS. What this film shows wasn’t just relevant four years ago – it will always be relevant. Rammstein is a timeless work of art. And even if it might sound a bit pretentious, I’d like to say that I don’t think that this level of precision will ever again be attained in a concert film. The film is unique.”

Watch the trailer for Rammstein: Paris below.