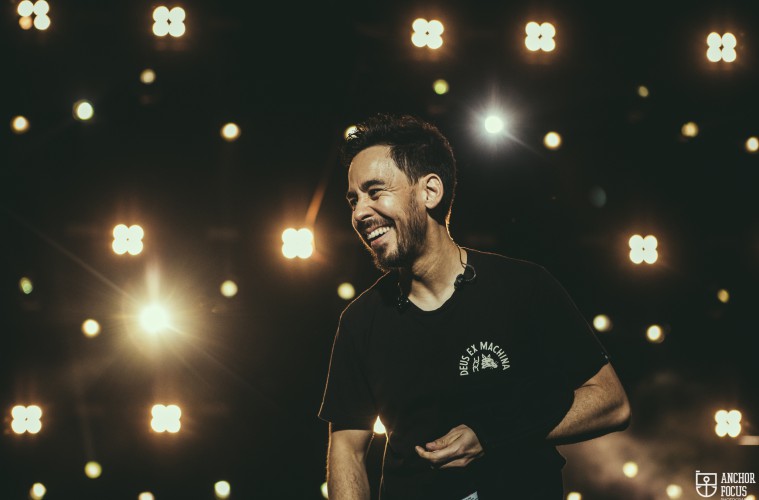 READER’S CHOICE: The Best Albums of 2017, As Chosen By You

It’s been an eclectic, whirlwind year for music. From some absolutely spectacular comebacks and breakthrough records to albums some probably wished didn’t exist, there was certainly something for everyone. Throughout December, we’ll be rolling out our own critical opinions of the year’s best records. First, though, we’re preceding our professional judgements with your own thoughts. Earlier this month, our readers submitted us their favourite records of the year, and below we’ve collated some of the best responses.

ONE MORE LIGHT by LINKIN PARK (Submitted by Nöelle Zarrouk)
“The songs are so beautiful and meaningful, and the lyrics touch my heart and soul. It makes me sad that he [Chester Bennington] felt this way when he was still alive. His soul lives forever in his music.”

THE SPARK by ENTER SHIKARI (Submitted by Stan Waals)
“They chose a more personal approach this time, and I think it works. On The Spark you can really hear how they’ve developed as a band, and it’s an easy album to introduce people to the them.”

ALL WE KNOW OF HEAVEN, ALL WE NEED OF HELL by PVRIS (Submitted by Demi Peeters)
“They’ve matured a lot over the last two years, and you can really hear it on this album. It still has that gloomy vibe, but it’s different and good. Lynn’s voice has a lot more power to it, and they don’t ‘hide’ the true meanings of their songs anymore; they say it as it is. Blake [Harnage] did another awesome job at producing on this album. I can really connect to a lot of the songs on this album, and tracks like No Mercy and What’s Wrong are bangers. The only ‘bad’ thing I have to say about the album is that Lynn’s voice sometimes sounds a little bit too blurred due to the mixing.”

WAITING FOR THE MORNING TO COME by BEING AS AN OCEAN (Submitted by Milou van de Brug)
“This was the album that got me into Being As an Ocean, and I am so thankful it did. While it may contain a little too many instrumentals, it flows together so well and their lyrics are unmatched. It’s really experimental and unlike anything I’ve ever heard, and it’s definitely worth listening to.”

The above four records weren’t your only favourites, though. Honourable mentions must also go to MESMER by Australian metalcore outfit NORTHLANE, who released the hard-hitting album out of absolutely nowhere back in March. A few of you also made a point of picking Californian post-hardcore outfit MOVEMENTS’ debut record FEEL SOMETHING, as well as COUNTERPARTS’ YOU’RE NOT YOU ANYMORE. PARAMORE‘s glossy return on AFTER LAUGHTER featured a handful of times, whereas music by KNUCKLE PUCK (SHAPESHIFTER), TOKIO HOTEL (DREAM MACHINE) and DUA LIPA (SELF-TITLED) also did extremely well amongst all of you throughout the course of this year.

Check out a playlist below which features music from all the above mentioned records, and check back in December for our own Album of the Year list.