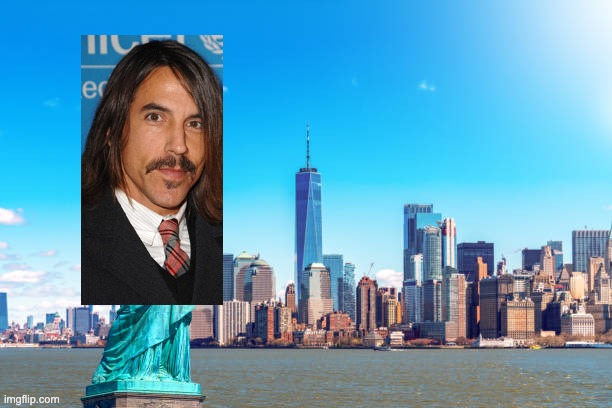 If there’s one thing the pandemic has taught us, it’s that anything can change at the click of a finger. Lockdowns and quarantine had an enormous impact on our personal lives, our love lives and our passions. So much so, that one iconic rock band has made an unexpected leap.

According to reports, the Red Hot Chili Peppers have pledged their full allegiance to New York City. In a move which will shock many (if not all) fans, Anthony Kiedis and co. have bid farewell to California in favour of the Big Apple. No more Hollywood Hills, the cutthroat streets of Brooklyn are now where it’s at. The news was confirmed today by the Californian Tourism Board in what will come as a huge economic blow to the West Coast.

Speaking of the decision, frontman Kiedis said: “We’ve written so many songs about California but on this album we just stopped feeling the love. So we did some travelling and fell in love with a city full of more love than California can handle – New York.”

In exchange for the Red Hot Chili Peppers’ departure from California, the Sunshine State will now receive The Velvet Underground’s income via the New York Tourism Office. The news comes just as the band prepare to put out new album Unlimited Love, their first with returning guitarist John Frusciante since he announced his comeback in 2019.

All proceeds from the sales of Unlimited Love will go to the Californians Living in New York Fund.