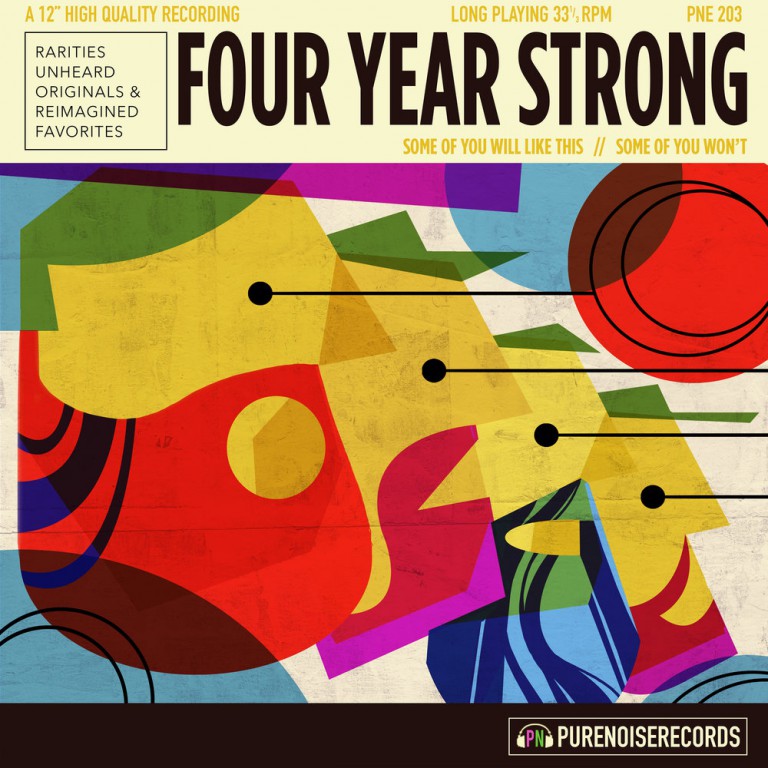 Massachusetts based pop-punk group Four Year Strong have historically tilted towards the heavier side of the genre, but their newest effort “Some of You Will Like This, Some of You Won’t” shows a softer side to the band. However, the end result is abysmal.

The title of Four Year Strong’s newest release is a very straight-forward and telling message. How upfront the band was with this title shows that they accept that some of their fan base might not come to like this record, nor do they seemingly care. Some of You Will Like This, Some of You Won’t is a series of acoustic re-recordings of previous fan favorites along with some new material. Four Year Strong helped rekindle the pop-punk genre; forming in 2001, there’s very little the band hasn’t tackled in their respective genre. This rarities and collections album, however, is part of that little bit they haven’t done, until now.

When looking at the album, it felt messy to for any odd reason. The album runs 12 tracks long totaling 46 minutes of run time. This record didn’t lack an identity, however, this album lacked cohesiveness and effort too often throughout. Four Year Strong seemed to have ideas and concepts for this album laid out well, but then executed them poorly. The first track, It Must Really Suck to be Four Year Strong Right Now, a remake off their 2010 album Enemy of the World, starts off smooth and melodic with piano and acoustic guitar at the forefront. Dan O’Connor and Alan Daly’s vocals start out soft after a serene intro, then garner intensity toward the middle and carry it throughout the remainder of the track. It began to sound something like a Mayday Parade ballad. There are definitely some bright spots on this LP, like on the remake of We All Float Down Here, which the band gives a vintage southern rock energy.

Heroes Get Remembered, Legends Never Die adds a sweet touch. The frontmen trade off vocals with ease, and the guitar pulsates throughout the track, seemingly keeping Dan and Alan’s vocals at bay. As a whole, however, listening to this record all the way through was a cringe-worthy challenge. The vocals on a few tracks don’t match the tempo or tone of the song. The filler tracks on Some of You Will Like This… are forced to pick up the slack for their lack of execution on most of the remade tracks. They’ve historically created music on the heavier side of pop-punk, and they’ve established their place in the genre. An acoustic album from a punk band isn’t uncommon by any means, but the success rate of them isn’t exactly through the roof.

This record was uncharted territory for Four Year Strong, and you have to give them credit for giving it a shot. And if there was a time to do it, a rarities & collection album is the place for it, but it simply didn’t work to its fullest potential. This album of stripped back acoustic reworkings will appeal to a niche of Four Year Strong fans, while others simply won’t come to enjoy it.