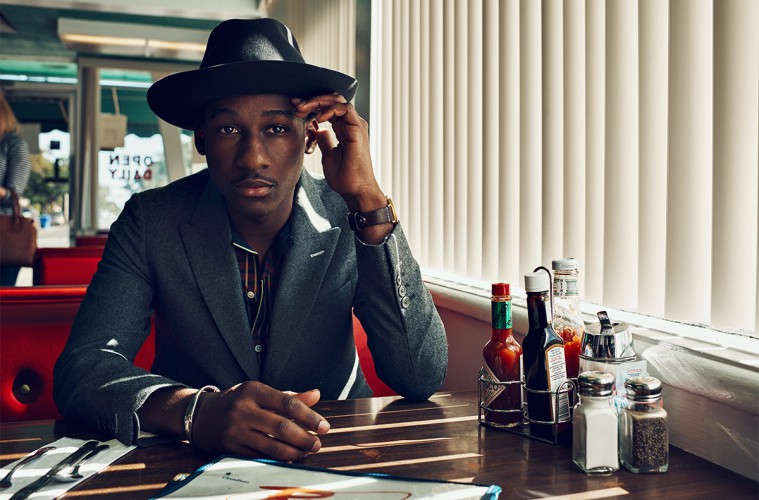 On debut album Coming Home, Texan R&B soul singer/songwriter Leon Bridges took us into a time machine and parked in the early 1960s, delivering smooth melodies and a warm voice that spoke of true romance and soul. He paid homage to the soulful acts of the time in Otis Redding and Sam Cooke, and did a compellingly good job at it. However, this direction for Bridges left us guessing as to where he would go next. Would he stay nostalgic and remain in previous decades, or expand? We find out on follow up album Good Thing that Bridges maintains a vintage sound, yet expands his horizons and incorporates more contemporary techniques into his work.

Leon Bridges continues to wear his heart on his sleeve and deliver touching, heartfelt vocals that smoothly wash over you. His messages of romance continue to be a heavy, yet genuine topic, but it’s more ambitious on Good Thing. Notably on single Beyond, Bridges pours his heart and thoughts out regarding his lover. “Will she have my kids, will she be my wife? She might just be my everything and beyond,” he sings graciously. His songwriting on tracks like this speak of true intimacy, as he remains gentlemanly and possesses a gripping determination to prove himself to the one he loves. Shy has an engulfing rhythmic guitar that carries a shadowy patience, while Bridges assures his lover that she can be shy around him.

You Don’t Know carries an upbeat energy that tips its hat to its R&B contemporaries, showcasing airy vocals from Bridges that we haven’t heard before. That same upbeat energy appears on If It Feels Good (Then It Must Be), where the instrumentation promptly captivates you with its guitar funk and catchy chorus. This point in the album is where it begins to become evident that Bridges is testing unfamiliar waters with his style. It shows us that Bridges has the ability to make songs for people to straight-up dance to, and not solely rely on lyrics yearning for the love of his life.

Good Thing shows us that Leon Bridges can throw his hat in the ring as a contender for one of R&B and soul’s top voices. His voice remains his biggest strength, and it showed more versatility this time around. He’s already proven that he can emulate a classic soulful approach, and now he’s proven that he can not only jump to the present, but even combine the two approaches within one album. Bridges remains unpredictable in his direction as an artist, more or less because he’s paving his own path. He harbours pop star material, but also carries a soulful voice that the new generation of music desperately needs. Good Thing is out now.