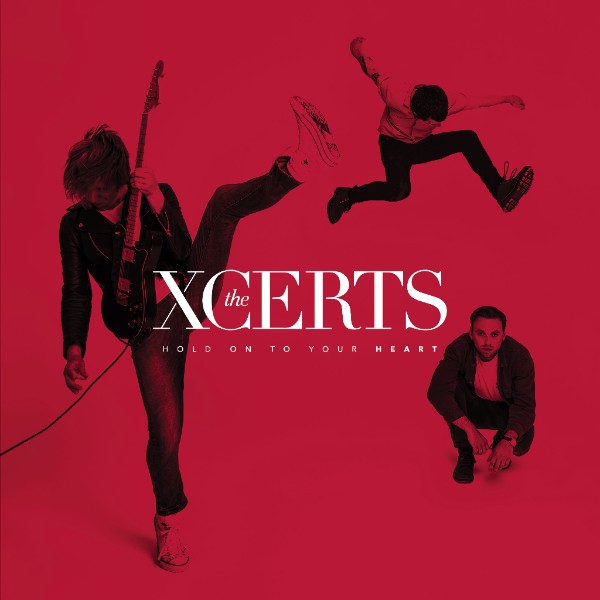 REVIEW: The XCERTS – Hold On To Your Heart

Three piece British power-pop group The XCERTS have always worked tirelessly with their craft. They’ve established themselves as one of the most consistent bands in the UK rock scene, with their ceiling well and truly raised after their successful third studio album, There Is Only You. But that was back in 2014. After a series of successful singles, such as summer release Feels Like Falling In Love, plenty of anticipation was built up for what their next record would bring.

Evidently, the XCERTS have strayed away from the contemporary influences, and on their new album Hold On To Your Heart, they wear their 80s inspirations on their sleeves, notably in a similair vein to Springsteen and Tom Petty. The modern influences are certainly present, however. I kept finding myself drawing comparisons to the 1975 throughout listening to this record. The guitar sounds are lusty and liberating, paired with lead singer Murray Macleod’s vocals. There are several instances where the saxophone or piano take the forefront, throwing some classic rock elements into the mix. Lyrically, it circulates around the themes of finding and losing love, as well as hope prevailing in times of hardship. Hold On To Your Heart pushes its listeners to feel. The three of them do a stellar job of cohesively creating a stripped back record that takes us through an arsenal of emotions and various personal adversarial experiences.

Album opener The Dark kicks off the record with a heart-wrenching piano and lyrical combination. “Tell me when the worst is over,” Macleod repeatedly sings with passion. Macleod’s tone gives you a quality glimpse into the mental state he was in after the traumatic experiences of losing loved ones. After you hear the following track, Daydream, you begin to pick up that the message of the album is in fact, its title: Hold On To Your Heart. You can determine this just through the lush sounds that jump out at you. Murray Macleod sings us through some self re-discovery after going through those dark times.

Simply put, this album is made for hopeless romantics, brought to us by a band of hopeless romantics. First Kiss is a perfect example. Macleod sings about his longing for a new love, as well as his struggle to end an old one. “I keep searching for that first kiss feeling,” he declares. Album closer Cry carries a slow and melancholic guitar tone, and Macleod takes the forefront with a very apologetic and somber tone, being accompanied by the saxophone in the process.

The XCERTS’ growth as a band took a big leap forward with Hold On To Your Heart, and they’re quickly climbing the ladder in a crowded UK rock scene, establishing themselves as a band with classic influences who put a modern twist into their craft. It’s safe to say that the three year wait for this album was well worth it.

Hold On To Your Heart comes out on Friday, 19 January. The band are also doing a UK tour, and you can check out the full itinerary here.