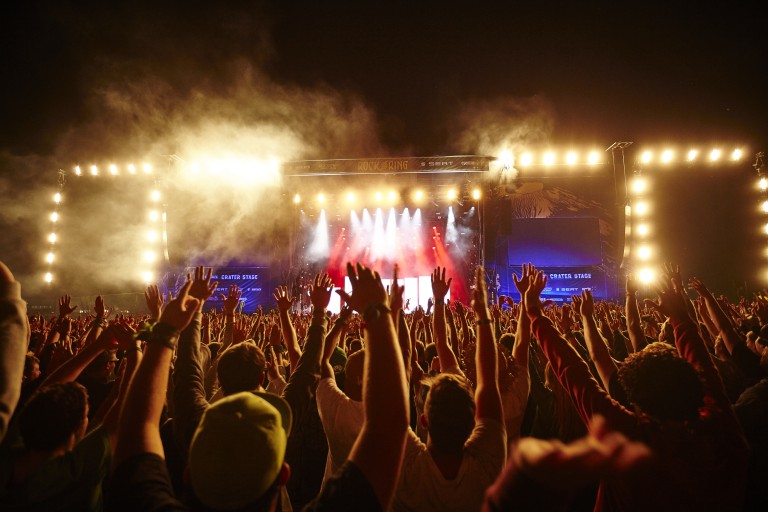 With Rock am Ring little under a month away, we’ve decided to take a second look at the line-up in order to round up another batch of suggestions. We previously recommended the likes of Biffy Clyro and Of Mice & Men to you, and now we’re going to take a look at the best non-heavy bands set to descend upon Mendig from 5-7 June. LONELY THE BRAVE
Lonely the Brave have been one of the most consistent and exciting British bands of the last two years, with sophomore record Things Will Matter slated for release at the end of May. Lead single Black Mire demonstrated a darker side to the band, before its follow-ups What If You Fall In? and Rattlesnakes showed us how David Jakes and co. have progressed since debut album The Day’s War. Things Will Matter is still filled with euphoric anthemic moments, but overall it’s shaping up to be the sound of a band who’ve finally found their place. They’re yet to breakthrough in Germany, so don’t be surprised if their shows at Rock am Ring and Rock im Park become the start of something special. MAJOR LAZER
“All we need is somebody to lean on” sang Danish vocalist MØ on Major Lazer’s hit track Lean On, which has now skyrocketed to become the most streamed song ever on Spotify. Its lightly pulsating electro-house and Bollywood-themed music video were two musical staples throughout the whole of 2015, with Diplo and his comrades continuing to ride the wave of success throughout 2016. And as if that wasn’t enough – Major Lazer’s live show is an absolute wonder to behold all the way from its hamster ball antics to a light show which even the most skilled technician could be jealous of. If you need a break from the 0000-breakdown guitars and blast beats, then get yourself down to Major Lazer’s set for the biggest party of the whole weekend. PANIC! AT THE DISCO
It’s hard to think of Panic! at the Disco as anything other than a modern day moniker for Brendon Urie’s solo escapades. Back when the ‘band’ released A Fever You Can’t Sweat Out, Urie was accompanied by three bandmates. Now, though, he’s all alone and going for it even harder than ever before. January’s Death of a Bachelor embraced soulful electro pop with open arms, opening another door of opportunity for Urie to release a newfound brand of inner catharsis. It may be a world away from the P!ATD whom the world fell for some ten years ago, but it still carries enough of Urie’s hallmarks to resemble his glory days. Rock am Ring will likely be a homecoming for one of the scene’s longstanding heroes, so don’t miss out.

RUDIMENTAL
Now look, Rudimental aren’t the kind of band who we’d usually spend time covering, but you’ve got to admit that they’ll definitely be putting on a huge party in Mendig come June. The drum & bass/soul collective (call them what you will) spend most of their time atop the charts whilst they blend various electronic and soulful genres alongside a whole host of guest stars. The likes of Ella Eyre, Foy Vance and Ed Sheeran have all collaborated with Rudimental, and that isn’t without a good reason – Rudimental know what they’re doing, and Germany has always welcomed them with open arms. Rock am Ring will be no different. TENACIOUS D
Jack Black and Kyle Glass back onstage together? It can only mean one thing: Tenacious D have returned and are 100% ready to slay stages the world over once more. The parodic duo may often rely on a barrel of jokes to support their live show and not-so-serious music, but they’re definitely one of the most recognizable names in modern day rock. Having said that, though, they haven’t actually released anything new since 2012’s Rize of the Fenix. Whether or not their shows this year will feature new songs remains to be seen, however we can be sure of the fact that they’ll pose as a nostalgic trip down memory lane. Raise (or raize, however you want to put it) your fists into the sky, because Tenacious D are back. UNCLE ACID & THE DEADBEATS
Doom-psych outfit Uncle Acid & the Deadbeats are one of the most underrated bands of the last few years, having spent a good few years effortlessly mixing mind-bending psychedelia with pain-inducing hard rock (which finds its roots embedded deeply in Black Sabbath’s deep cuts). Chuck in some elements of grunge and sludge metal and you’ve got one of the darkest and gloomiest bands of the weekend, something you can’t miss if you like your music dark, hypnotic and no-holds-barred. Prepare to bow down to Uncle Acid and say your prayers, because he and his Deadbeats will take Mendig by storm.

Rock am Ring 2016 takes place from 5-7 June at Flugplatz Mendig. Listen to the official playlist below.