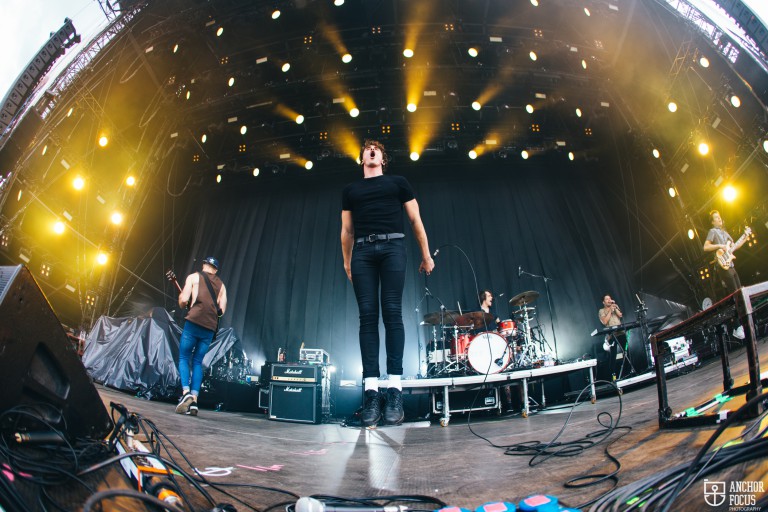 ROCK AM RING 2018: Five Artists You Need to Check Out

In little more than a month, Germany’s famous Nürburgring will once again open its door to upwards of 80,000 festivalgoers for what is undoubtedly one of the year’s biggest music festivals: Rock Am Ring. The huge event – which is accompanied by Bavarian brother Rock im Park – has seen a fair few ups and downs over the course of the last three years, but it looks to be the case that 2018 will serve as its rightful resurrection year. Rock am Ring has been at the forefront of rock music history for decades, and this is certainly reflected in the massive line-up which they’ll be putting on this year. Spearheading the billing in June are Muse, Foo Fighters, Thirty Seconds to Mars and Gorillaz, four acts who don’t exactly need much of an introduction and who are deeply cemented in Rock am Ring’s history books. Despite making way for a light shift towards electronic music and hip hop in recent years, it looks like guitars well and truly at the core this year, with some of today’s hottest bands making their way to the famous race track in six weeks. We’ve scoured the line-up to select five non-headlining artists who are undoubtedly worth your time at Rock am Ring.

St Albans’ Enter Shikari are no strangers to Rock am Ring, having appeared at the bash four times since debuting in 2007 on the back of successful debut album Take to the Skies. Rou Reynolds and co. have come a hell of a long way since then, releasing the game-changing The Spark last year to much critical acclaim. The album may be their ‘softest’ (make of this what you will) to date, but it’s also one which has allowed them to up their multi-faceted live game even more than ever before. There aren’t many bands around today who make as much of an impact as Enter Shikari do, and Reynolds and his men are all the more unique for it. Experiencing Enter Shikari live is equal parts cathartic, epic, momentous and unforgettable, and we challenge you to find a band better suited to working up sweaty Germans than them. Go on.

The rise of Nothing But Thieves has been unavoidable in recent years, so you’d be surprised to learn that Conor Mason and co. are yet to grace the stage at Rock am Ring. The band’s relationship with Germany was one which took a while to elevate, however a show-stopping set at Lollapalooza Berlin (below) back in 2016 changed all this as the quintet rounded up a successful debut album campaign. Now with sophomore album Broken Machine to boot, Mason and his men are ready to conquer the world twice over as they take their enthralling live show to Europe’s biggest stages all summer long. Expect enormous anthems, killer riffs and jarring rhythms as Southend’s finest resume their worldwide victory lap in style.

It almost feels like déjà vu to talk about a Don Broco set at Rock am Ring, and that’s because it is. Last year, Rob Damiani and co. performed a powerful set in front of an enthusiastic crowd during the early afternoon, drawing from their first two debut albums as they succeeded in pulling of the weekend’s first big wall of death. The set left such an impression that they’ll now return to treat revellers to cuts from new album Technology, a collection of songs which well and truly serves as their current magnum opus. Don Broco’s live show has always been a powerful, high-energy affair. Throw tens of thousands of mosh-ready Germans into the mix, and you have a recipe for success on your hands.

Do you like Led Zeppelin? Yes? Then you’ll love Greta van Fleet. The American outfit are the perfect heirs to rock ‘n roll’s currently vacant throne, and you’ll have a hard time proving anyone otherwise. There isn’t really much else you can say about these four Michigan natives apart from that they really know how to rock the fuck out. Take our word for it.

In a dark dystopian universe, Greta van Fleet have disbanded and been replaced by Los Angeles’ cocaine-friendly answer to grunge: Starcrawler. The four-piece are a warped version of anyone’s craziest hard rock fantasy, largely fuelled by frontwoman Arrow de Wilde’s manic stage presence and knife sharp vocal delivery. Breakthrough single I Love LA is everything you’d expect from the band: short, sharp and filled with garage rock fury on a similar wavelength to Ty Segall and Oh Sees. Much like the rest of their back catalogue – which takes absolutely no prisoners and leave not one stone unturned – actually. Make it your mission to check out at least one band you’ve never heard of at Rock am Ring, and make that band Starcrawler.

Rock am Ring takes place from 1-3 June at the Nürburgring in Germany. Click here for more information, and listen to the official playlist below.