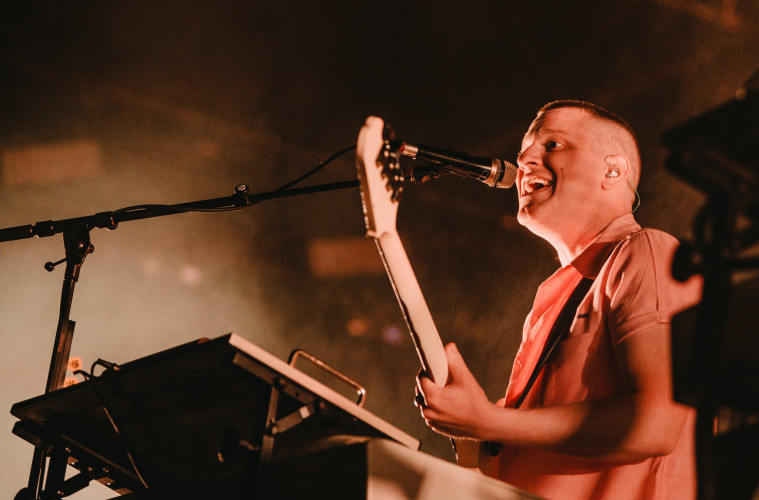 Rock en Seine‘s first day welcomed one of its biggest crowds to date, and so many wondered if the second day would ultimately live up to the high expectations set by The Cure. Based on the results of the Parisian festival’s Saturday, the answer is a resounding yes. Boasting a line-up which was slightly weaker than Friday’s opener, Rock en Seine still managed to offer something for absolutely everyone. We’ve plucked out the 5 best performances.

You may not have heard of Mathilda Homer before, but that’s exactly the charm of Rock en Seine. The French festival likes to throw some more underground-slash-newer artists into the mix on its more prominent stages, with London-based Homer taking up an early evening slot on the intimate Firestone Stage. It was the best stage for her and her sultry, jazzy music, turning the field into one big mass of swaying bodies. You didn’t necessarily have to be acquainted with Homer and her music for you to realise that you were watching one of the best performances of the evening. 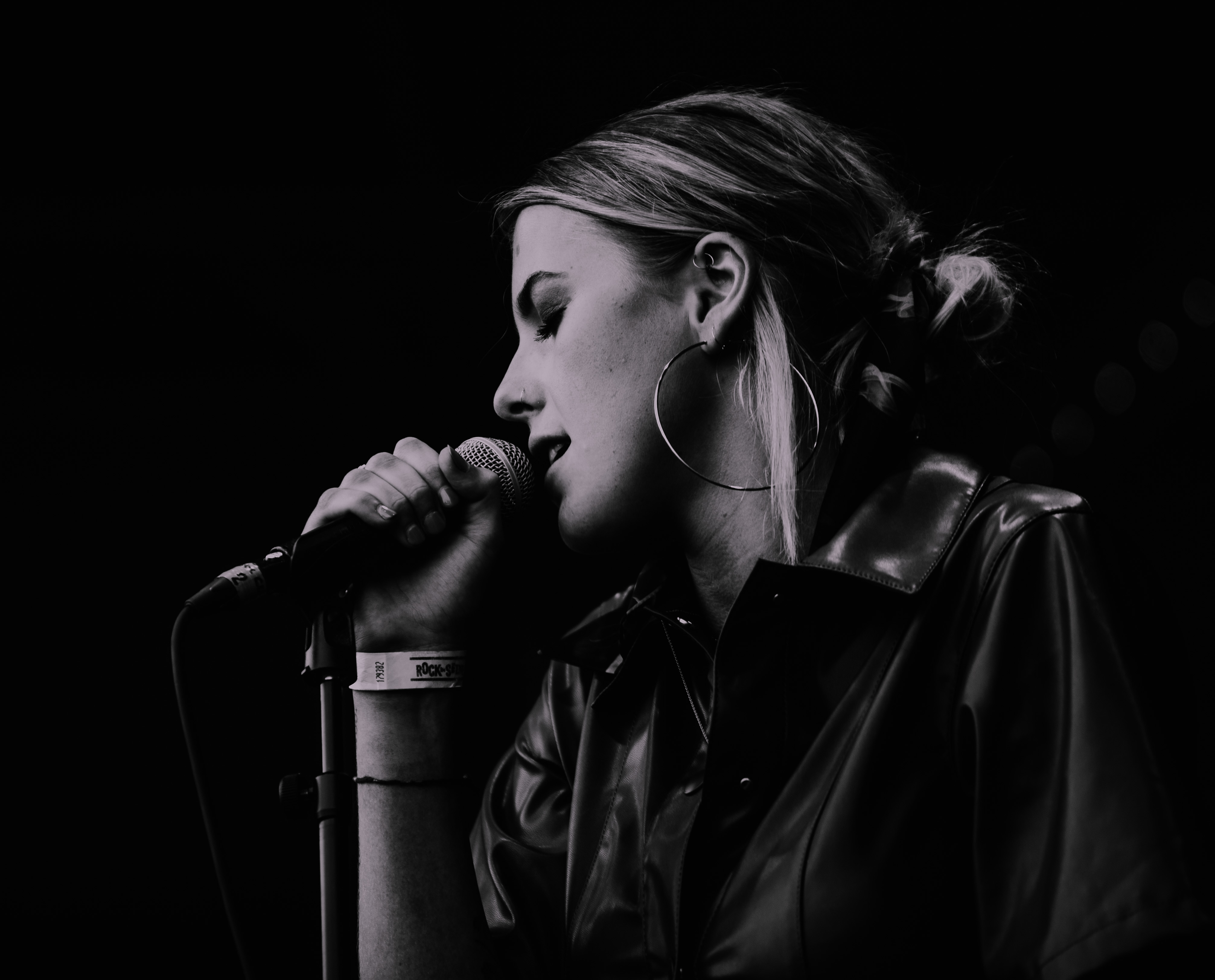 When you listen to Louis Cole‘s music on a standard streaming service like Spotify (yeah, we know), you’d expect his Big Band live show to just be a straightforward, jazzed-up jam session. Wrong. Cole rode on to Rock en Seine’s stage on a tiny children’s bike whilst wearing a skeletal bodysuit and Cheetos leggings. His band (brass section et al) all wore similar attire, the two lead vocalists engaging in some dance moves whilst Cole switched between a drum kit and his laptop to sync up each track. He found plenty of time to intersperse some sarcastic comments into his crowd chats,  his deadpan delivery adding some comedic elements to what was an overall fun way to start the evening. 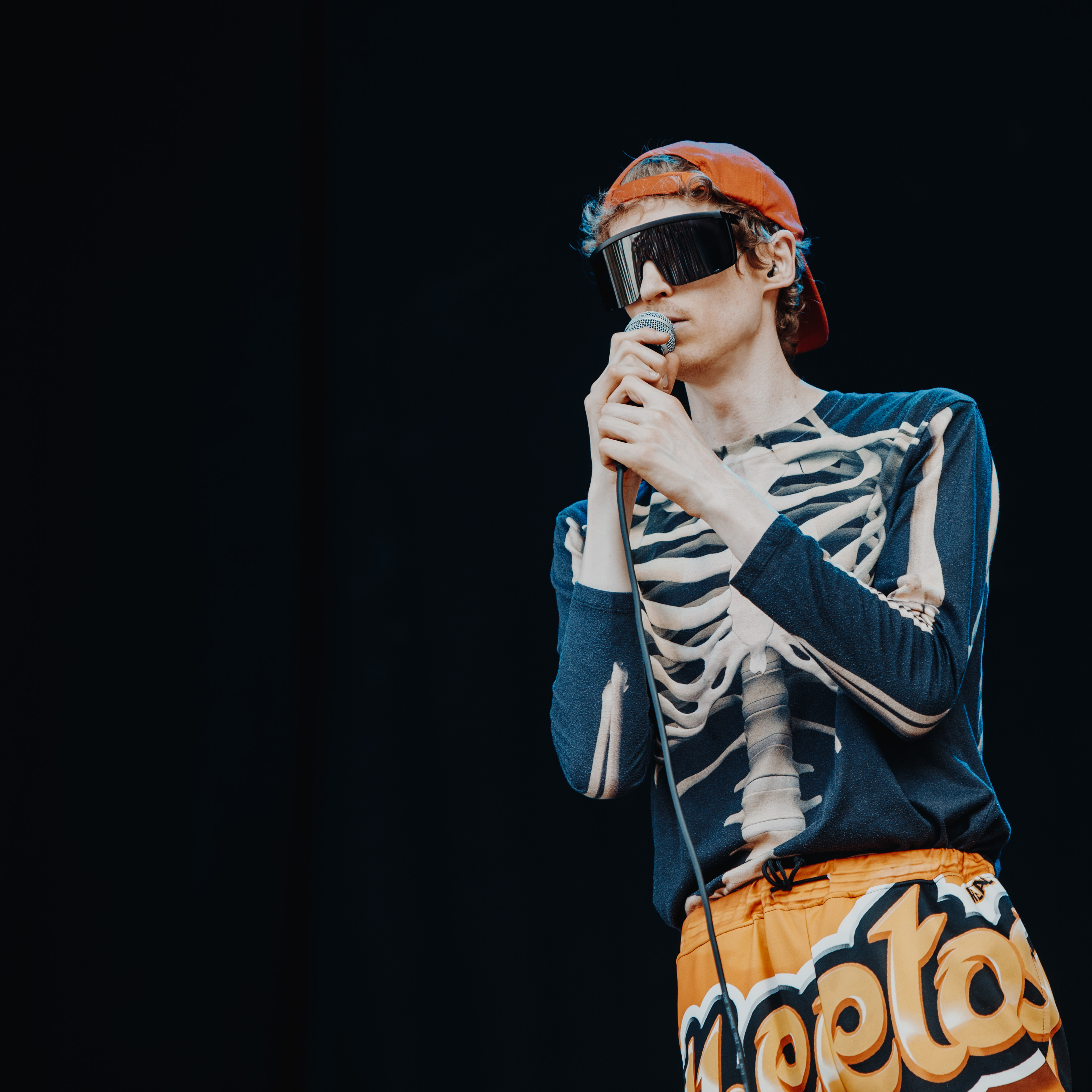 Let’s get one thing straight: Jorja Smith has the voice of an angel. It should thus come as no surprise that her popularity in France has gone by leaps and bounds, with her billing as co-headliner a surprise to, well, nobody. During a solid hour on the festival’s main stage, Smith and her band introduced Paris to cuts from acclaimed album Lost & Found. Opening on the title track, Smith had the crowd in the palms of her hands and didn’t let go until the final note echoed out through the PA and over the full field. A field which was still full come the finale, because that’s exactly the response Smith warrants. 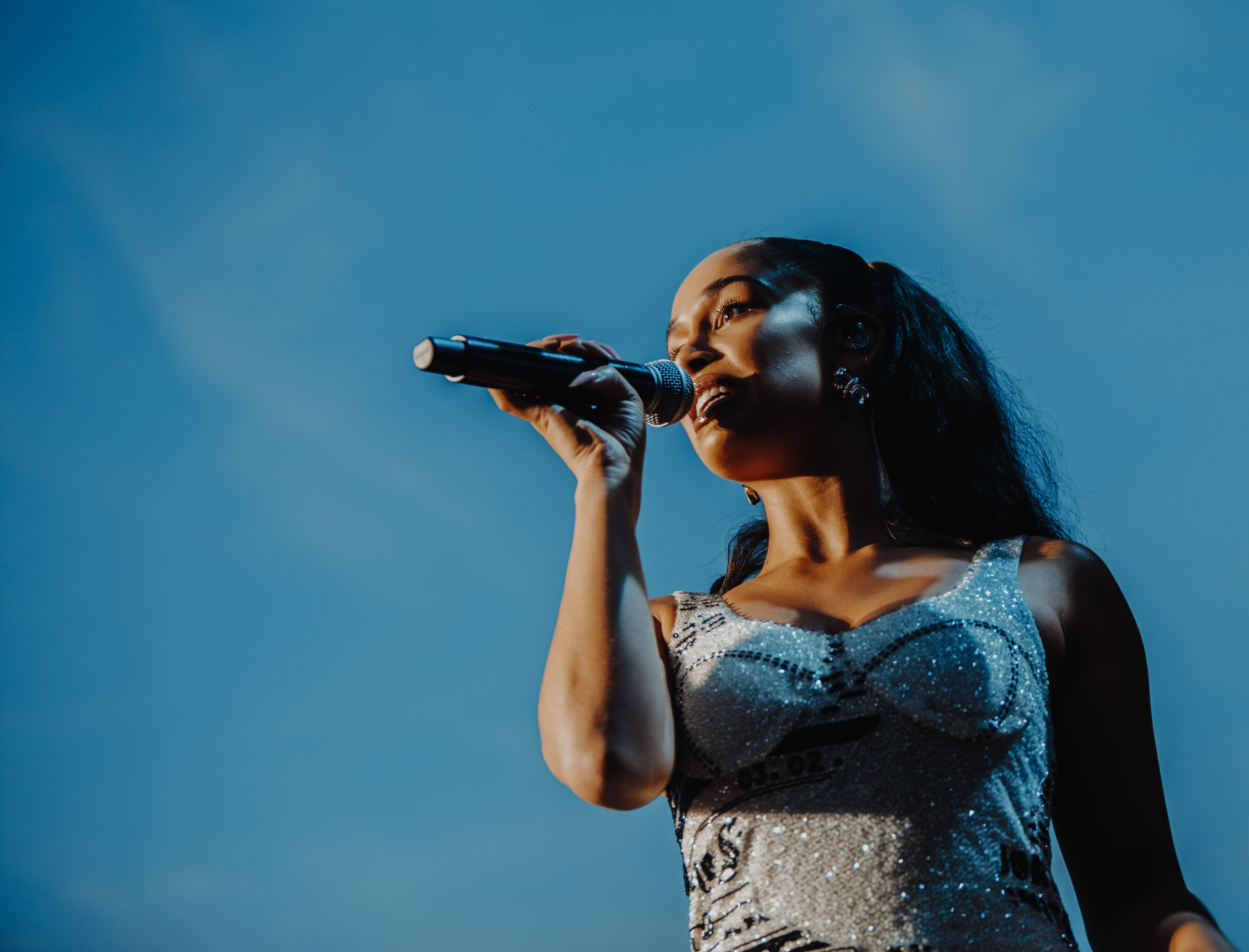 Sure, we get it. There are plenty of bedroom pop singer songwriters; in fact, legend has it that there’s at least one on every street corner in Scandinavia. But Norwegian Girl in Red is different; she and her band evoke this fresh feeling of youthfulness which can often get lost in and amongst jangly chord progressions and sad lyrics. During her show on the Cascade Stage in the relative heat, Marie Ulven and co. took the crowd on a nostalgic, brazen journey through the trouble and strife of teenage youth. And guess what? It worked. 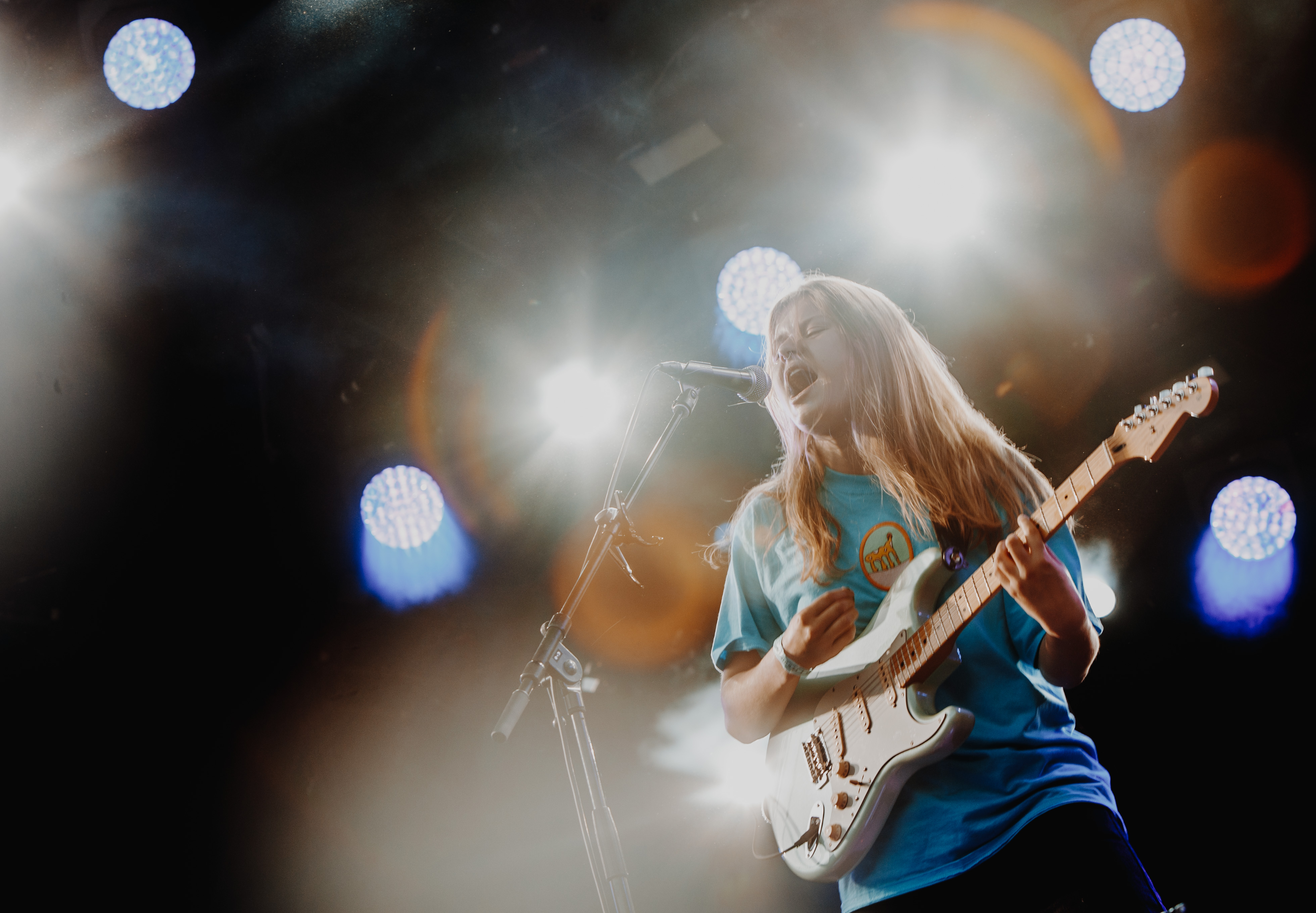 Funk collective Jungle are so solid that every single show they play is all sorts of magical for all the right reasons. New album For Ever – their second – is a wonderful exercise in soul and funk, featuring ultimate highlight Heavy, California as well as classic FIFA track Beat 54 (All Good Now). Jungle are an incendiary live band, returning to bigger and bigger stages every time they come back around. Their show on Rock en Seine’s Cascade Stage ultimately proved to be the standout show of the entire day, packing out an entire field with sultry jams, slick harmonies and enough groove to feed an entire village. 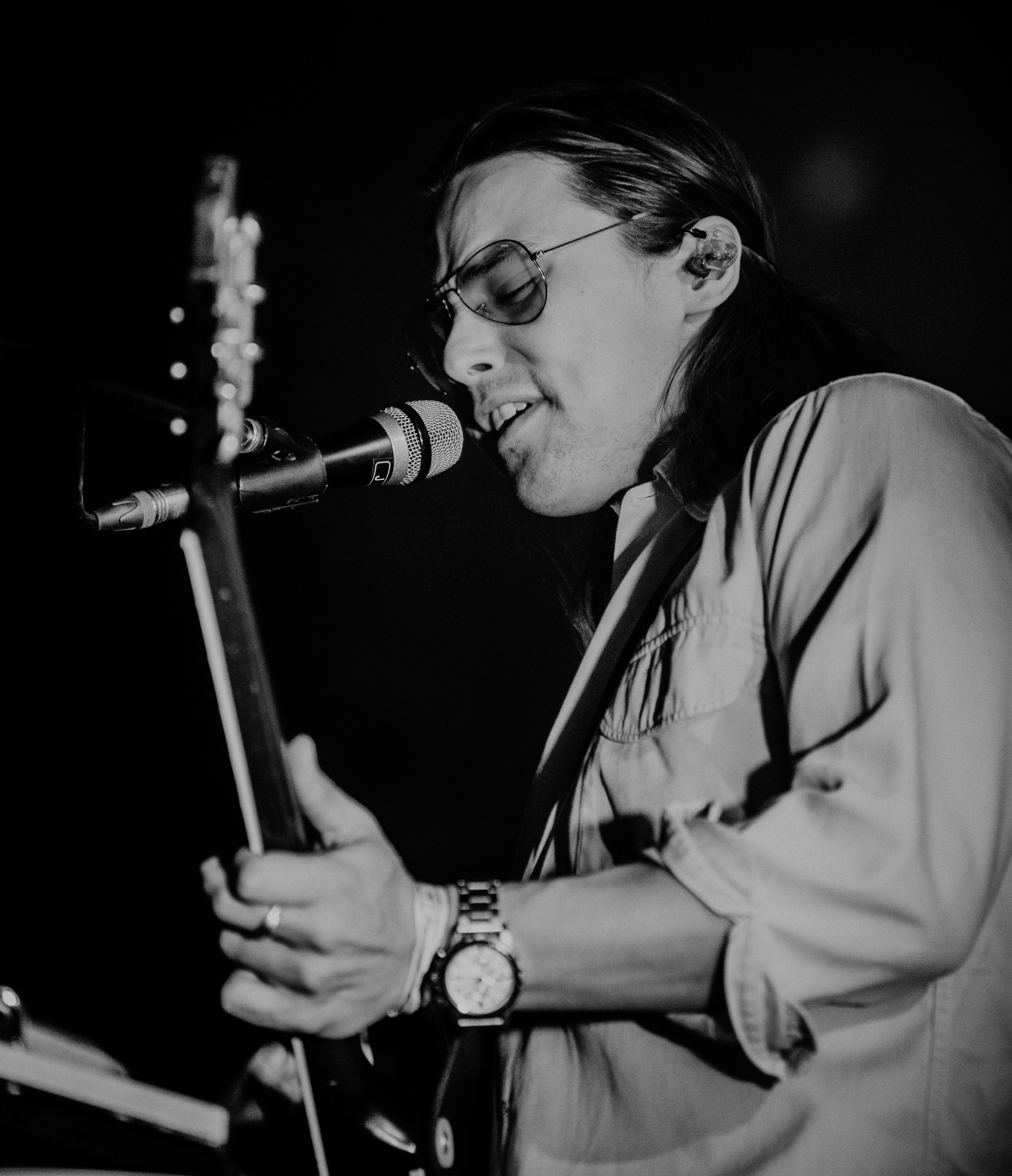