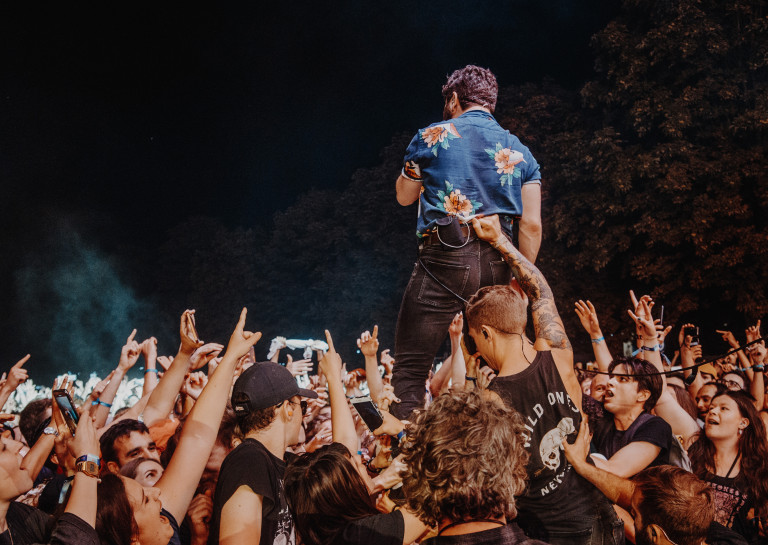 The last festival day is often the best one for a multitude of reasons: the longing to go wild one last time, the realisation that real life is about to resume, or just that you need one more fix of fantastic live music and everything which comes with it. Luckily, the searingly hot final day of Rock en Seine quite literally had it all, from rock superstars and a future queen of pop to a band who ultimately carried the entire day. Here is Sunday’s Top 5.

Supergroups can be a funny thing, right? On the one hand you have the combined skill of some wonderfully talented artists from different backgrounds (who come together to create magic), and on the other hand you just have a collection of semi-known musicians trying to create something their own projects wouldn’t warrant. This much could not be said for Los Angeles’ Mini Mansions, though. The trio combine slick rhythms and tight grooves to form a whole which borders on both indie rock as well as soulful funk rock. The result is nothing short of special (Vertigo is a banger), and even the searing heat didn’t faze a dedicated throng of French fans who braved the sun to catch the band. 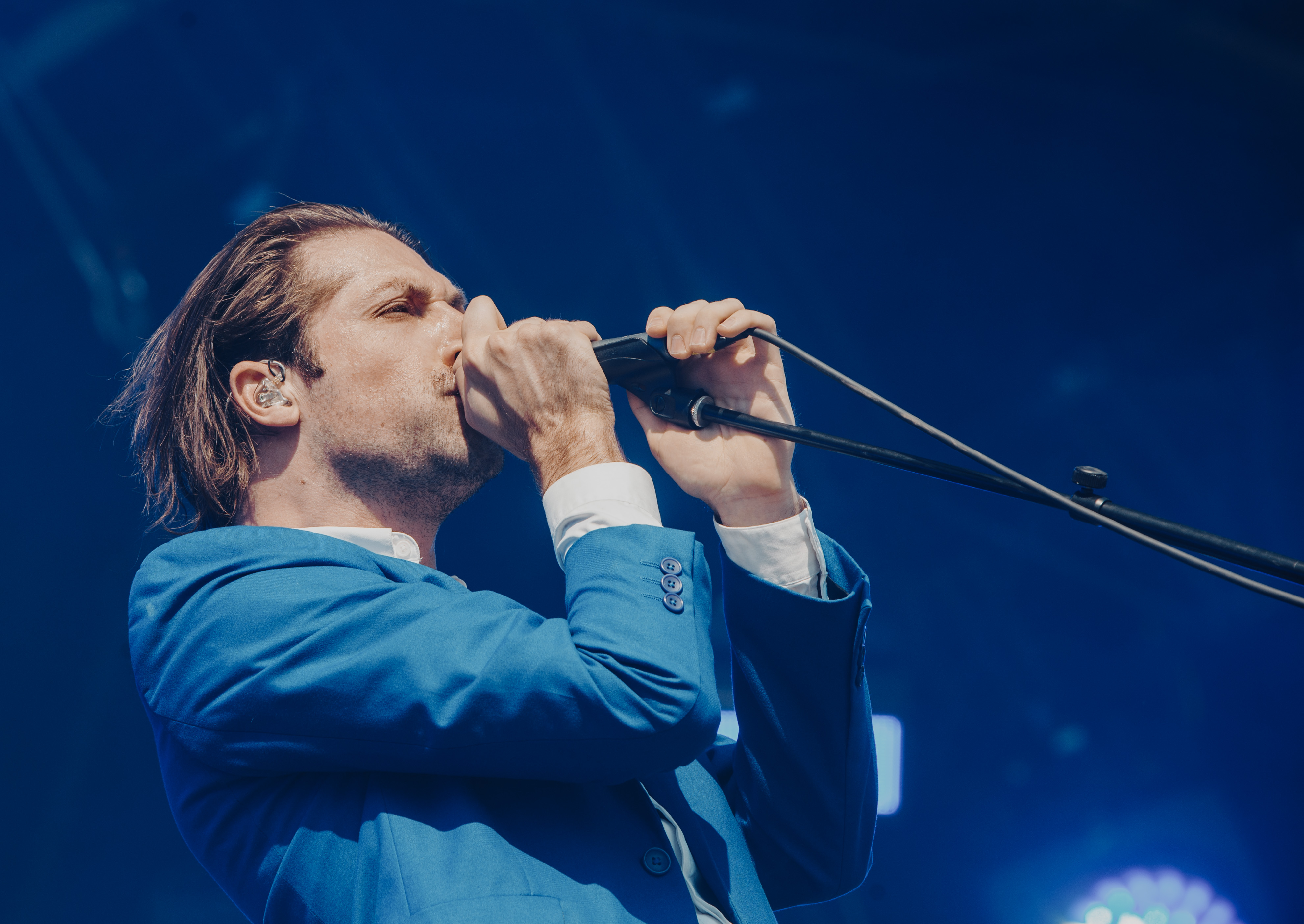 God is a woman and her name is Clairo. This is all you need to know. 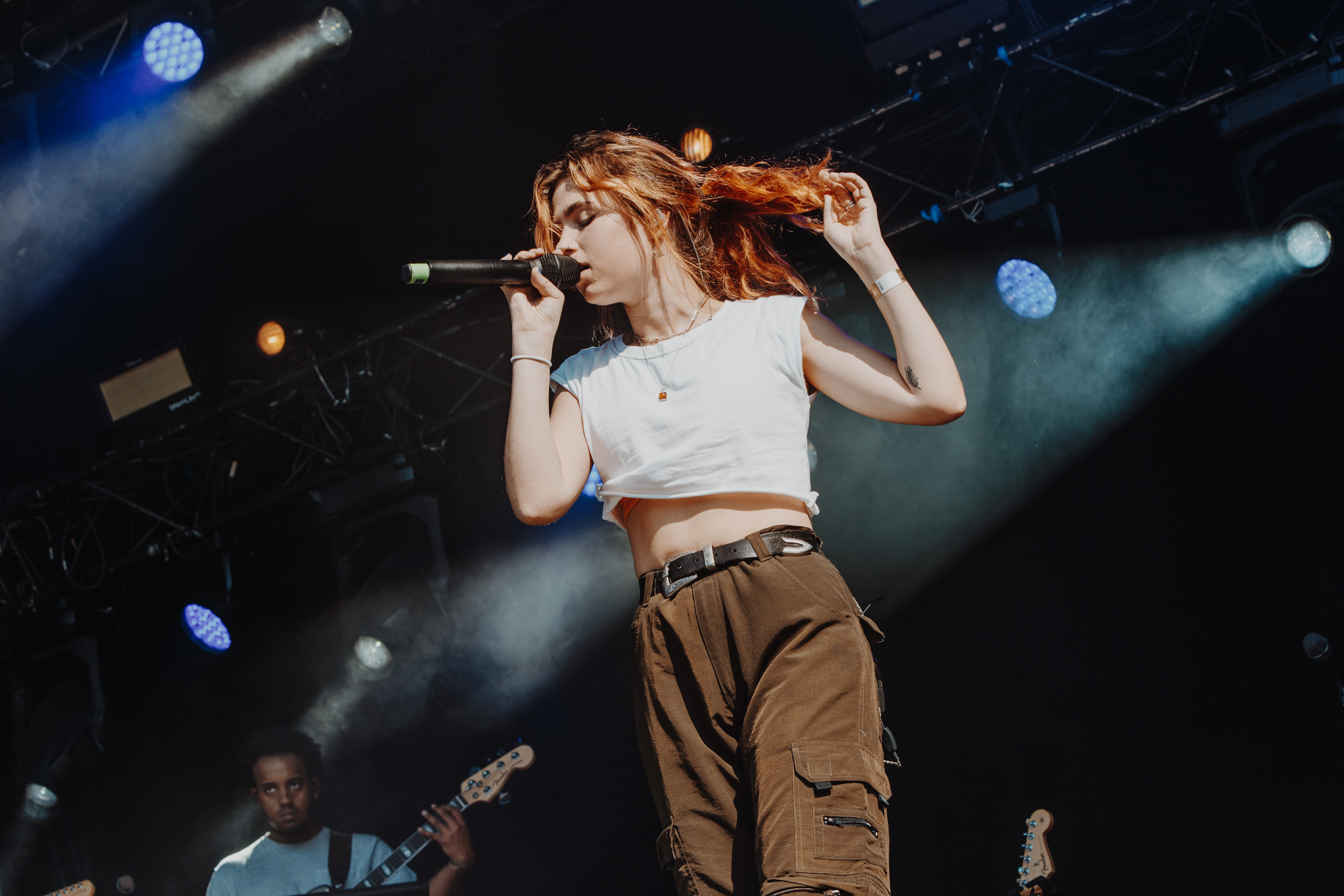 Royal Blood stepped up to the task of entertaining a melting main stage crowd as sub-headliners for Aphex Twin. Although the band are definitely at a level which would warrant a full headline slot, it seems like they’re quite content with playing lower down the bill while album number three is still in the works. A handful of new songs crept into the duo’s Lowlands set, the highlight being a sprawling Boilermaker (complete with backing singers). When you see Royal Blood live, you know exactly what to expect. And despite the obvious predictability of some of their music, there’s absolutely nothing to criticise. 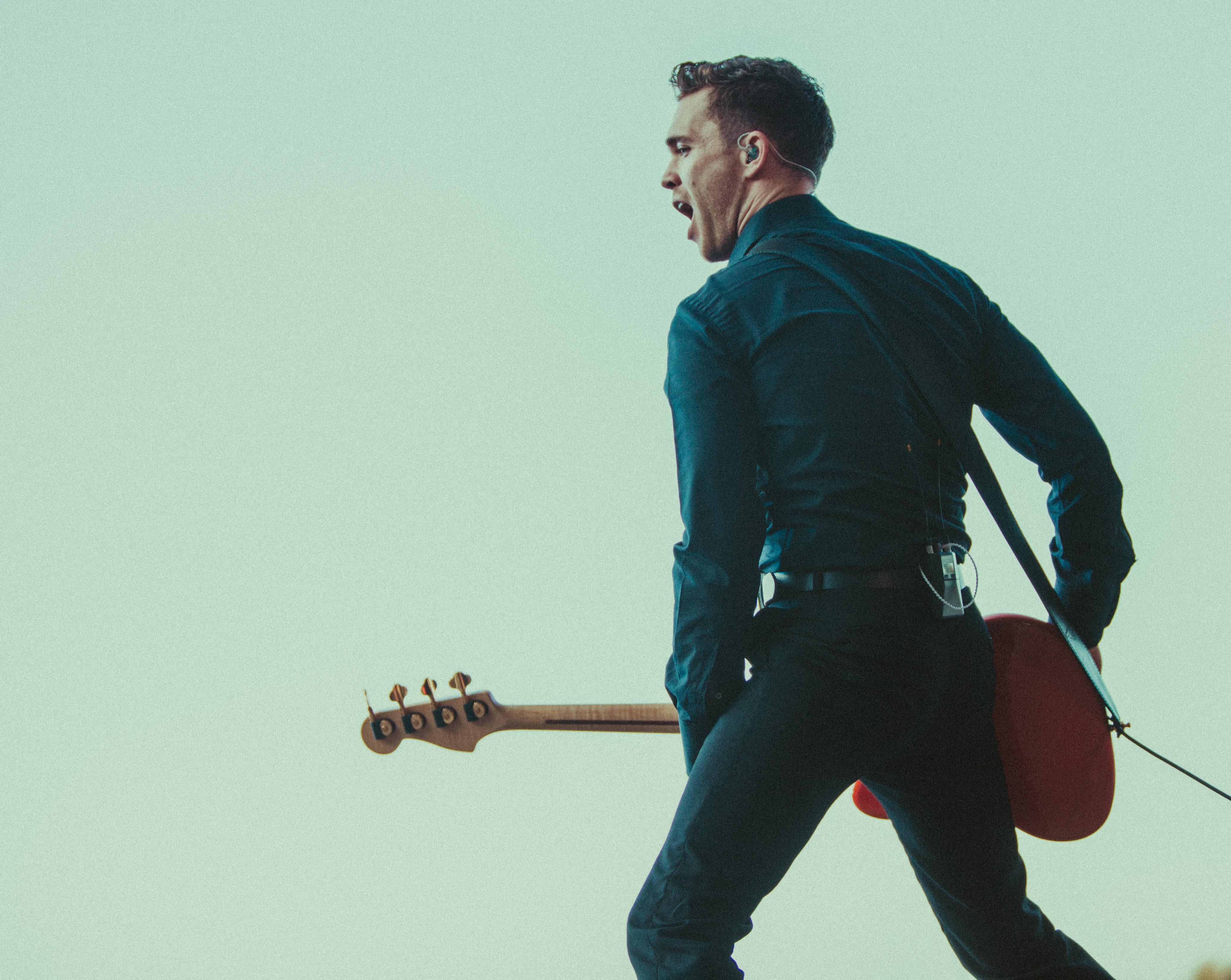 2 BRING ME THE HORIZON

Bring Me the Horizon marked their biggest French festival show to date in the middle of the intense Sunday heat. New album amo is a big departure from their previous output, serving as the perfect sonic progression for a band who have never been afraid to switch things up in the studio. This time round, they’ve also switched things up live, upping the production value with tons of TV screens, walkways, creepy dancers and the like. Frontman Oli Sykes wears a red suit emblazoned with newspaper cuttings off mass murder verdicts (including the Manson cult), his vocals a mix of snarling growls and serene cleans. People have given him shit in the past for not delivering live, but it seems to be the case that he’s cleaned up his vocal act for the better. Set opener MANTRA (complete with the aforementioned dancers) set the tone instantly, hitting hard as co2 blew across the stage like a mushroom cloud. A frenetic and fire-laden House of Wolves followed early on, turning the intensity up by a few notches before the restrained medicine turned it down a touch too many. The sixty minute long set served as a perfect time capsule, focussing on everything the band has done so well in the past whilst also providing doubters with a glimpse of the future. Shadow Moses and wonderful life produced the pits, with a poignant mother tongue setting hearts afire under the Parisian sun. It wasn’t until set closer Throne that everything came together, though, with the Sheffield quintet absolutely tearing the house down in what should serve as their best festival summer to date. It’s been a busy summer for the band, but also a hell of a strong one. 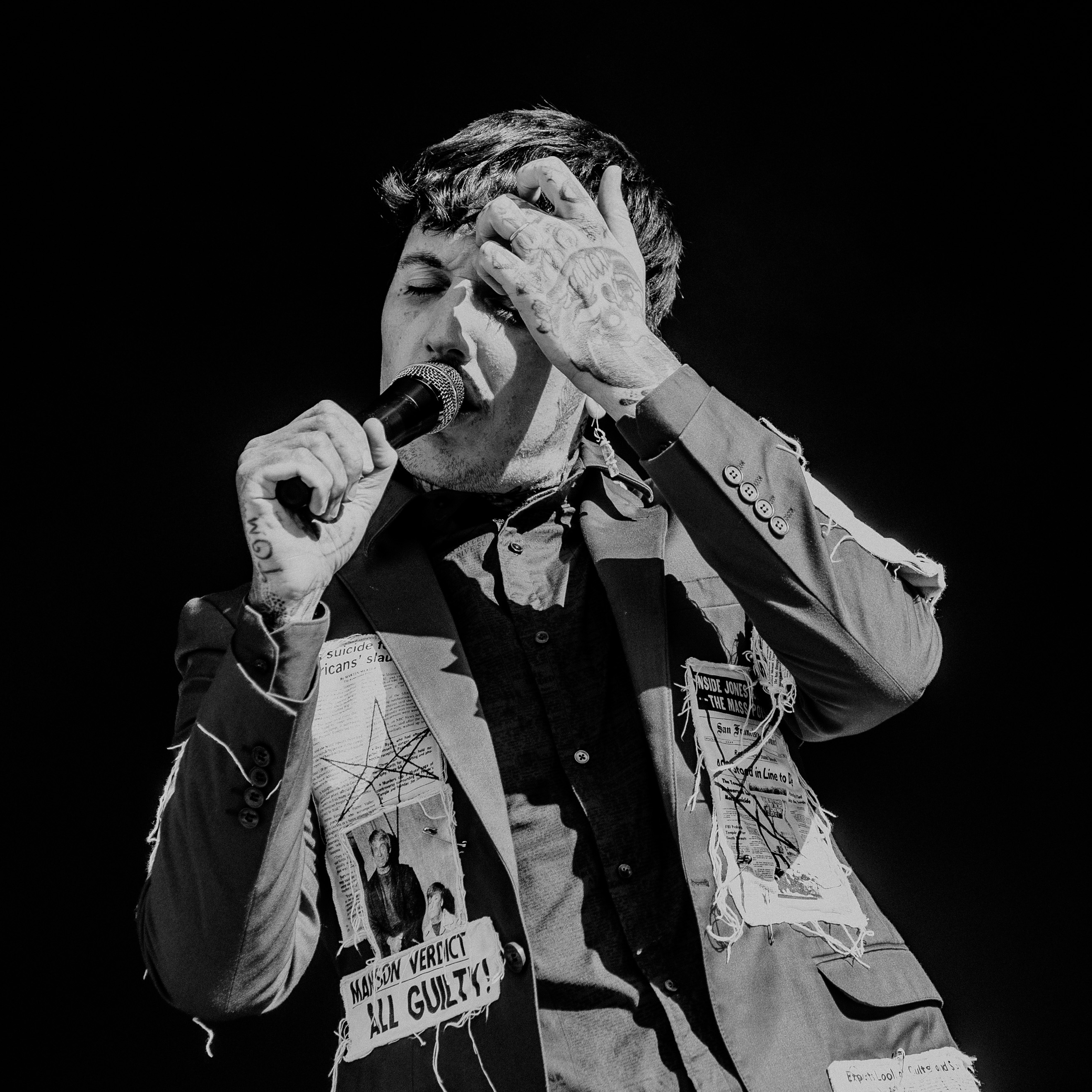 Foals had the tough task of taking on the Cascade stage right before dream headliner Aphex Twin appeared on the main stage, and this begged one main question: could they have been a better headliner? Well, of course, the answer is a resounding yes. Without discrediting Aphex Twin, it was safe to say that nearly everyone in Paris was packed into the field for Foals. Frontman Yannis Philippakis is a seasoned veteran, commandeering the crowd at the click of a finer. New album Everything Not Saved Will Be Lost Pt. 1 served as the focal point of the show (Pt. 2 is due in October), with popular singles Black Bull and In Degrees both proving to be highlights during the show. They’re a lot more refined and raucous than Foals’ earlier output, ditching youthful intensity for a sense of wonderful dance and mosh-ability which earlier cuts either lacked or just fell short of. The show’s peak came on finale Two Steps, Twice, which marked one of Philippakis’ many trips over the barrier and into the crowd. He also did this during earlier tracks Inhaler and What Went Down (preceded by a “fuck Boris” speech), ending the absolutely mental night in and amongst a happy crowd. 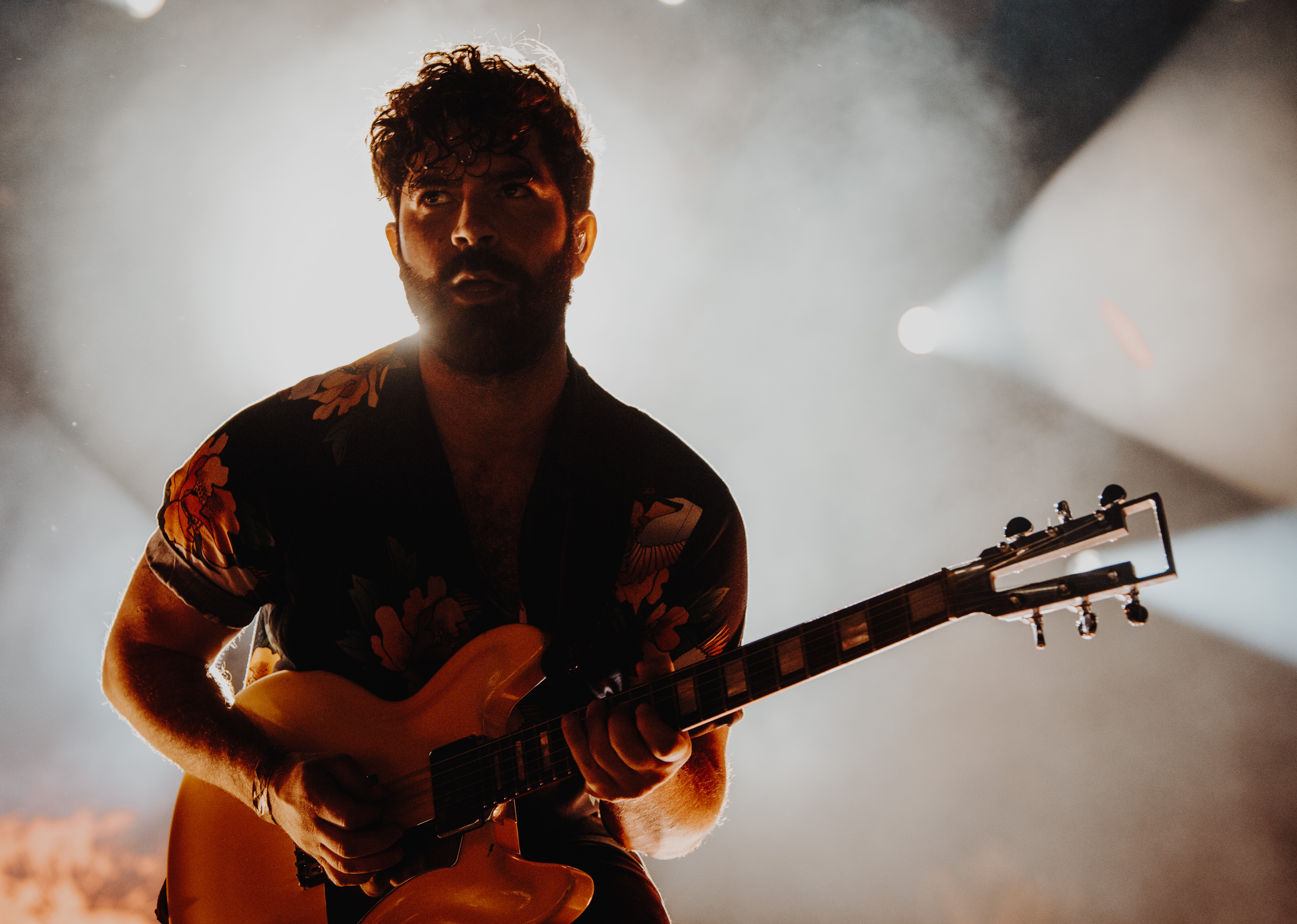