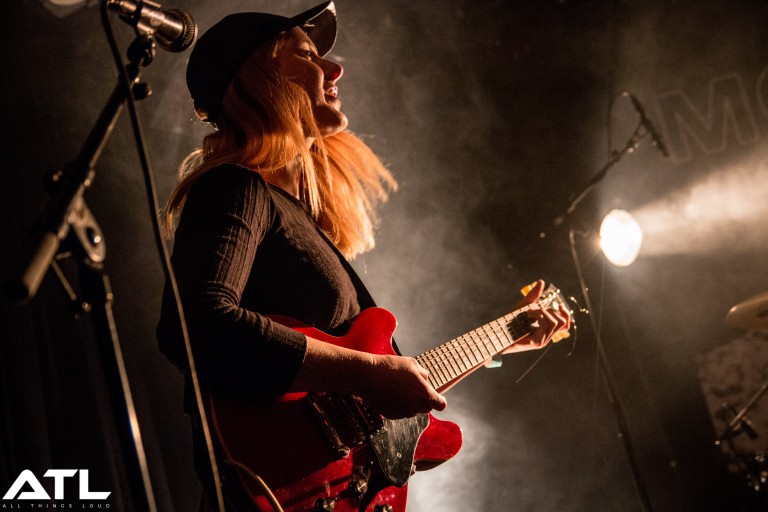 In just five days time, Rock am Ring will once again open its doors for what looks set to be the most successful edition of the German weekender to date. With a line-up boasting some of the biggest names in modern music (among them headliners Muse, Foo Fighters and Gorillaz), you could suggest that the Nürburgring bash has managed to propel itself right back up into the upper echelons of the festival world following troubled editions in 2016 and 2017. As we look forward to the festival’s return this week, we’ve picked out three final recommendations which should well and truly whet your appetite for Rock am Ring.

“Who the fxck is Scarlxrd?” reads a recent headline from Vice offshoot Noisey, and you’re probably wondering the exact same thing. With millions of streams and a small handful of live shows to his name, Scarlxrd (pronounced Scarlord) is the rap-meets-metal brainchild of British artist Marius Listhrop. His music explores a plethora of rap and metal’s subcultures, fusing them to create an end product which is equal parts rhythmic and destructive. His live shows tend to follow the latter, with Scarlxrd causing carnage everywhere he goes. This will also be the case come Friday, when Listhrop takes to the stage in Germany. Friday, Alternastage, 18:00

Jimmy Eat World don’t exactly need much of an introduction these days. The classic American alt rockers have been churning out a continuous stream of generation-defining music ever since their inception back in 1993, including seminal track The Middle (from 2001’s Bleed American) as the jewel in their crown. This summer they’ll be taking their intense live show on the road across Europe, with a new album due towards the end of the year. Expect to hear plenty of fan favourites alongside some new music, including recent new singles Love Never and half heart. Friday, Volcano Stage, 16:05

We could have chosen to end our final list of recommendations with an absolutely enormous headline act, but no. Instead, we’re introducing you to a band who you probably wouldn’t have taken prior notice of. Berlin’s Gurr are your next favourite garage rockers, hailing from Berlin and taking no prisoners as they impress crowds with their overtly catchy and jangly tunes. Their appearance at Motel Mozaique Festival in Rotterdam last year saw them leave a good taste in critics’ mouths, finding themselves on the receiving end of praise across the board. Allow them to do the same come Sunday, which is when they’ll take the Beck’s Crater Stage by storm as they treat crowds to cuts from as-yet-unreleased sophomore album, one which is spearheaded by the splendid Hot Summer. Sunday, Beck’s Crater Stage, 13:00

Rock am Ring takes place from 1 to 3 June. Click here for details.