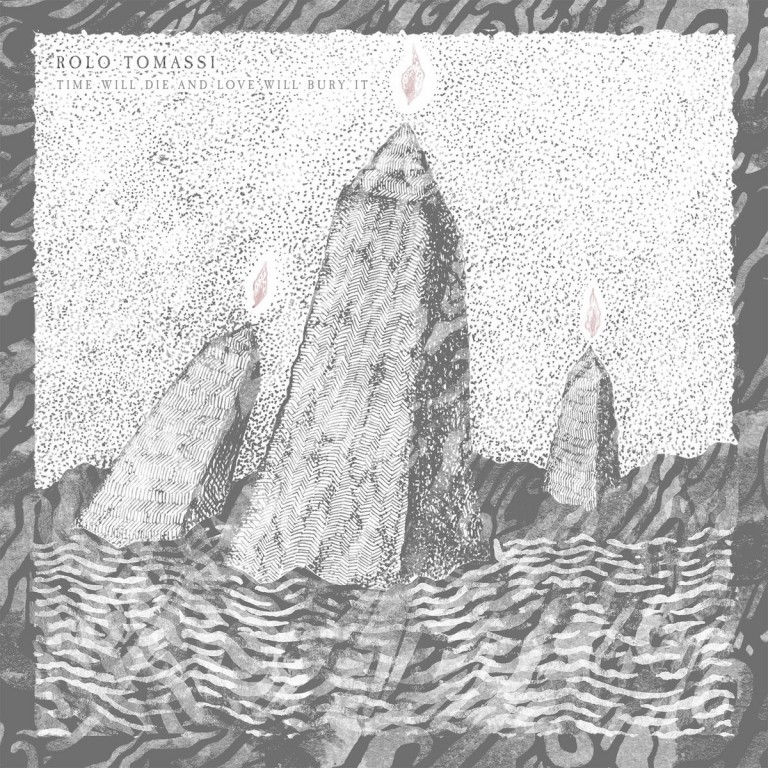 Rolo Tomassi’s Time Will Die & Love Will Bury It: “Emotions are still high as ever”

Sheffield mainstays Rolo Tomassi have become such a fixture in the experimental rock sector, building on release after release, shaking ground with their hard hitting, empowering contributions. The act feature loudly in many hardcore record collections too, provoking many to listen on. By being built on aggressiveness, rawness, and enough loudness to blow eardrums, Rolo Tomassi’s sound hasn’t altered much over the years. When it comes to guitar technicalities, there’s always going to be change, but these songs of heartbreak and despair on Time Will Die And Love Will Bury It, have been nurtured but not totally reworked to fit a certain mould.

Rolo Tomassi are a talented band, there’s no doubt. Their credentials are respected, their ideals rooted, and on the evidence of LP number five, it seems they’re comfortable in their own skin. But many people will not understand the band’s motives or musical standpoint, as this genre of music is obscure and not modelled on commercialism.The members of Rolo Tomassi will not care about the mainstream circuit. Their music isn’t coated in bubble-gum dramatics or bathed in fresh roses, it is hardened, it’s fast and volatile, and it is true. So those who want to relax, can do so by fondling the overpowering sweetness of the typical.

Time Will Die And Love Will Bury It is a monster. But there is one exception as the wonder that is Aftermath, offers subtle moments. It’s a track destined to calm restless bones and minds controlled by mania. It won’t eradicate startled thoughts, but what I does is enforce a sense of peace. Lead singer Eva Spence sings with belief and her true desires are exposed to brightness. But as we expect, we’re treated to growls and bellows on the next collection of songs.  The Hollow Hour is an instrumental masterclass. Powering on, it cuts in and raises hairs. The guitar trickery is brutal but wonderful. The screams begin to dissipate for a slender minute, as Spence sings beautifully. She does have an incredible tone to her vocals. Whispers Among Us is a straight up blast of hard-core. Spence screams out, naturally raising her voice to immense levels. Rolo Tomassi pride themselves on being different. On the newest compendium, the emotions are still high as ever. Mark McConville