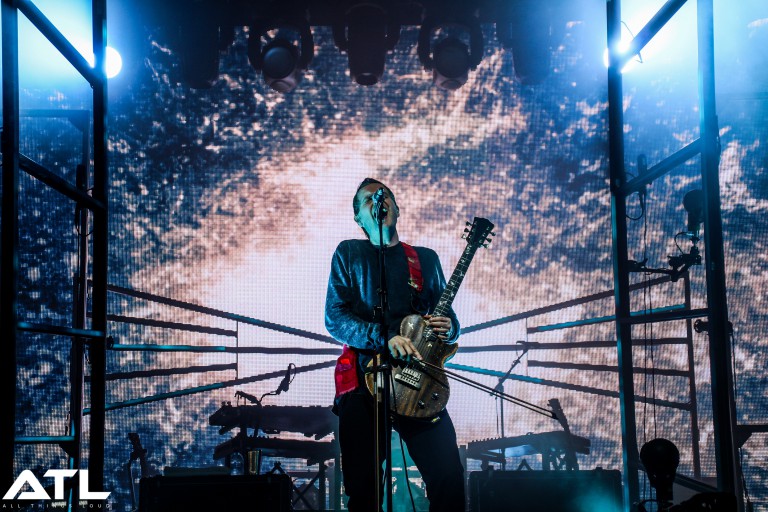 Eagle-eyed readers of this column will have noticed that it’s been rather absent lately, and I apologise profusely for the gaping hole this has left in your lives. I imagine your every waking second has been accompanied by funereal violin as you desperately wait for my next piece to arrive. But fear not, Sculpted Silence is back! And this time it’s 2 for 1, as I take you through the best albums and singles the months of August and September had to offer.

Ambient music, more than most genres, seems to continually create a narrative. The music exists outside of the bendable but codified structures of pop, jazz or classical. It’s of a free-form, elongated nature, with tracks seeping into one another and generating this feeling. Ambient albums – in particular soundscapes – provoke an implicit sense of chronology. The latest release from Sigur Rós is a particularly fine example of the unique way in which this wordless, minimalist music can create a dizzyingly emotional narrative journey. Liminal is an ‘endless ambient playlist’ created by Sigur Rós, Alex Somers and Paul Corley. It is available in various forms; albums, mix tapes and an endless YouTube video. Liminal Sleep is another variant on this idea, with this album described as “a modest attempt to mirror the journey of a sleep cycle, with its curves, steady states and natural transitions.“

This focus on music for the land of snore necessarily creates an album that, in general but not exclusively, bathes the listener in the light, silky bonds of soothe. The album is dreamily low-key but is brimming with emotion and ideas. Sleep 1 is devastatingly melancholic – a disconsolate violin sears with grief stricken pain. This is contrasted beautifully with Sleep 2, which bubbles with a light verve; lush, understated synths shimmer along with a loose delicacy. This is how Liminal Sleep functions, swerving from one emotional state to another; anxiety to joy, comfort to agitation. As the music evolves with infinite precision from one idea to another, you can feel the shifting of a person as they slalom through sleep; from the coma bliss of deep slumber to the vivid fantasies of REM punctuated by a sudden cold sweat return to reality.

Liminal Sleep is a long record, clocking in at 150 minutes, but it never feels like a drag. This is an enchanting record, filled equally with both tenderness and tension. The final track, imaginatively entitled Liminal 9 is gorgeous; sunken synths mesh with luminous, stretching drones to create a sound that is both tranquil and overwhelmingly emotional. You can feel the sense of completed journey in the serene melodies, and that makes music like this so unique; the complexity of ideas contained within the subtlest of sounds.

Originally composed over a 28 day period in 2017 in collaboration with sculptor and installation artist Marie-Louise Jones, Untitled 28 showcases Lucy Claire’s knack for creating haunting, classically infused soundscapes. Opener Symbiosis is a perfect distillation of Claire’s brilliance for melding field recordings and classical tones; the unnerving sound of brutal wind hovering in the background as a low, menacing drone hums beneath. It’s stuck together with gorgeously lamenting Celt-like violin. Untitled 28 is a record of shadows, of relentless rain lashing against windows in the dark of night. Talking to Me, Listening to Myself is bleak – scattered, broken vocals swarm from one side to the other, fusing together but never seeming to finish their note, the intensity is overwhelming. Untitled 28 is a fascinating listen, and Claire continues to be an ever intriguing composer.

Poemme returns with Frozen Passages, and the incandescent shimmer that has characterised her previous work returns once more. Angela Klimek is one of the brightest ambient composers to emerge in recent years; her soundscapes are filled with such joy that it’s impossible to listen to her without a smile. Frozen Passages represents “an imagined journey into the far north of the continent, through boreal forest, across vast, barren landscape, through the iciest storm, and eventually finding warm refuge as the night brings a welcome calm to the tundra.” You can see this infected throughout the record; opener red-tail’s luminous sheen of hope as the journey begins is contrasted with the relative harshness of the north wind approaches, where the synths are less smooth and more spiky with overlaid vocals smothered in frost. The album finishes on falling snow on a silent night, perhaps the best single piece of ambient music released this year – a sublime, intensely blissful ode to the intractable sadness of winter but also a celebration how that sadness emits the warm glow we ultimately all bathe in.

Bloom and Fold is a double A-side single released by Hotel Neon, and it’s a continuation of the style used on this year’s Vanishing Forms. Both songs are a deft fusion of blissful, billowing soundscapes and intense, crackling drones which have become their hallmark. Bloom in particular is wonderful – it’s a song that is forever shifting, as the layers of drones constantly fluctuate between dreamy and harsh tones.

KMRU is a Kenyan-based ambient composer whose music is an often skilful mix of field recordings, sound art and IDM. His latest single 2% is a complex barrage of sounds – layer upon layer of sharp drones, crinkling static and the hushed but evocative sound of children playing. The song feels messy but is wonderfully compelling nonetheless.

Taken from Collaborations, an album curated by famed choreographer Wayne McGregor, this track was originally commissioned as part of McGregor’s dance piece Dyad 1909. …og lengra is Arnalds at his beautiful, sweeping best and the track is imbued with a glorious sense of theatrical romance. It’s performed by the Liverpool Philharmonic Orchestra, who adds to its epic quality, and showcase Arnalds’ mastery for writing deeply emotive modern classical compositions.

Join me next time as I take a look at the best music released in the month of October, coming soon to a reality near you.