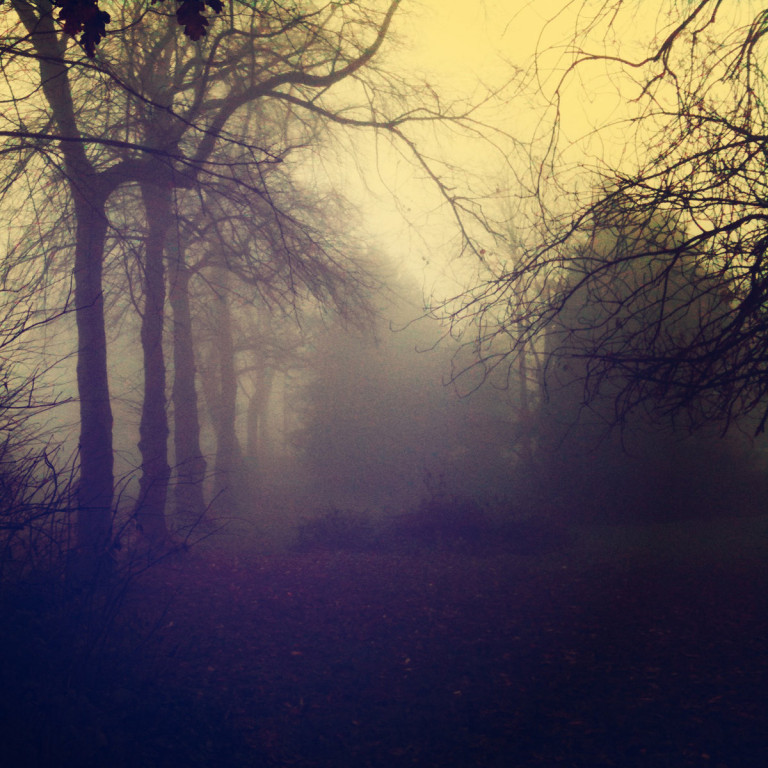 It often feels as if ambient music was made for the winter, as exemplified by the endless derivative covers of snow-capped landscapes that haunt the millions of releases which appear on Bandcamp every three seconds. I’ve always found that a slight cliché, as some soundscapes evoke summer to such a degree that it’s practically a vitamin D supplement, while others contain the inevitable melancholy that only the increasingly brisk days of autumn can bring. Ambient is for the whole year and not just for Christmas. Here are the best albums released during October and November.

Album of the Month: Hammock – Silencia

There’s the turn of the Earth, the sun, the stars themselves – and then there’s Hammock. Since their slow evolution from a classically infused post-rock band to out and out modern composition, Hammock have become the most epic of ambient artists. Silencia is the third album in a trilogy that started in 2017 with Mysterium and last year’s Universalis. Of the this trilogy, Hammock’s Marc Bryd said; ‘“Mysterium was about a shattering, Universalis was an attempt to put things back together, and Silencia reflects a quiet resolution of knowing this is what life is. You have to live in the midst of both.”

Silencia is a potent fusion of the trilogies themes – it’s an album of irrevocable loss and crushing pain but also of blinding joy and sun-kissed hope. You can feel the ambition in every cosmic sweep of violin, the celestial hum of choral harmonies, the sheer scale of emotion in every building note. There’s a starkness to the record, a feeling of refinement as echoed in the nice simplicity of the album’s cover art. Silencia finds Hammock streamlining the more intensely complex sounds of Universalis and creating a record of epic scope. Take When it Hurts to Remember, a hushed drone delicately whirrs beneath – barely detectable like wispy breath on snow covered mornings, while a triptych of violins slowly bounce off one another, separate but intensely connected. Or Afraid to Forget, where the choral compositions always seem to have an inherent dustiness to them, like watching Songs of Praise hungover and wishing death to all men, but here they shine; forging themselves together and creating an otherworldly ambience to the clinical beauty of the strings.

But within Silencia’s refinements there is always a feeling of the colossal. Slowly You Dissolve does not go at different pace to any of the other tracks, its strings still swooning with a graceful purity; the drone that anchors the song carrying an angelic but uncompromising baritone which causes a sense of intense overwhelm. To listen to Silencia is to enter something of another dimension; with strings and horns and pianos and drones, Hammock are the creators of worlds. This is an awe-inspiring record, the culmination of three years of increasingly staggering releases where beauty and ambition, restraint and sorrow collide.

A Winged Victory for the Sullen – The Undivided Five

It’s the return of A Winged Victory for the Sullen, with their first non-soundtrack album since 2014’s Atomos. The duo of Adam Wiltzie and Dustin O’Halloran are one of ambient music’s foremost composers, and they’ve managed to escape the Bandcamp ceiling which confines many artists in the genre. The Undivided Five is their latest work and is a continuing enhancement of their graceful Neo-classical stylings, moving away from the drone-centred compositions of Atomos to something more intricately constructed. Our Lord Debussy is gently menacing, the piano pulsating as if the notes are played with with a subtle rage. Single The Rhythm is a Dividing Pair is their best song since their self-titled debut – it begins with a radiating synth, it feels airy and soft before collapsing into a void sizzling static before morphing into melancholy stained strings and twinkling piano. The Undivided Five is a welcome, impressive return from the most influential composers of the decade.

Released on the excellent Whitelabelrecs, Material Forces is the second album by Gray Acres, a duo comprised of Hotel Neon‘s Michael and Andrew Tasselmyer. Material Forces expands on the sound of 2018 debut Gray Acres, featuring compositions of crackling, submerged but affecting ambience. Scars Will Fade is an excellent opener – hissing static whips round the edges of a sunken, forlorn and curved drone. There is a definite sense of solemnity to the record, how the all-encompassing beauty of nature can leave a feeling of isolation. This is most prominent on Lost, beauty and elegy exist in equilibrium as smooth drone and sharp guitar run parallel before submerging into one.

Gavin Miller returns to his worriedaboutsatan moniker for the excellent Blind Tiger. The album offers a refined, streamlined take on his characteristic blend of shimmering ambience, ominous drone and dystopian techno. Blind Tiger feels subtly political, a soundtrack of sorts to a political climate fuelled by a fear of violence and autocracy. Take Hold it Down, a menacing slice of techno which sounds like a city on fire during urban warfare, the dissonant throb of the bass sending shivers of pure tension shooting down your bones. Or There Is No Bonfire, while the notes are higher, it feels equally menacing – the sound of ringing bells hangs in the background as a plaintive piano nervously dances over a brutal synth, that expands like a piercing scream in the night.

The return of Slow Meadow is always hugely exciting, with Matt Kidd arguably the most arresting composer working in ambient music today. Following on last year’s run of singles, Happy Occident is Kidd’s third album, and does mark somewhat of shift from the pure modern composition of his first two records. Still present is the silken allure of violin and cello, the emotionally dazzling thrall of piano but now are complimented by the magnetic pulse of synth and electronica. It feels less radical that it sounds, as if Kidd was always progressing towards a fusion of styles; like with Artificial Algorithm, where kinetic drums, elegantly twisting synths and refined strings connect to create a stunningly realised sound. Happy Occident is a record of quietly intimate ambition, the sound of a composer expanding their palette with striking confidence.