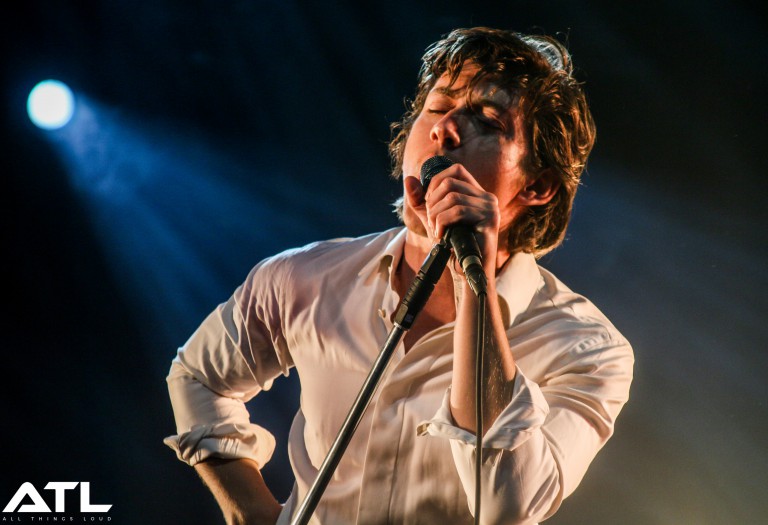 Seven New Albums Worth Getting Excited About

As another year dawns, another release calendar slowly puts itself together. Following an extremely successful year for music in 2017, it’s anyone’s guess as to which artists and albums will rule the roost and conquer over the course of the next twelve month. We’ve selected seven artists who are rumoured to be releasing hugely successful and hotly anticipated albums this year.

The follow-up to 2013’s chart topping AM is expected at some point this year, with rumour having it that Alex Turner and co. will start announcing summer festival dates as early as this month. There’s currently very little word out surrounding the sonic direction of the record, with all four band members remaining tight lipped about the recording process. All we know is that Arctic Monkeys are back in the studio, and that it’ll undoubtedly be one of the biggest albums of the year, regardless of what they put out.

It might only seem like yesterday that Kevin Parker’s Tame Impala put out the spellbinding Currents, but the album already dates back to 2015 and is approaching its third birthday fast. Save for a pricey deluxe reissue last year, all was quiet surrounding Tame Impala until news emerged that they would once again take to the stage this summer. Mad Cool Festival are the first festival to announce the Australian psych outfit’s return to the live stage, but apart from this it’s anyone’s guess as to what we can expect.

It’s been quiet in the Chvrches camp lately, with news about new music as sparse as the electronics which underpin frontwoman Lauren Mayberry’s vocals. This week, American festival appearances were announced, with a select handful of European shows also slated for the summer (amongst them a set at Best Kept Secret in Holland). Work on their third studio album started some eleven months ago, but they’ve managed to keep all progress under wraps as they gear up to unleash new music upon the world sometime soon.

Prolific blues rocker Jack White seemingly retired from touring and live appearances a few years back, but that’s all changed with the announcement of headline sets at both Boston Calling and Governors Ball later this year. With this news out there, it can only mean that there’s a fully-fledged studio album on the way. The follow-up to 2014’s sprawling Lazaretto could see White head in any direction, but rest assured that he won’t stray all too far away from his gritty roots.

If previous release patterns are to be believed, then Californian surf rockers The Growlers should be coming out with a new album this year. 2016’s City Club is their most recent collection of music, a record which saw them join forces with The Strokes’ Julian Casablancas and head down a more streamlined, indie rock direction. Interviews since its release have seen frontman Brooks Nielsen toy with the idea of resurrecting their famed ‘beach goth’ stylings once more, however what they actually come out with could be a mixture of absolutely anything. It’s an unusually quiet period for the band, which can only hint towards the outfit being hard at work.

Last year, Muse didn’t do an awful lot save for a couple of tours and the release of standalone track Dig Down. Its synth wobbles and George Michael-esque vocal tones saw Matt Bellamy and co. once again head down a more electronically-inclined path, however if recent tweets by the manic frontman are to be believed then Muse’s next release will be heavy. They’re set to release a brand new song later this month which is along the lines of 2003’s Fury, but if it’ll form out part of a brand new studio remains to be seen. Previous record Drones already dates back to 2015, so it’s about time that we heard from the Teignmouth trio.

Closing out our list is Editors, who have already confirmed that there’s a new album on the way this year. We don’t have a name, nor do we have a date; in fact, all we know is that they’ll be bringing it on the road in a couple of months time. Last year saw Tom Smith and co. debut a handful of new songs during their late summer festival run, with these tracks combining their commonplace bombastic stadium rock with hints of lilting indie tendencies and sprawling instrumental combinations. It’s sure to be an exciting record, something which is the case with most of the things that Editors do.