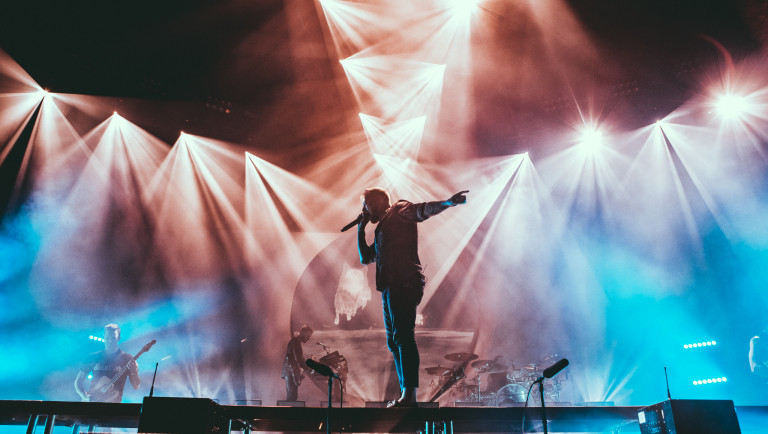 In three weeks’ time, Germany’s famous Nürburgring will once again open its door to upwards of 80,000 festivalgoers for what is undoubtedly one of the year’s biggest music festivals: Rock Am Ring. The huge event – which is accompanied by Bavarian brother Rock im Park – has seen a fair few ups and downs over the course of the last three years, but it looks to be the case that 2018 will serve as its rightful resurrection year. Rock am Ring has been at the forefront of rock music history for decades, and this is certainly reflected in the massive line-up which they’ll be putting on this year. Spearheading the billing in June are Slayer, Slipknot, Tool and Die Ärzte, four acts who don’t exactly need much of an introduction and who are deeply cemented in Rock am Ring’s history books. Despite making way for a light shift towards electronic music and hip hop in recent years, it looks like guitars are well and truly at the core this year, with some of today’s hottest bands making their way to the famous race track in five weeks. We’ve scoured the line-up to select seven more songs which will be unavoidable along the Ring this year.

Unstained only came out yesterday, but it’s already set to become one of the most exciting parts of Slipknot’s brand new live show.

Say what you will about Bastille, but they certainly know their way around a steady, earworm-worthy hook and a half.

All together now: “BLEGH”

Amon Amarth are responsible for some of the most awe inspiring live shows in heavy metal anno 2019, so don’t be surprised when they tear the house down at Rock am Ring with their biggest hits.

I Stand Alone is the kind of song which makes you go, “Oh, so THIS is Godsmack!” Trust us, that’s what’ll happen when you hear I Stand Alone.

The Fever 333 are one of modern rock’s most forward thinking and exhilarating live bands. If Trigger doesn’t do the trick for you, then something has gone horribly wrong.

There’s nothing better than a hefty dose of riffs to get you through the day. Luckily, Trivium‘s massive In Waves is exactly this.

Rock am Ring takes place on 7, 8 and 9 June in Nürburg. Get your tickets here.