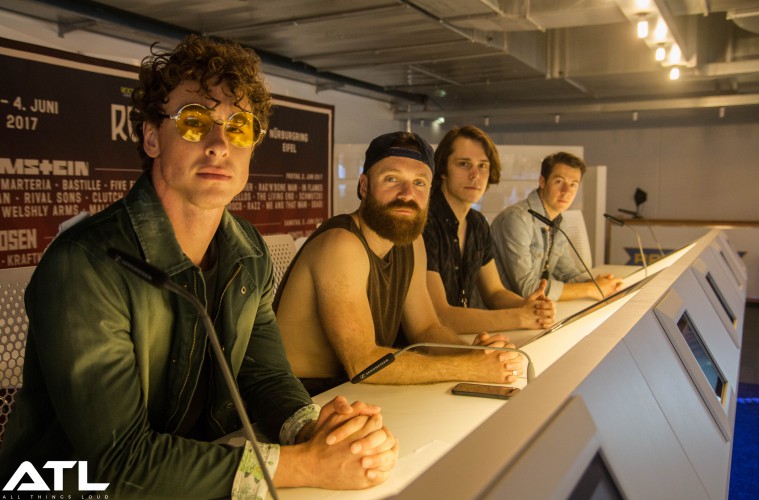 A sewage pipe leakage at the o2 Academy in Oxford this evening forced the cancellation of Don Broco‘s show tonight.

According to multiple reports from fans on Twitter, visitors were left drenched in human waste ahead of Rob Damiani and co.’s set, which was due to start at 9pm local time. A burst sewer pipe is reportedly the reason for the leakage, which found its way through the ceiling and onto an unfortunately unsuspecting crowd. Fans were left waiting for approximately 55 minutes before the band emerged to inform them of the cancellation, which you can watch below.

The venue and band have both issued further statements indicating that the show will be rescheduled.  Refunds for the show are also available from local ticket agents. Fans are understandably disappointed, however genuine health and safety risks cannot be avoided. Support acts The LaFontaines and Yungblud were not affected by the issues presented by the leakage.

Gutted the venue wouldn’t let us play tonight. Circumstances were out of our control. We will reschedule. Thank you for understanding. Brb. https://t.co/ToCBgdiCy7

Don Broco are currently touring the UK in support of new album Technology, with a European leg to follow ahead of a stint on the Vans Warped Tour. Watch the video for Come Out to LA below.