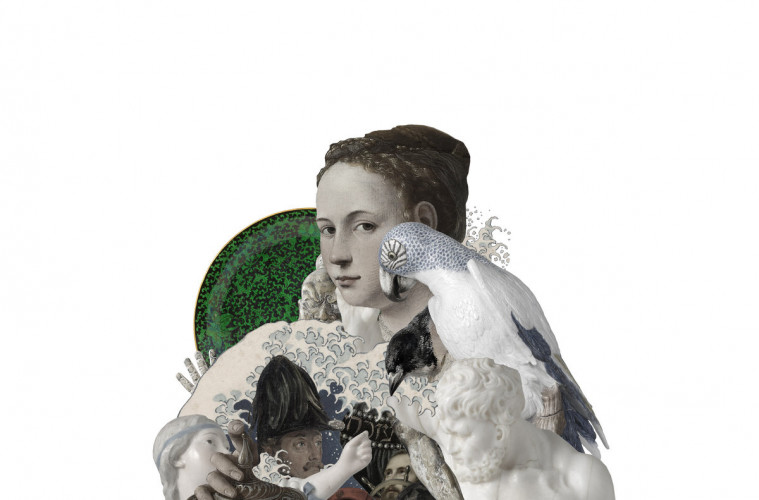 All Shall Be Well Delve Deep On Zwartgroen

Music is art. All Shall Be Well (And All Shall Be Well And All Manner Of Things Shall Be Well) proved this once again on their latest full length release ZWARTGROEN. A journey of seven songs totalling at 47 minutes brings the Haarlem band to new heights. After projects BLAUWGEEL and ROODBLAUW, All Shall Be Well continue their colour-merging album series, each one picked to metaphorically represent the feelings the albums evoke. An eye-catching collage of works from the Rijksmuseum in Amsterdam have been meticulously selected by the band to represent ZWARTGROEN. Works such as the Blue Macaw from the Meissen porcelain factory in Dresden, Mary Magdalene by Jan van Scorel (ca. 1530), as well as the anonymously crafted Saucer-dish with flower scrolls on a black background, from which the album name presumably draws inspiration, are but some of the pieces that makes up this collage. In similar fashion to how art pieces tell their story and the story of its creator, ZWARTGROEN too, tells a story.

Before delving into the sonic and melodic qualities of the album, the song titles themselves give an indication of the plot of said story in a cleverly cut-up poem:

“Let me steer, as I am the bigger captain
I will guide you over oceans and across troubled lands
We are all, in all places, strangers and pilgrims, travellers and sojourners
Beyond us, only darkness
Nothing to go home to, nothing there to come home for, no home to return to
One day I will find the right words, and they will be simple
For now, we travel”

It evokes a feeling of dread and desolation, a land or a home to which nobody can return. A voyage on a great ship. They flee, but move forwards, towards hope and a better future. Let me steer, as I am the bigger captain sets the tone right away with an introduction of harmonious and slightly faded synths. These become guitar tones as the first few notes of the motif carrying the song forwards play out over a constant backbeat; the motif ascending in pitch as the music progresses. The travellers of our story have left the shore, leaving behind their doomed world in search for something else. Something better. The songs slows down as a second guitar melody is introduced, calming the building tension: the travellers are en route. They left all that is dear to them behind and are now looking at the voyage ahead. A slow harmony of bass and guitar tones signal the outro of this particular piece, as the drums kick back in, giving the listener a feeling of hope. The outro has a certain warmness to it that beautifully counteracts the song’s chilling start.

The mood shifts to a sombre tone as the toms and snare start off I will guide you over oceans and across troubled lands. A few loose guitar notes accompany the steady drum beat in a melancholic congruence, with one bass note slowly signalling a chord progression to go forwards every two bars until a longer build up emerges. The travellers are weary and with no end in sight, their journey bound to be a long and difficult one. Slow yet steady, the track builds and the guitars start wailing through careful tremolo picking, creating an inexplicable wall of sound which engulfs the ears of the listener. The song draws to a close on a continuation of the initial guitar melody.

We are all, in all places, strangers and pilgrims, travellers and sojourners starts off with a monotonous and eerie drone which slowly fades in and out. After a minute, the song kicks in with incredibly heavy bass tones nearly clipping the mix whilst lengthy, echoing guitar tones slowly set a pace for the rest of the song. The drums are cluttered with cymbal sounds reminiscent of the crashing waves on a ship of travellers still on their journey to a hopeful future. Just as the listener gets settled on a groove, All Shall Be Well decide to switch up the pace by introducing a simple backbeat that works exceptionally well with the still interweaving guitars and drones. The song progresses and picks up at a steady pace, with the bass now playing 8th notes to accompany the drums. A break is introduced midway through the song, a rising sun indicating a new day on the ship of our dear travellers as their journey continues. They have been searching for long, but the song kicks back into the same steady pace as it had before, indicating that the travellers must move on and keep going. The guitar melody playing throughout the last section of the track is some of All Shall Be Well’s finest work. The collective sonic experience is one of sheer magnificence and wonder and worthy of some of post-rock’s finest. 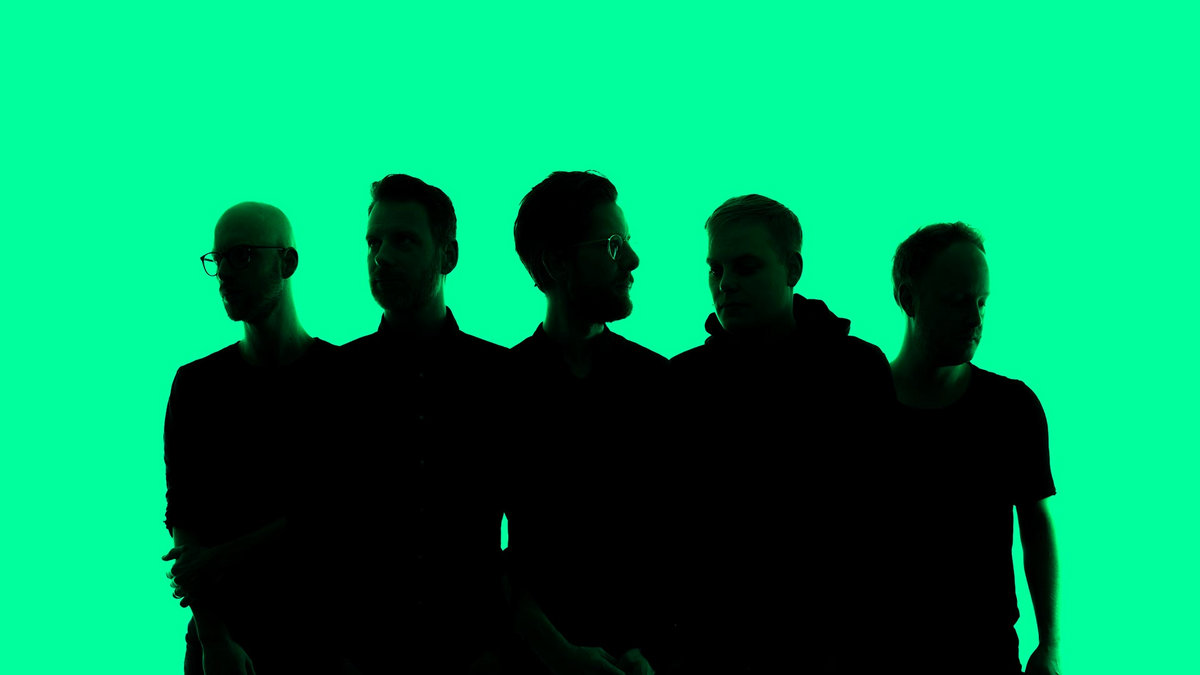 A steady and monotonous guitar note accompanied by a motif that is present throughout the song introduces Beyond us, only darkness, the strongest and most memorable song on ZWARTGROEN. This song is the perfect representation of hope for our protagonists, the travellers. The first four minutes of this track are dedicated to building upon the initial motif with steady bass notes seemingly keeping the drums in check as a second guitar plays a beautiful lead. At some point, the song comes to a stop as the interweaving guitar melodies turn into a lugubrious passage devoid of any drums. This passage slowly rises in tension as a tremolo-picked guitar tone is slowly introduced. An explosion of sound then suddenly bursts through the dark veil and the listener is engulfed by drums, bass, and guitar tones which create an intense wall of sound. The travellers have found it, a new land from which they can build civilisation afresh. A civilisation which will not make the same mistakes that doomed the old world.

It is then that the realisation that there is Nothing to go home to, nothing there to come home for, no home to return to kicks in. The travellers are aware of their own destruction and that to start over means to change their old ways. To become better people than their ancestors ever were. A heavy and eerie drone looms over your head as drums click and beat gently. A guitar lead kindly sways over the dark background tones and drum claps, the drums eager to kick in as a guitar plucks over low bass tones. A serenade for the discovery of this opportunity in a new world. Once again the dichotomy of guitars works beautifully when paired on this song; seemingly apart, yet so tightly in unison to each other’s notes. In the end, a cacophony of instruments is presented to the listener as a metaphor of the travellers’ arrival on this distant shore.

A rebuilding of society is presented to us on One day I will find the right words, and they will be simple. A peaceful selection of guitar melodies and drum beats fill the sonic space as our travellers set out to build a society worth living in. A sustainable one not fuelled by human greed in which all beings live in perfect unison, just as all instruments live and breathe as one on this song. A slightly faded snare drum beats as guitar notes are plucked on its neck. The ticking of a clock towards the end of song signals a fiery outro in which all elements blend together again. A rise and fall of tension. The mood yet turns quite sombre on For now, we travel, the last track on ZWARTGROEN. The melody is slow and uncertain, and every so often the second guitar and bass meet to meticulously play alongside the lead. No drums are present, adding to the melancholy. Ultimately, heavy and deep piano chords are carefully positioned on top of the main melody. For now, we travel works as an excellent ending to what is arguably All Shall Be Well’s most thought-provoking and intricate project.

It’s difficult to pigeonhole or place All Shall Be Well in a specific register, especially with ZWARTGROEN. The band are often labelled as post-rock, carrying on the legacy of iconic releases such as Bark Psychosis’ Hex or Godspeed You! Black Emperor’s Lift Your Skinny Fists Like Antennas To Heaven, yet there is a unique cinematic element to this band. Songs are not simply songs on their own, they work as a collective, telling a unique story just like a film would. Yet instead of using imagery, ZWARTGROEN uses meticulously crafted sound to portray ideas and create illustrations inside the listener’s mind. Sébastien Gamez. ZWARTGROEN comes out on 20 February.