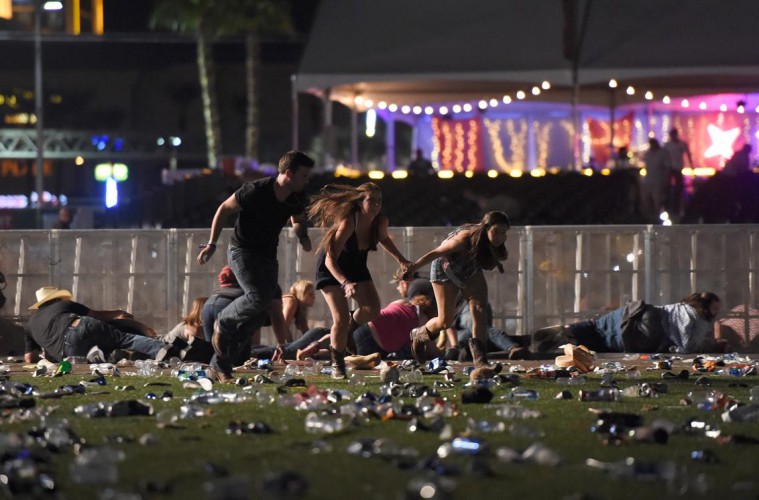 A horrific shooting incident has left at least twenty people dead during a music festival in Las Vegas.

The Route 91 Harvest Festival was in full swing when, during a performance by Jason Aldean, shots were fired from the roof of the neighbouring Mandalay Bay hotel by a male gunman and his female accomplice.

His shots, which were first heard just after 10pm local time, were described as a “rapid-fire barrage“, causing 40,000 people to flee in fear until the gunman was killed by SWAT units. More than 100 people were injured, many of whom are said to be in critical condition.

Nevada police are urging people to stay away from the Las Vegas Strip, with the hunt still on for a second suspect, Marilou Danley.

In videos posted to social media, one of which you can watch above, gunshots can be heard as people flee the scene in utter horror. The attack comes almost two years to the date of the tragic Paris attacks, which saw terrorists inflict horror upon Paris’ Bataclan during a gig by Eagles of Death Metal.

We send our thoughts and support to all those affected by the incident.