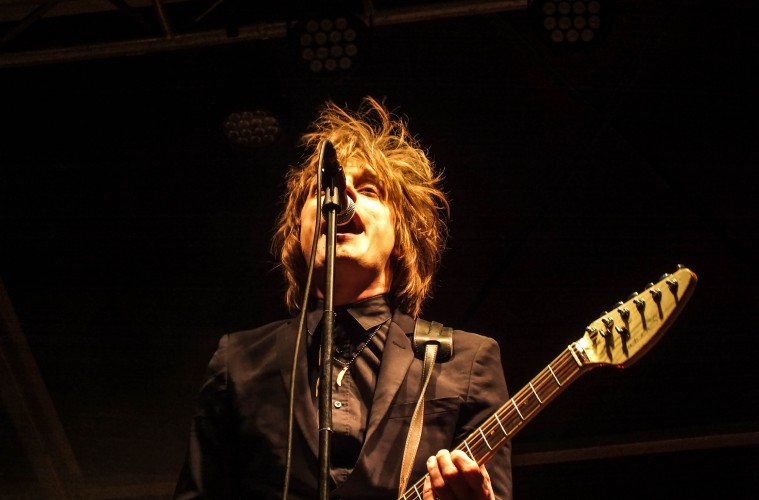 Six Dutch Bands You Should Probably Listen To – Part 2

Last year, we told you about six Dutch bands we thought you would probably love. Back then, our list included heavyweights such as rockers De Staat and psych-lord Jacco Gardner. Today, we’ve got six more bands for you who we think you’ll love, most of them up-and-coming smaller acts you wouldn’t know much about just yet.

HALF WAY STATION
Rotterdam’s Half Way Station, fronted by the intriguing frontwoman Elma Plaisier, have slowly but surely been making a name for themselves in and around the local area. This saw them sell out the city’s Rotown when they released 2015 album DODO, and will also see them stretch up to Amsterdam as they release DODO’s vinyl record at the famed Paradiso. Incorporating a uniquely eclectic mixture of vibrant sounds, combined with Plaisier’s fantastic voice, Half Way Station are currently one of the biggest new prospects in Holland. There isn’t a single band out there who you could compare them to, with their sound that unique.
Key song: Sister Don’t You Cry
If you like Half Way Station you’ll like: shamanic rituals and being a free spirit PAUW
Psychedelic outfit Pauw last year released the stellar debut album Macrocosm Microcosm, a record which is more like a journey through space and time than it is a collection of songs. Frontman Brian Pots (also a member of The Mysterons, who featured in part 1) has a woozy vocal tone which his band underpins to the point where thinking straight isn’t even an option anymore. Standout track Glare Pt. 2 spans almost 8 minutes in length as it takes you on a journey reminiscent of Kettering psych quartet Temples. Pauw, just like Jacco Gardner, are one of Holland’s best psychedelic bands around right now.
Key song: Shambhala
If you like Pauw you’ll like: Jacco Gardner, Eerie Wanda, Temples THE OVERSLEPT
On a completely different musical spectrum to the aforementioned two bands you’ll find The Overslept. Their exuberant and energetic pop punk is the kind of music which has the promise and power to encapsulate a whole scene. Not that this has been a problem for them, though, with the Hilversum outfit having already played with the likes of Simple Plan. If you need a band to soundtrack lonely Friday nights in your bedroom with a box of pizza and broken skateboard, then The Overslept are the band for you. Look out world, because The Overslept may well just have enough potential to break out of Holland and make it elsewhere.
Key song: Where We Want To
If you like The Overslept you’ll like: Alive Again, Call it Off, ROAM

The Overslept at the Paradiso

AMBER ARCADES
Dutch musician Annelotte de Graaf, who goes under the moniker Amber Arcades, has just signed to British label Heavenly Recordings, a spiritual home to bands like Temples, TOY and The Wytches. Featuring a recording band comprised of members of Quilt and Real Estate, it’s very clear that de Graaf is one artist who we’re not going to stop hearing about in 2016. The fact that she’s signed to an international label says enough about her potential, meaning that she’ll probably be here, there and everywhere throughout Europe and possibly America. Combining hazy vocals and intriguing lyrics, Amber Arcades’ faux-psychedelic tinges are only strengthened by de Graaf’s musical mastery. One to watch, without a doubt.
Key song: Turning Light
If you like Amber Arcades you’ll like: Earth Mk II, the whole Heavenly Recordings roster THE DEAF
Right, are you ready? Because Den Haag’s The Deaf are the kind of band who will take you on a rocking journey through the ages bound to leave you dazed, confused and wanting more. Fronted by Di-Rect guitarist Spike, he and his three bandmates combine raw punk elements with huge hints of garage rock and danceable power funk. Out of all the bands on this list, they’re probably the most internationally successful right now, having toured and recorded in Spain and Germany. If you’re desperately in search of a band who can hit you in the face with memories of the 70s and 80s, then The Deaf are one you’ll love.
Key song: Coming Down that Road
If you like The Deaf you’ll like: DeWolff, Birth of Joy, Frank Turner’s rockier output THE INDIEN
Concluding our list is the indie-pop outfit The Indien, who hail from The Hague. Bassist Janneke Nijhuis is also the bassist in The Deaf, with frontwoman Rianne Walther owning one of the sweetest vocal tones in the country right now. Incorporating a mixture of woozy indie-psych, RnB and pop, The Indien are extremely likely to break into the mainstream any day soon. After having performed a whole host of massive festival shows last year, 2016 finally looks to be the year in which we start to see people appreciate The Indien for who they really are – a band who deserve to be at the top.
Key song: Running
If you like The Indien you’ll like: The Mysterons, Sue the Night, The Brahms There are so many great Dutch artists around that it’s impossible to mention them all. If you’re still inclined to check out great Dutch music, follow the below Spotify playlist featuring songs by all the bands from today’s feature, as well as last year’s. Still not satisfied? Then here’s more: Lucas Hamming, Jungle by Night, Rats on Rafts, Traumahelikopter, The Brahms, Typhoon, Orange Skyline, Eerie Wanda and St. Tropez.