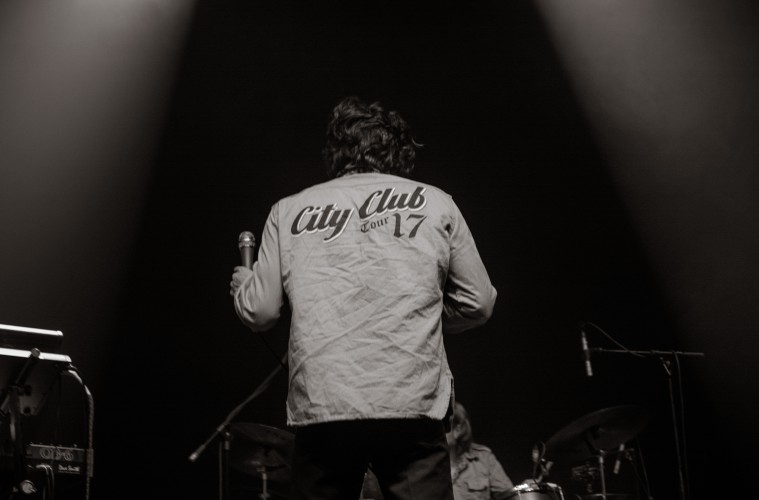 Six Reasons to Get Excited About The Growlers Six

Despite a slew of setbacks and troubles throughout the last year, Californian heroes The Growlers have powered on and managed to bring their renowned festival back to life. Now dubbed The Growlers Six, and following on from the older cult-breeding Beach Goth incarnations, Brooks Nielsen and co. have yet another reason to give a few thousand revellers the chance to dress up, get high and go wild. We’ve scoured the entire line-up and unearthed six performances which really should convince you to buy a ticket to the best weekend of your life. THE GROWLERS, CULT HEROES WITH A POINT TO PROVE
It’s not been an easy year and a half for The Growlers. Having debuted  slick new album City Club alongside the departure of two key members, the band went on to witness their intricately curated Beach Goth festival burn to the ground amid criticism and legal troubles. In the twelve months since, Brooks Nielsen and his band (who, onstage, have now expanded to a septet) have laid all doubt to rest and elevated themselves to grandiose heights as they ditch the ‘beach’ in favour of neon lights and glowing synths. Back home along the US west coast, Nielsen and co. are cult heroes, and their two headlining sets this coming weekend will well and truly reinforce that frame of mind as they light up the Waterfront.

JULIAN CASABLANCAS + THE VOIDZ, BRINGING THE MANIA
With the amount of buzz surrounding Julian Casablancas, his band the Voidz and new label Cult Records, you’d be forgiven for forgetting that he’s also the frontman of indie behemoths The Strokes. JC + the Voidz have a new studio album on the way, hints of which they debuted during a recent show at the Moroccan Lounge in downtown LA. While the world waits for more details surrounding new music, Casablancas will be ready to cause mania as he and his bandmates take to the stage this weekend. Expect fuzzy riffs, relatively inaudible vocals and youthful nostalgia. Nothing more, nothing less.

DANNY BROWN, THE NEW KING OF RAP
You’ll have had a hard time avoiding Danny Brown‘s recent rise to notoriety , but now it’s time for you to give up and give in to the Michigan rapper’s effortless charm, crafty hooks and pounding beats. New album Atrocity Exhibition is currently at the forefront of his live production, and if his previous live shows are anything to go by then he’ll be leaving no stone unturned in Los Angeles this coming weekend. Hype.

DELICATE STEVE, STARTING SPONTANEOUS PARTIES SINCE 2010
Where’s there’s a party, there’s Delicate Steve somewhere in a corner ready to stir things up. The instrumental Rock’n Roll guitarist is always on his hand with his guitar to produce soundscapes which explore various different musical landscapes. From western rockabilly jams (Winners) through to dreamy and ethereal offshoots (Peaches), there’s no doubting that the simple-yet-effective music Delicate Steve puts out is nothing short of party-starting worthiness. Plus points for anyone who notices that The Growlers have now also enlisted his services, meaning you’ll be able to enjoy a double dosage of Steve this weekend.

JONATHAN RICHMAN, YOUR PERSONAL GUIDE TO LA’S BEST LESBIAN BARS
“Well I was dancing at a night club one Friday night / And that night club bar was a little uptight / Yeah, I was dancing all alone a little self conscious / When some kids came up and said / “If you’re dancing come with us.” / And soon…” Learn those lyrics, and let Jonathan Richman‘s dulcet vocal tones and jangly guitar lines hypnotize you with love, lust and happiness.

TINARIWEN, BRINGING THE ETHNIC VIBES TO LOS ANGELES
Malian musicians Tinariwen and festival hosts The Growlers may, on the surface, look like they have little in common. However, if you dig deeper you’ll find one stark similarity which serves as a thread of relevance. You see, back when The Growlers were just reckless upstarts, they took Tinariwen’s Aldhechen Manin and morphed it into a track which is considered by many as one of their best: the scuzzy, lo-fi Drinkin’ the Juice Blues. Tinariwen’s Tishoumaren tones and Saharan riffs proved a perfect basis for Nielsen and co., who have now invited the band to their own festival in Los Angeles. Is there an onstage collaboration on the cards? Who knows…

The Growlers Six takes place at the 400 acre LA Waterfront on 28 and 29 October (this weekend). Get your tickets here, and listen to the official festival playlist below.