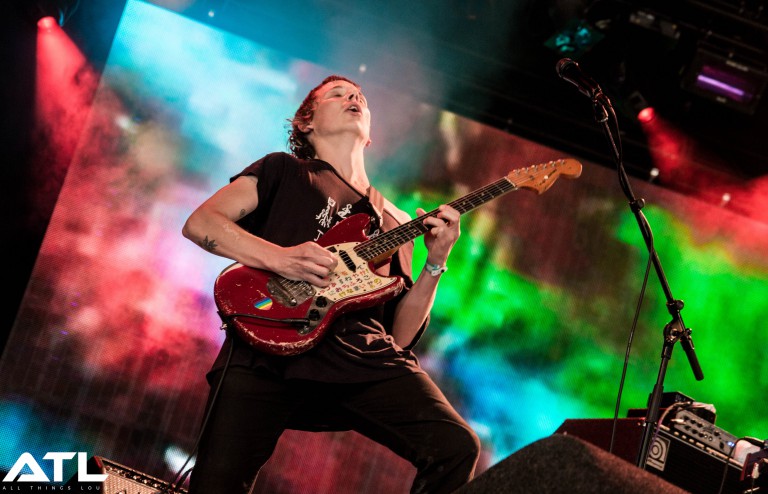 This month’s Boston Calling is undoubtedly one of the biggest musical spectacles which the American festival landscape has to offer. Boasting a line-up larger than life, the Massachussetts bash looks set to finally ruffle some feathers within the upper echelons of American festival culture, one which has long been dominated by the Coachella’s and Lollapalooza’s. This year, the festival will welcome headliners Eminem, The Killers and Jack White alongside an undercard which features an enviable amount of potential bill toppers. Today, we’ve picked out six artists whose appearances at Boston Calling are not to be missed. Let’s keep the talking to a minimum, and the listening to a maximum.

QUEENS OF THE STONE AGE

There’s no getting around it: Queens of the Stone Age are one of the biggest bands on the planet. New album Villains – albeit not on par with 2013’s Like Clockwork – served as one of 2017’s best rock records, demonstrating Josh Homme and co.’s ability to rock the fuck out whilst not caring one little bit. Unmissable set.

The rise of Portugal. The Man is definitely one which took quite a lot of people by surprise, fans and critics alike. The Alaskan indie pop project were always one to watch, bubbling up for a few years whilst nobody really took much notice. This all changed last year thanks to massive single Feel it Still, which has sent them right up into the indie rock stratosphere. It’s the kind of song which, once embedded within the confines of your mind, never leaves you, no matter how hard you try. Their set at Boston Calling with offer much of the same impact.

If you haven’t picked up on the vocal wonder that is Maggie Rogers yet, then something must be wrong. The American songstress – and Pharrell Williams protégé – has an impeccable voice, one which she pairs with sickly sweet indie pop. Her music lends itself to sunny days on the beach just as much as it does to sitting around an autumn campfire, and once you give 2017 EP Now That the Light is Fading a listen, you’ll figure out exactly why. Get your flower crowns out, because Maggie Rogers is going to take Boston by storm.

There is absolutely no denying that singer-songwriter Julien Baker is one of the most intense and heartfelt musicians of our time. Last year’s Turn Out the Lights (which was our Album of the Year) contains eleven emotional and stunning tracks which tug at your toughest heartstrings, never letting go. She reels you in, and leaves you begging for more and more. Although Baker may come across stronger in an intimate room, there’s no denying that her set at Boston Calling will still go down a treat for all of the budding fans she picked up last year.

Australian psychedelic project Pond are the kind of band best experienced on the live stage (drugs encouraged, but optional). Their encapsulating (out)back catalogue has enabled them to head straight for the forefront of Australia’s saturated psych scene, pitting them alongside the legendary Tame Impala and the prolific King Gizzard & the Lizard Wizard. Despite the fierce competition, Nick Allbrook and co. consistently manage to put out records which set them apart from the rest. Last year’s The Weather was a slick exercise in glossy psych-pop (try the captivating Sweep Me Off My Feet for size), following up 2015’s mesmerising Man it Feels Like Space Again. What Pond do next is anyone’s guess, but come the end of May you’ll be sure to find the band doing what they do best in Boston.

Boston Calling Festival 2018 takes place from 25 to 27 May at the Harvard Athletic Complex in Boston, Massachussetts. Get your tickets here, and find the full line-up below.