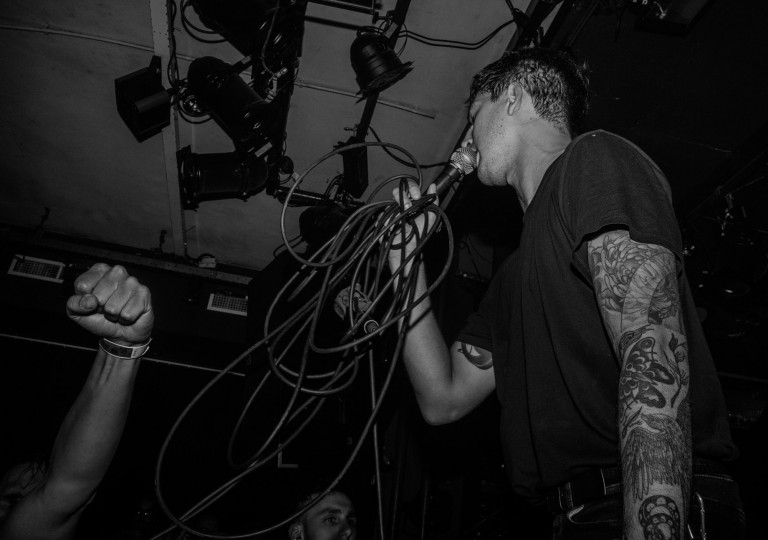 Time for festival season to reach its end is slowly approaching, and so what better way to end it than in the forests of Brabant at one of Holland’s most underrated festivals? That’s correct, Misty Fields is back with a line-up far stronger than anything they’ve ever put out in the years prior. The intimate weekender will take over Natuurgebeid de Grote Peel in Heusden for three days of the finest garage rock, punk and indie. Among the big draws this weekend are the likes of ultimate hype band Sports Team, the rowdy together PANGEA and Belgian punks SONS, all of whom form out the most culturally relevant Misty Fields line-up to date. We’ve picked out six artists who we believe will soundtrack your weekend in Heusden. Are you sitting comfortably?

The Belgians are at it again! SONS are the latest in a long line of fantastic punk bands to emerge from south of the border. The quartet bring ear-shattering and ribcage-thumping riffs and rhythms with them, leaving no stone unturned and taking no prisoners in their pursuit for the best live show they can possibly deliver. They’ve already torn apart the likes of Sniester, Left of the Dial and Down the Rabbit Hole in the last year, and Misty Fields sure looks likely to join their list of carnage.

Sports Team are the kind of band who you’d gladly introduce your parents to over dinner. Comprised of six charming musicians, the band initially met one another at Cambridge University before relocating to Harlesden as they cut their teeth performing across country and (soon to be ex-)continent. Fronted by the enigmatic Alex Rice, Sports Team have carved out a nice niche for themselves within the London scene, churning out quirky indie rock which finds a nice balance between slacker and slick. EPs Winter Nets and Keep Walking! are brilliant collections of youthful British rock, and their impact has been witnessed on big stages the world over throughout 2019. Don’t believe us? Then enter their fun-filled world and see for yourselves, because a festival set as small as the upcoming one at Misty Fields will be a rare occurrence in the months to come…

Crows are the kind of band who you have to see live in order to truly appreciate. Sure, their recorded output is great for blasting through a pair of headphones, but it’s not until you physically experience the destruction that James Cox and co. put on that you’ll understand what kind of impact a band like Crows can have on a crowd. Expect plenty of moshpits as the British quartet tear up Heusden.

Whilst this year’s Misty Fields line-up does lean more towards the heavier side of the (post-)punk spectrum, there are still occasional moments of sonic beauty waiting to be discovered. Penelope Isles are a perfect example of this, bringing their shimmering dream rock to Heusden after what’s been an incredibly impressive year for the quartet. What started with a successful stint at Eurosonic has culminated in the release of debut album Until the Tide Creeps In. We’d like to think it’ll stay dry at Misty Fields, because the only thing that’ll be creeping in is the crowd…into the tent. Punintended.

“Hypnotic analog dance music” are the four words which prolific musician Nic Mauskovic used to describe The Mauskovic Dance Band, one of the latest in a long line of new projects. And he’s not wrong, because The Mauskovic Dance Band is by far one of his most energetic and perkiest experiments to date alongisde the Latin-tinged Bruxas his role in Jacco Gardner’s live band and former band Altin Gün. Allow Mauskovic and his dance band to take you on an edibles-worthy journey as they transform Heusden into a psychedelic, afro-Caribbean paradise.

together PANGEA are what you could dub a ‘dream headliner’ for a festival the size and stature of Misty Fields. The American rockers have long been a mainstay of the surf punk and garage scenes, making a name for themselves on the back of their rowdy live shows and give-a-fuck attitude. It’s approaching two years since the release of their most recent record Bulls and Roosters, with the hope being that Misty Fields will be treated to a handful of new tunes. It’s the first of five consecutive shows on Dutch soil, and it’s already shaping up to be the most explosive.

Misty Fields takes place from 6 to 8 September in Heusden, Brabant. Get your tickets here.