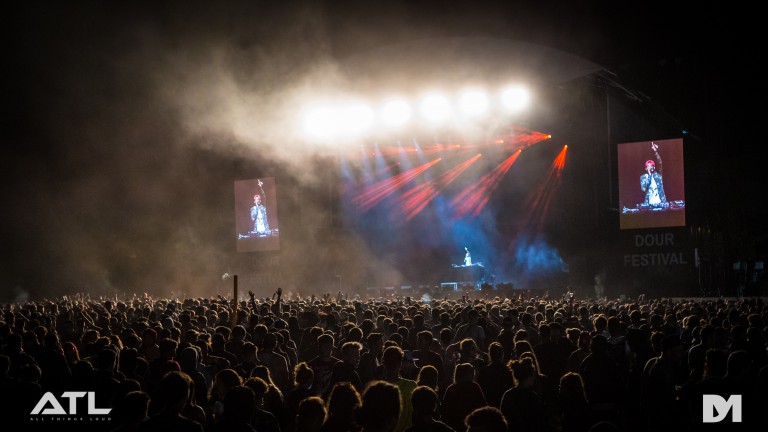 Six Songs Which Will Drive You Wild at Dour Festival

Belgium’s Dour Festival is one of the few European festivals where atmosphere and experience really stands central. This year, the July weekender yet again boasts a line-up packed to the rafters with an eclectic mix of music from all walks of life and sonic disciplines. Among this summer’s main attractions are the quirky alt-J, raucous shame, batshit Ho99o9 and cult hero Tyler, the Creator. Despite the enormous amount of music on offer, though, you’ll find that there are always a small selection of tracks which send crowds into an instant frenzy, regardless of prior circumstances. We’ve had our hand at picking six tracks which are undoubtedly going to drive you wild at Dour Festival this year. Some of them are established anthems, whereas others are future hits; listen to them all below.

Sure, Breezeblocks isn’t one of alt-J‘s most energetic pieces of music, but it certainly is one of their most anthemic. There’s nothing more beautiful than listening to a field of thousands chanting along to its buzzing finale, and that’s a fact.

“NO MORE! NO MORE! NO MORE QUESTIONS!” commandeers shame frontman Charlie Steen towards the end of the energetic Concrete, and there honestly isn’t much more to say about this track other than that it hits you like a battering ram while bearing no regret whatsoever.

Futuristic psychedelic folk will be on the menu at Dour this year when Altin Gün serve up fresh cuts from debut release On. The Turkish/Dutch outfit have just put out this brilliant debut offering, an album full of refurbished Turkish folk songs which hit you harder than Ian Dury’s (in)famous rhythm stick. Standout track Goca Dünya will get you up on your feet like there’s no tomorrow. Take our word for it.

Cult hero Tyler, the Creator may have made a subtle sonic switch from gritty rap to slick hip-hop in recent years, but it doesn’t mean that he’s left his Goblin-era behind. All that the Dour Festival crowd needs to hear this summer is Yonkers’ opening snare stabs, and then the rest will swiftly become history…

This absolute banger is one of the defining dance tracks of the mid-noughties, and one which enabled The Chemical Brothers to ride a wave of success which is still ongoing to this day. It also won a GRAMMY, something which shouldn’t surprise you when you consider the enormous cultural impact it had upon its 2005 release. Anyway, enough about culture and ceremony: the track is massive, and you shouldn’t need much to convincing to experience it for yourself.

CALIFORNIA, YEAH! SKATING, YEAH! WEED, YEAH! What more could you ask for from skate punk badboys FIDLAR? That’s right, nothing. Move along now.

Dour Festival 2018 takes place from 11 to 15 July, and there are still limited tickets available. Head over to the festival website to claim yours. Check out the entire line-up below.