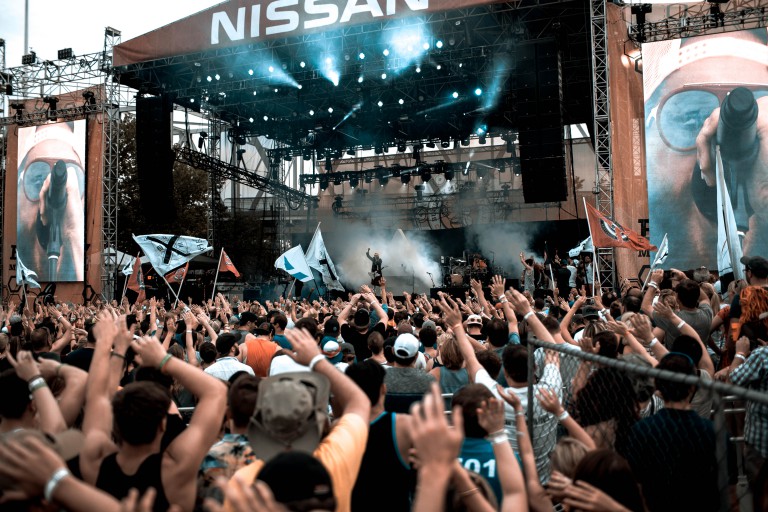 The Five Songs Which Will Set Bunbury Festival On Fire

Bunbury Festival is back this week! The Cincinnati bash will celebrate its largest edition yet this weekend with sets from the likes of blink-182, Jack White and Incubus. To mark its return, and the fact that it kicks off our Festival Season ’18 coverage, we’ve handpicked five songs which we’re sure will make your weekend in Ohio one of the best.

Bands like Everything Everything don’t come along very often, which makes it all the more exciting when they do. The UK indie outfit are a perfect example of why today’s new wave of British music is on the verge of conquering America, with arena anthem Can’t Do serving as an absolute mission statement.

Look, we get it. You don’t like The Chainsmokers, and their placement on the Bunbury bill is already enough confusion for one day. Don’t let it get in the way of the fact that their live show is made for these kinds of stages, though. #SELFIE may be a questionable track at best, but live it’s one of their funnest.

Don’t we all just love a good bit of hardcore-infused punk? Dropkick Murphys are this year’s resident Bunbury hellraisers, with their infectious folk punk standing the test of time year upon year as the band continually take their live show to the next level. All together now: “I’m shipping up to Boston, whoah!”

Remember Foster the People? If the answer to this question is a no (shameful), then allow for that to change once you hear Helena Beat‘s opening percussive stabs and synth wobbles. The American indie rockers aren’t one of the world’s most exciting live bands for no reason…

ROYAL BLOOD – OUT OF THE BLACK

Riffs for days on this absolute powerhouse of a festival anthem courtesy of Royal Blood. The Brighton duo, whose vocalist Mike Kerr suffered a foot injury at Boston Calling last week, are one of modern rock’s most impressive live bands, which is quite an achievement for just two(!) lads. Out of the Black, and straight into the Bunbury history books.

Get your last-minute tickets for Bunbury Festival here.

Update: a previous version of this article included a sixth song, blink-182’s What’s My Age Again? The band have since cancelled their appearance at the festival.