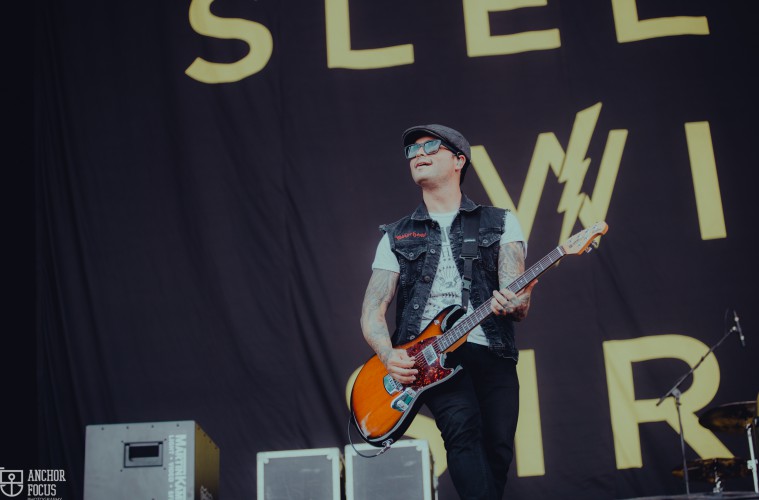 Slam Dunk Festival has shared an update with visitors regarding the plans for its 2019 edition.

In a lengthy post to Facebook, the multi-city festival announced plans to make the transition from Leeds’ city centre to the Temple Newsam Park, whilst scrapping the annual Midlands edition in the process.

The changes mean that Slam Dunk’s 2019 edition will only take place across two locations, both of which are large outdoor fields as opposed to the previous city centre locations which built the festival’s foundations. The Hatfield leg of the festival moved to an open air location earlier this year.

Read more on what the festival had to say about these changes below:

“2018 was a massive year for Slam Dunk Festival, especially the site move in South to Hatfield park which was a great success. Everyone loved the new site; it was easy to access, there were very small queues to get in, and then no queuing to see bands or access venues once inside. The larger outdoor stages meant everyone could see who they wanted to, with no small indoor venues becoming full to capacity, and the stages were still close enough together to move around quickly and see many more of the bands fans wanted to see.

Due to this, we are pleased to announce that Slam Dunk Festival North will also be moving to a new outdoor site. The new site will be Temple Newsam Park, just outside Leeds City Centre. It will be very easy to access – there will be easy drop-off and collection points, great parking straight off the motorway network, public transport links and we will also be providing a shuttlebus service from the city centre.

We would like to thank all the venues in Leeds that have worked with us over the last 4 years in the City Centre, but everyone agrees that (mainly due to the necessary, heightened security checks) it was just getting too hard for people to move easily around all the different venues in use.

Going forward, we have 2 large outdoor sites where we have much more flexibility to deliver what you want. Unfortunately this means we are unable to run a third day, so Slam Dunk Festival Midlands will not be happening in 2019.”

The festival adds that visitors of the former Midlands date will have the opportunity to travel to other locations via coach, with transport services operating out of Birmingham but also leaving from other locations around the country. Slam Dunk’s statement also touches upon other site improvements, and you can read the entire thing here. The festival’s 2019 edition will take place in Leeds and Hatfield on consecutive days in May. The first band announcements – and specific dates – are set to follow very soon. Listen to If You Can’t Hang by Sleeping With Sirens (who appeared at the festival this year) below.