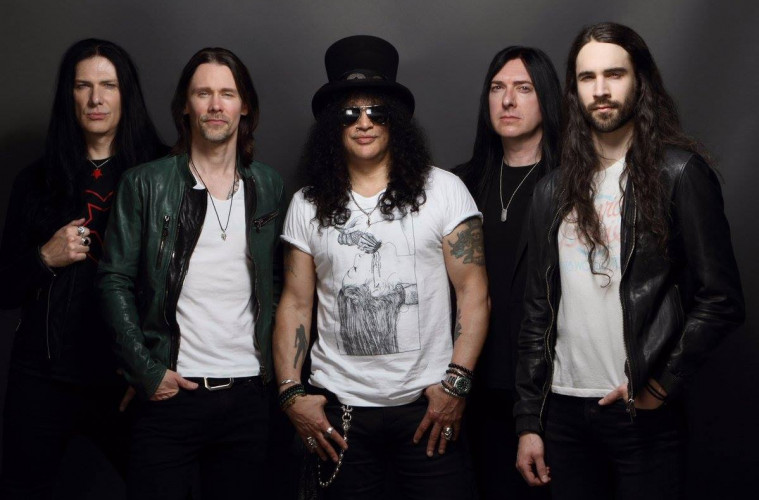 Guns’n’Roses guitarist Slash has announced details of a Dutch headline show together with his live band the Conspirators and Alter Bridge frontman Myles Kennedy.

The supergroup will take to Amsterdam’s AFAS Live on Sunday 24 February 2019 in support of upcoming studio album Living the Dream, which is due on 21 September.

The news comes after both Guns’n’Roses and Myles Kennedy rounded off successful European summer tours in respective support of a reunion and debut solo run.

Tickets for the AFAS Live show will set you back €57,20 and go on sale Monday, 17 September. Get yours here, and RSVP to the official Facebook event here.