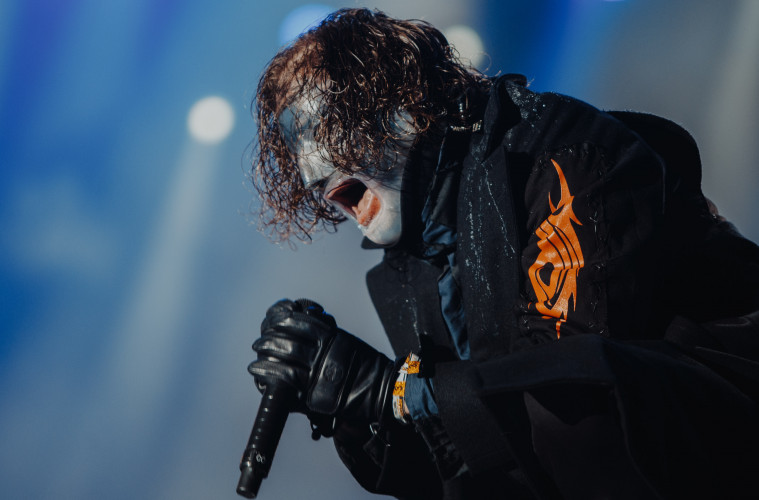 Slipknot in Amsterdam: A Career-Spanning Masterclass in Sonic Brutality

As a band who thrive on live performance, Slipknot have always been on the lookout for ways to top previous tours and go that extra mile. The last decade or so has seen Corey Taylor and co. tackle everything from hydraulics to fire, which begged one question as the masked Iowans dove headfirst into the tour for last year’s incredible We Are Not Your Kind: what now? Last night, the metal titans stopped off at the Ziggo Dome in Amsterdam for a sold out headline show, their largest in the country to date by a long shot. Never before have Slipknot been this popular in the Benelux, but was their trip to the Dutch capital worth the wait? 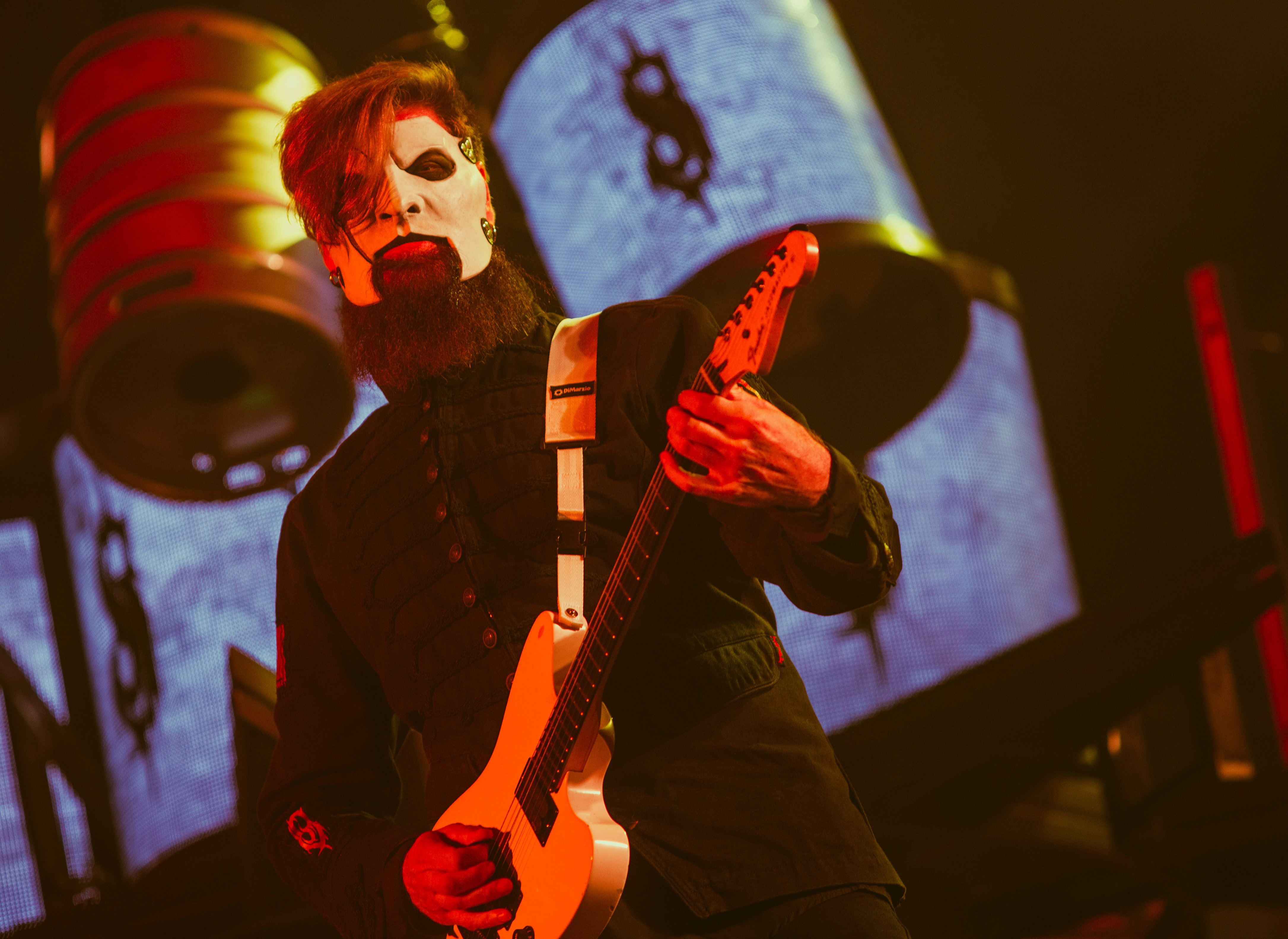 In short, absolutely. Over the course of ninety minutes, Slipknot had Amsterdam in the palms of their hands as they absolutely conquered the stage. And what a stage it was: the band find themselves split across different levels, with Sid Wilson’s turntables accompanied by a treadmill and Clown and Tortilla Guy’s oil drums at the end of individual catwalks flanking the sides. There are bars on the rims of the drums for the percussionists to dangle from as they please, something made use of greatly during the show. Opening on We Are Not Your Kind lead single Unsainted, the Ziggo Dome burst into carnage from the word go. The track’s pummelling rhythms, battering riffs and Taylor’s brutal screams (albeit sometimes lost in the mix) are an incendiary combination, their prowess often on display throughout the night. Early highlights Disasterpiece and Eeyore served as solid throwbacks to an early-2000s era which defined Slipknot and their aesthetic, leading right into modern classic Nero Forte, the ferocious WANYK highlight and one of the best moments in the show. It was around this point in the show that Taylor also called out a fan for hurling a beer in his direction, launching a “boo” back in his direction. 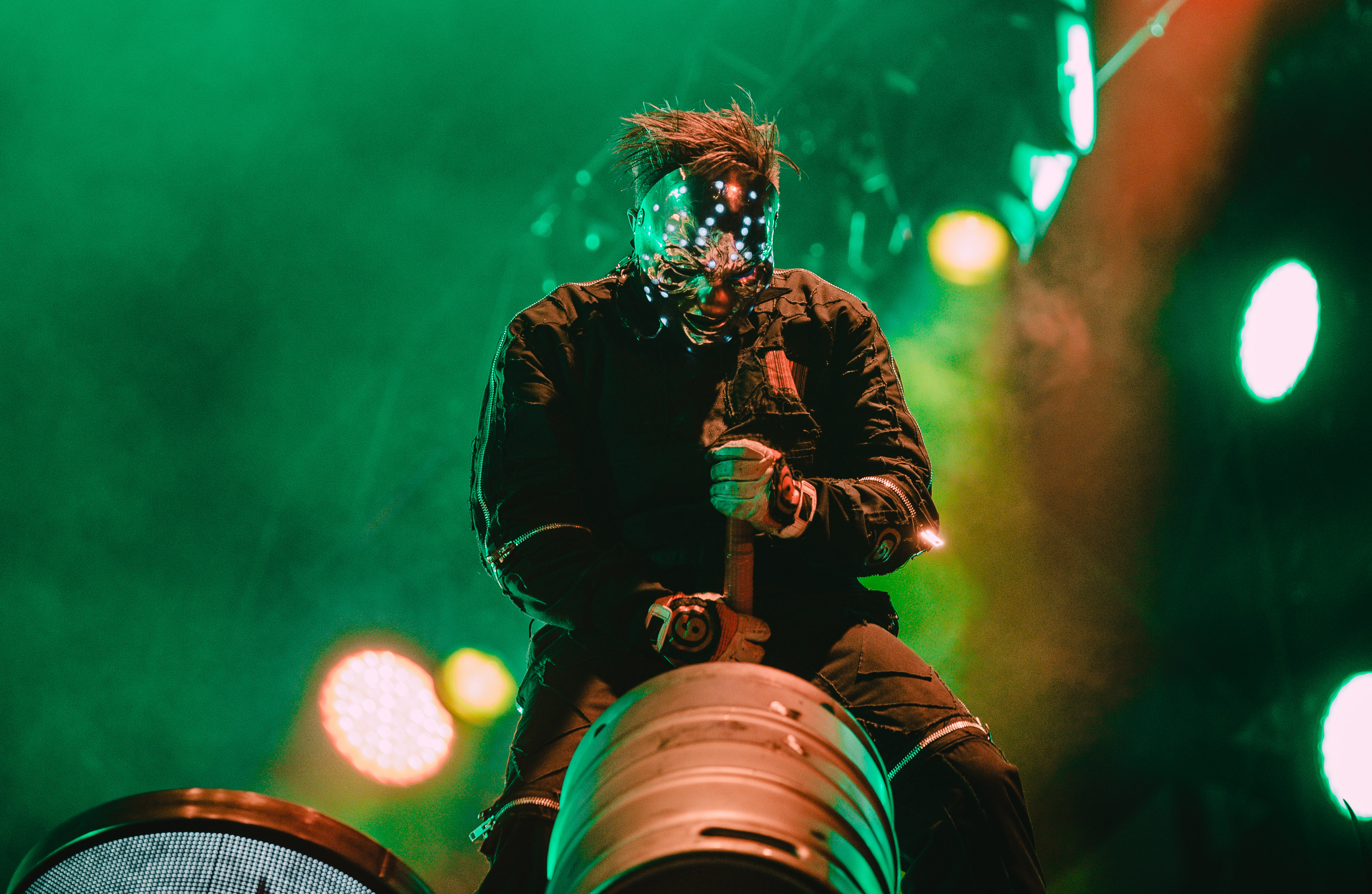 Dutch crowds are often given flack for their disinterest during live shows (or their incessant talking), neither of which are a problem when Slipknot’s sonic and visual assault hits you head on. A banter-heavy Taylor gauged the crowd’s enthusiasm ahead of deep cut New Abortion, which made way for a fierce double-header of key track Psychosocial and new monstrosity Solway Firth. It’s on the latter where we hear a transparent-masked Taylor hit his vocal peak on the night, his eight bandmates all on top form. Whether it’s the still anonymous Tortilla Guy leaping off of his equipment or the terrifyingly cloaked Sid Wilson entertaining himself on a treadmill, it’s evident that Slipknot are having more fun than ever before. The hyperactive Eyeless threw it back to the early days once more, Taylor’s shrieks echoing through the cavernous Ziggo Dome. Long gone are the days where Taylor will burst your eardrums with his shrieks and growls, but that doesn’t take away from the fact that they’re still as strong as ever. A roaring Duality closed out the main set in all its stadium-worthy glory. 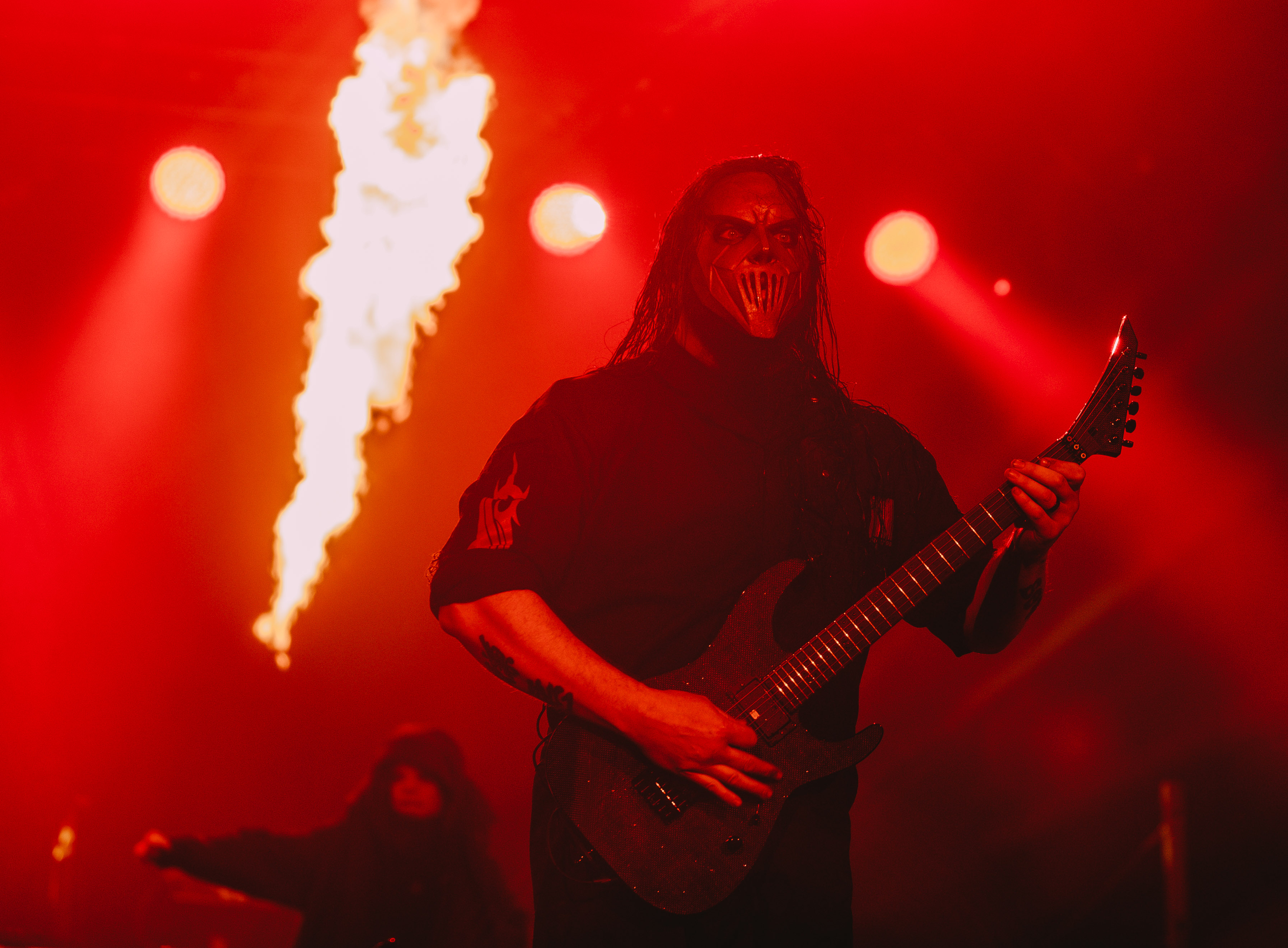 As the band returned for an encore, it became clear that the final fifteen minutes would revolve around one thing only: nostalgia. More specifically, a last dive into the world of Slipknot’s seminal debut album and its iconic follow-up, Iowa. (sic) raised fists, while fan favourite People = Shit opened the night’s many mosh pits yet again. Surfacing marked the end of a manic night, it’s slicing riffs sending Amsterdam into one last frenzy. Urging the crowd to take care of each other as they left the stage, Slipknot can rest assured that We Are Not Your Kind and its accompanying live tour is one of the band’s most accomplished to date. Whether or not the Knot will return to the Benelux this year for a headline show remains to be seen (nothing has been announced aside from Graspop in Belgium), but any appearance will be largely welcomed by the rabid fans who spent hours queuing in the Amsterdam wind on this memorable night.

All the pictures in this article were taken at Rock am Ring 2019.