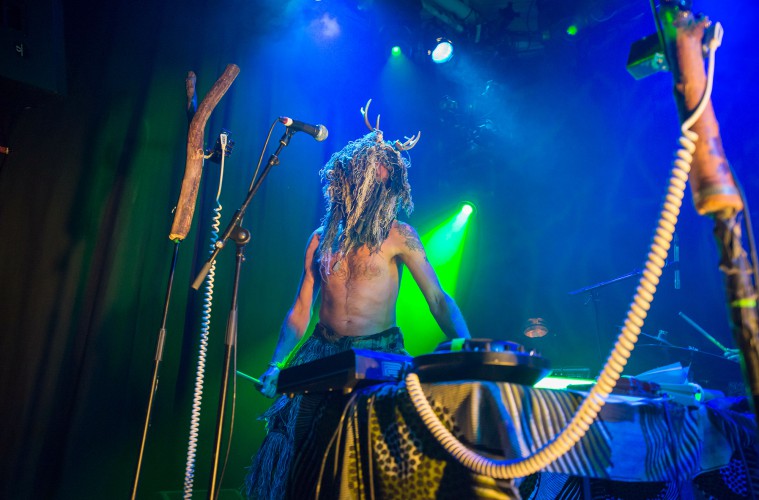 Snapped Ankles may be the sort of band name which makes you wince upon hearing it, but when you see them, their name quickly stops being their most notable trait. Each member wears an individual ghillie helmet which, combined with the green lighting, gives an impression that you’ve stumbled across a pagan ritual. They used to wear the full outfits, but in anticipation of their forthcoming second album, they have scaled that back to just the helmets matched with boiler suits. Rather than producing ethereal folk which people assume from this look, they instead create post-punk underpinned by hypnotic synthesisers with the improvisational spirit of Can. It confines expectations on multiple levels and right from the start you know it’s not going to be a conventional rock show. 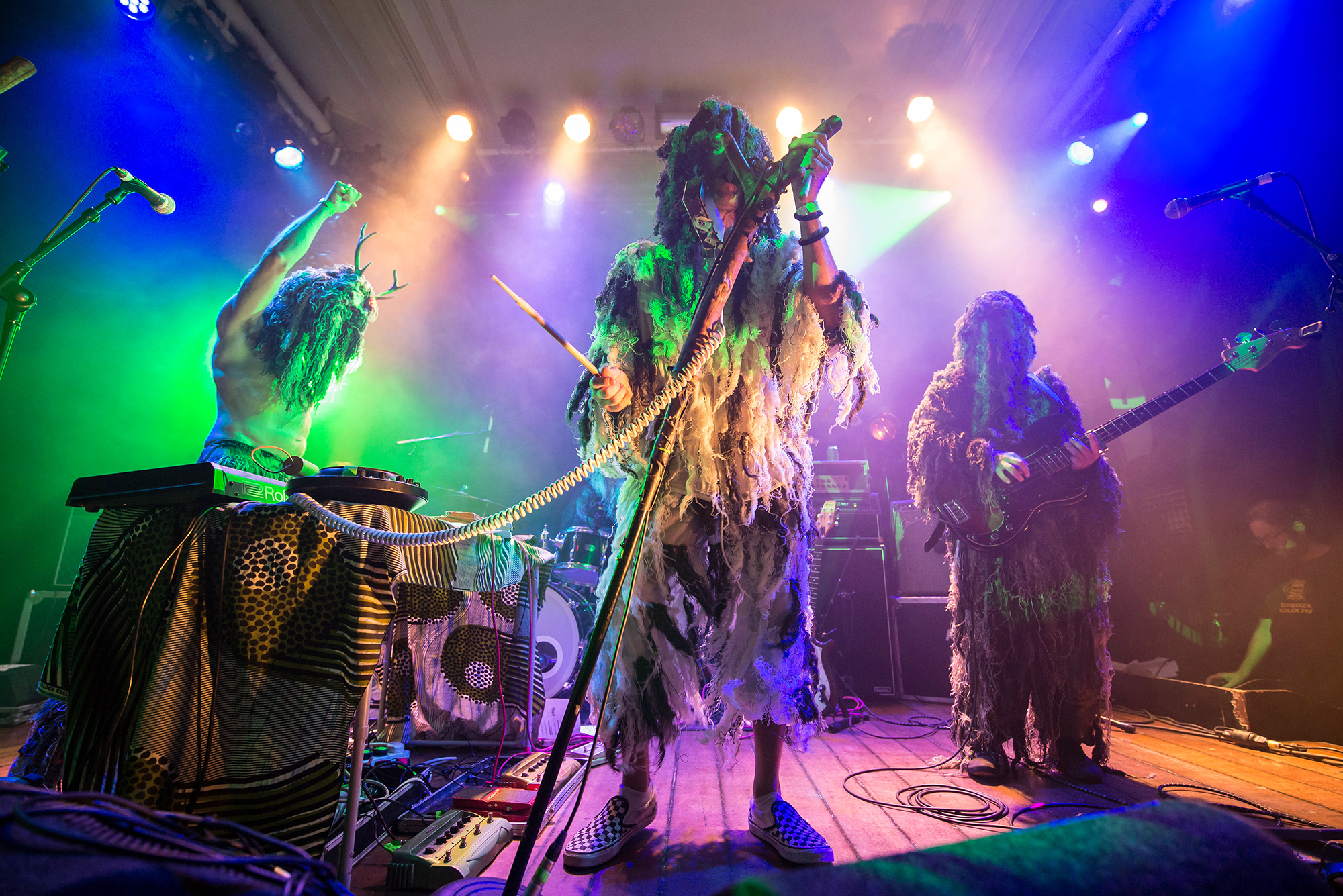 As the room filled in with people and with no support act to interrupt their elaborate stage setup, the band exploded into Tailpipe with its frantic descending bassline, creating a sense of urgency. Frontman Austin grabbed a wooden synth strapped to a mic stand, jumped into the audience and gave instructions to an unsuspecting audience member to hit the wood with a drumstick. As they did, it created a rhythmic sound congruent with the rest of the music, creating an impromptu fifth member. The audience member looked sheepish at first, but didn’t take long to beat along with abandon, sometimes in time, sometimes not. An apt act in what feels like such a communal experience. As Austin began to sing, the familiar layers of FX so prevalent on their recordings rang out, sounding less coherent than ever with his frenzied live delivery. 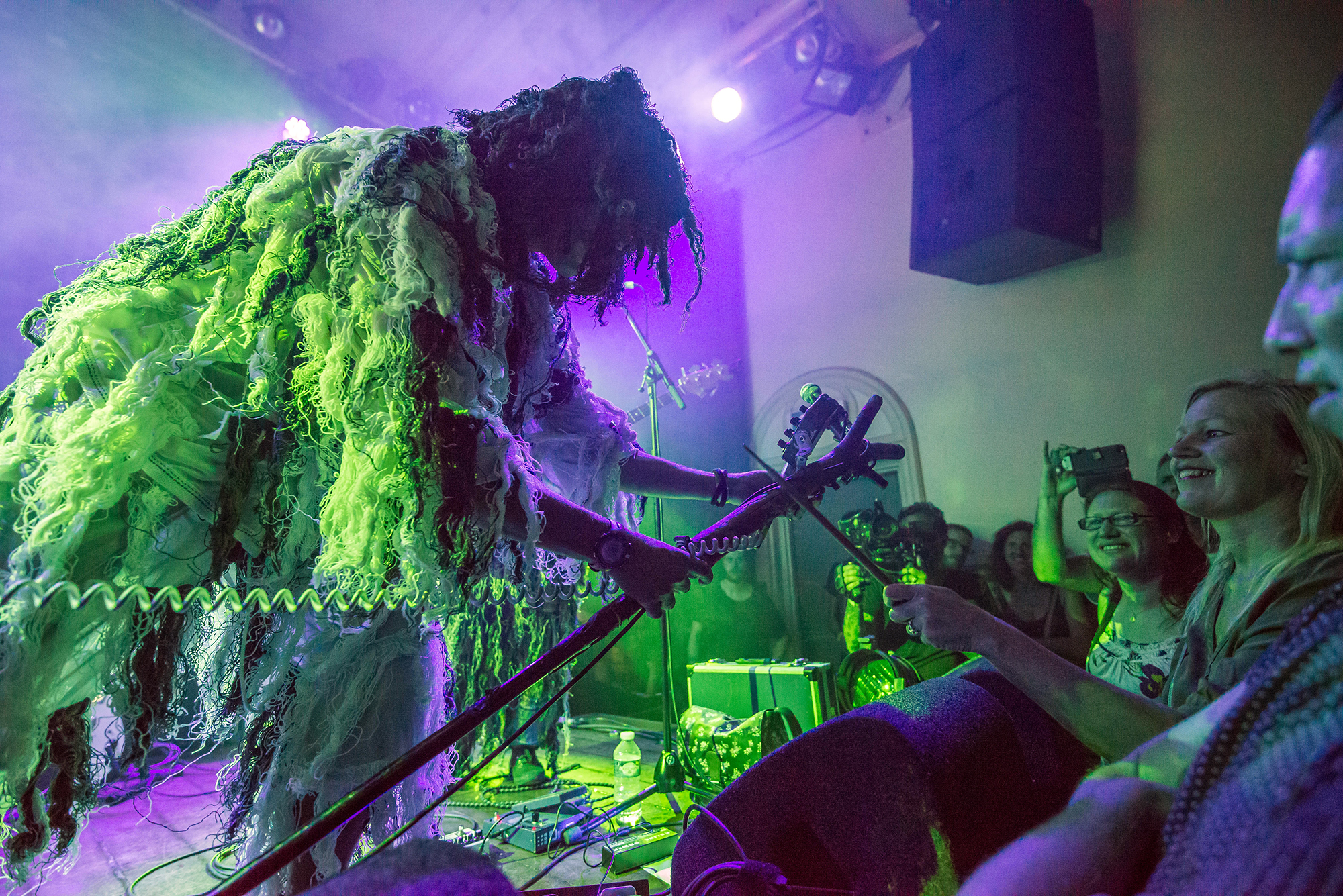 Even without a support act, it didn’t take long for the crowd to get into the flow of things, forgetting the heavy Sunday rain outside and getting caught up in the relentless groove instead. While the self-imposed restrictions of Snapped Ankles’s music can become too singular for headphone listening, on stage it’s mesmerising, something you never want to end. Even the physicality of the instruments creates a visual spectacle; from the sample triggers to the Theremin, everything is about movement. The experience is multi-sensory, engaging your brain on multiple levels to create something so stimulating. They have created their own portable mystic forest and it’s a joy to behold. Between songs, Austin’s enthusiasm is clear enough to make him want to engage with the audience, but with the FX still distorting his voice, everyone in the audience just looked bewildered at the words he was trying to say. Maybe he realised this, maybe he didn’t, but either way he didn’t let on that anything was amiss from the confused reactions he was getting. 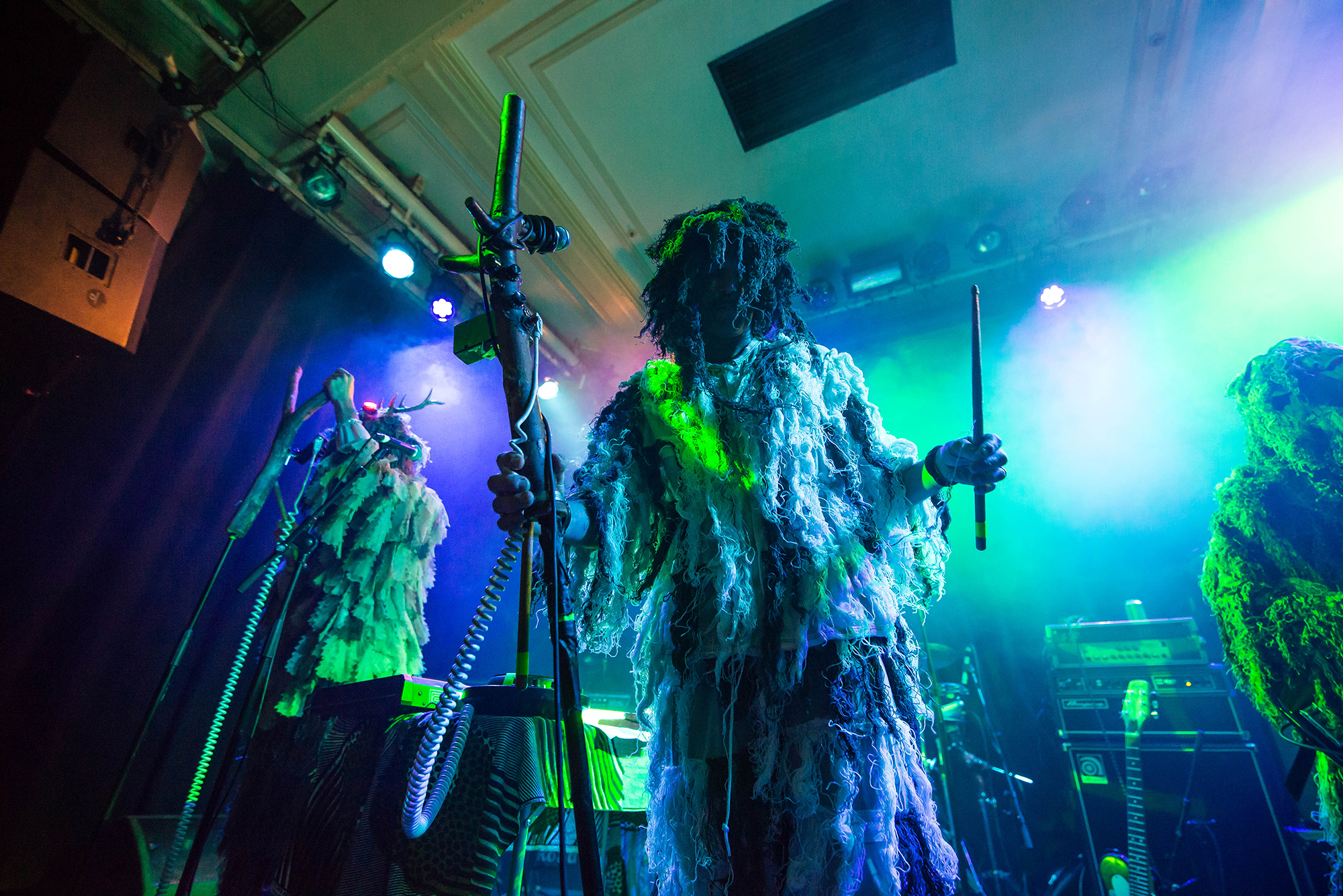 The latter half of the set centred more heavily on 2017 debut Come Play The Trees rather than their forthcoming album Stunning Luxury, with the back-to-back combo of I Want My Minutes Back and Jonny Guitar Calling Gosta Berlin closing out the show. To the majority of the crowd, however, it didn’t seem as though the reaction was any different for the old or the new material. This isn’t music that’s about singing along to the hits, or gently swaying, it’s all about simple repetition and the need to dance which it instils. The band keep their identities secret, and with their elaborate outfits, you have no idea who is who on the stage. It’s about stripping away the unnecessary posturing and leaving only what matters to creating their message. Once the last song rang out, they immediately walked off the stage, one after another through the crowd, once again joining the audience as just another member. The images in this article are taken from a different Snapped Ankles performance. Stunning Luxury is due 1 March via The Leaf Label.