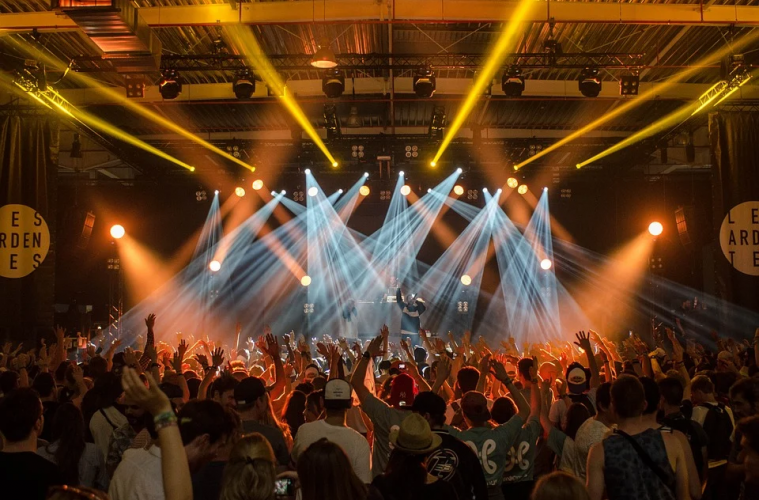 London is a vibrant city with many music venues, some of which are well known around the world. This article will introduce you to some of these top venues for live music in London that are totally worth the hype.

London’s musical history dates back centuries and it has always been an important cultural hub for musicians from all over the world. It has also had a huge impact on Western popular music development since the 1950s when it became one of Europe’s major recording centers. Today, there are more than 600 licensed premises where live music can be heard every week and this article highlights different kinds of venues, from concert halls to pubs, for you to choose from depending on your personal tastes and needs.

Located in the heart of central London, The Hippodrome is a one-stop entertainment venue that features live music performances by established artists on most nights of the week. You can enjoy entertainment ranging from cabaret shows to electronica and soul parties while enjoying delicious drinks at their café bar or dining in their restaurants. Of course, there’s also a casino there that’s among the biggest in Europe. You can enjoy a game of poker, blackjack, or roulette along with great live music. If you’re a big fan of poker and you’re interested in poker rankings, poker.org has made a helpful chart that you can check out. If you visit the Hippodrome Casino London you will surely have a good time.

The George Tavern is a popular London landmark and one of the oldest pubs in London. It dates back to the 17th century and was originally known as the Halfway House. It is one of London’s few remaining traditional music pubs and it’s filled with history. An example of this is that in World War II, people in the area used to carry messages for pilots who were flying in fighter planes above them. The tavern is mentioned in the writings of Charles Dickens, Samuel Pepys, and Geoffrey Chaucer.

Pauline Forster, an artist, purchased the building at auction in 2002 and reopened it as a music, performance, and arts center, as well as a pub. You can expect some of the best live music performances in London, including jazz, blues, folk, country, rock ’n’ roll, ska music, and more. It’s also a popular photo, film, and video shoot location.

Twenty minutes away from the city center by public transport, you’ll find one of Europe’s biggest concert venues: The O2 Arena. It’s mainly known as a sports and music venue but it also has other facilities such as a cinema and ice rink.

It can hold up to 20,000 people and has the widest range of entertainment options in London. It hosts music concerts by high-profile names like Coldplay, John Mayer, Oasis, Rihanna, Beyoncé, Bruno Mars, Katy Perry, Madonna, Green Day, and other artists from all over the world. You should make it a point to see a concert there as soon as possible.

Located just around the corner from Camden Town, the legendary KOKO takes you back in time to an era of music that was more open and experimental, with sounds inspired by jazz, blues, soul, funk, psychedelia, and hip-hop. KOKO was previously called The Music Machine and Camden Palace and it served as a theatre. It was first opened in 1900.

Throughout its history, KOKO has hosted gigs by some of the biggest names in alternative music such as The Rolling Stones, Lady Gaga, Tokio Hotel, Red Hot Chili Peppers, The Killers, and Madonna. This venue was also visited by a few members of the Royal Family.

Located in Wembley, this is the biggest stadium in Europe and can hold a maximum number of 90,000 people. It has been used to host events such as concerts by Michael Jackson, Queen, Lady Gaga, Beyoncé, Robbie Williams, Taylor Swift, and many more. It also serves as a venue for sports tournaments such as football and rugby, of course. The stadium, designed by Populous and Foster and Partners, is crowned by the 134-meter-high (440-foot) Wembley Arch, which acts as a visual and structural landmark throughout London, sustaining almost 75 percent of the roof load. It is one of the most impressive structures in London.

This is also one of London’s most popular music venues. It was built in 1871 after the Albert Memorial, which is located near Kensington Palace to commemorate Queen Victoria’s late husband, Prince Albert. It is one of the UK’s most valuable and distinctive buildings, trusted for the country and managed by a registered charity that is not funded by the government.

The Royal Albert Hall has hosted some amazing performances throughout its history including artists like Eric Clapton, David Gilmour, Shirley Bassey, and David Bowie. There are also different events organized at the Royal Albert Hall year-round such as opera, dance shows, and film festivals.

Originally built in 1847 by the London and North Western Railroad as a circular building with a roundhouse and railroad turntable, it was used for this purpose only for about 10 years. After being used as a warehouse for several years, the building was no longer used shortly before World War II. Playwright Arnold Wesker founded Center 42 Theater Company and reopened it as a venue for performing arts in 1964 when the building was converted into a theater. Some of the most famous artists who have performed in the Roundhouse include The Doors, Pink Floyd, and Jimi Hendrix. It’s also used as a photoshoot location for advertising campaigns.

It’s important to consider the type of music venue that will work best for you. If you’re looking for a place where artists are coming soon, The O2 Arena may be your best bet. But if it’s an older performer or band that has history there, Koko is worth checking out. Whatever venue you choose, you won’t be disappointed. We hope this article gives you insight into what’s out there and why these venues should not be missed.