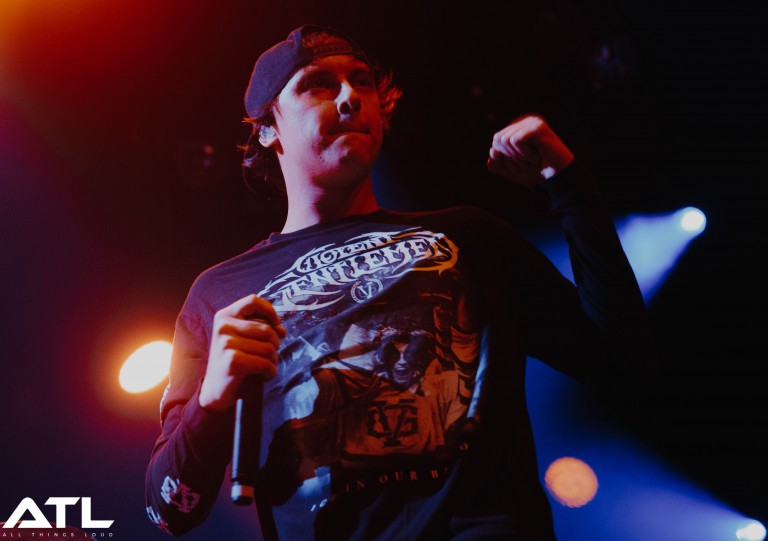 Pop-punkers State Champs have announced plans to work with All Time Low frontman Alex Gaskarth on their sophomore studio album.

Frontman Derek DiScanio and guitarist Tyler Szalkowski recently spoke to Rock Sound about their plans for writing and recording new music, confirming that they’ll get back to work with Gaskarth.

The pair said the following about their previous collaborations with the frontman, as well as their future plans:

“We approached him a few years ago to work on some shit but we never really got there with it. It was finally the right place, right time for both of us and it just kinda happened. It was our first time collaborating with someone else.”

“This time we were like, ‘Let’s get out of the comfort zone, think outside the box and try working with other people. Alex was a great segue into that because he was already our friend and we obviously think pretty highly of him – he’s an influence of ours. We came out with two cool songs in ‘Slow Burn’ and ‘Hurry Up And Wait’.

“I like the dynamic of the two songs, they show a little bit of everything and they’re a hint into what we’re writing now. We’re doing a lot of writing for the new record already, we’ve still got a way to go with it but we’re really starting to dive into the writing process. I think we’ll bring Alex back for a little bit of it,” confirmed Derek. “We want to write some songs ourselves again, combine those with the collaborations with Alex and then pick the best ones for the record.”

State Champs are expected to put out a new album this year.