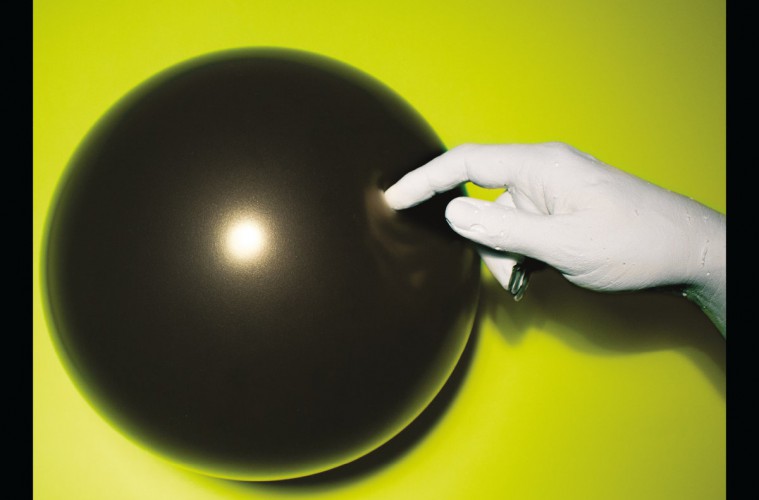 Suuns Continue To Unsettle In The Uncanny Valley

Suuns are not the sort of band to soundtrack your summer. They’re the sort of band who want to ruin your summer. The sort of band who, when you’re lying there soaking in the rays, will cause a sudden bout of unexplained and unfounded paranoia. They create music that keeps rearranging the items in your fridge even though you live alone. It’s not something that’s going to cause you genuine upset, but it’ll play on your mind and you’ll start to wonder whether you’re losing your sanity.

This is the fourth album from Suuns, and one where the comparisons to the English band Clinic feel less justifiable than ever, Baseline and Make It Real aside. It’s a reference that has long haunted the band, seen as a point of negativity as opposed to just being accepted as a known influence. Many bands sound like others, that’s how influences work, but unfortunately for Suuns they just happen to sound like a band whose sound is so distinct that there’s nothing else quite like it. Though the instrumentation may continue to move in wild directions, the key point which they’ll never escape from is the near identical vocal sound and styles of Ben Shemie and Ade Blackburn. I don’t blame them for sticking with it, that half mumbled, half sung style encapsulates the feeling of paranoia that defines their music so well. The album opens with Look No Further, a song which lulls you into a false sense of security with a moment of church bells and tweeting birds before it’s replaced by a slumping bass and zombified drums. Its fragmented production gives the impression as though something unseen is interfering with the sound. As though your speakers are malfunctioning slightly, as though there is something trying to stop you from hearing this. This is confounded with slight timing issues which create a subtly haunting sound that brings to mind Liars at their most skin crawling. The guitar melodies scatter in the high range like flies around an undisturbed source of food. The vocals deadpan, barely with enough energy left to deliver their lines. Even with tender tracks like Control, the introduction of the police siren-esque synthesisers gives the whole thing a feeling of sinister messages, a cold war suspiciousness.

X-ALT creeps in next with a pulsing 4/4 beat that introduces the strong Krautrock influence that underpins much of this album. A clean guitar double-times the beat under a semi-human vocoder vocal line. Sounds subtly fade in and out with the beat building bigger and more powerful as it progresses. It’s with Watch You, Watch Me that the Krautrock influence is at its most pronounced, a six-minute journey that sounds like the soundtrack to a video about how we’ll soon all be driving hover cars. It’s the first track on the album which outstays its welcome, though I imagine it’d be a highlight when performed live. There’s an undercurrent of experimentation underpinning the whole album, with each song feeling like an entirely unrelated exploration of other ideas. As you’d expect with something like that, it’s not always a success. While After The Fall packs a few surprises and unexpected twists, it drags the pace down a bit and ends with a bit of a whimper as though the runtime has been reached rather than thinking that this is the perfect moment for it. Daydream destroys the peace that came before it and continues with Peace And Love after it. It’s an exercise in resilience with its pounding drums and distorted synths making your speakers sound as though they’re on fire, but with little else to it. The noise experiments of Moonbeams are similar. By that point, the juxtaposition of fierce noise and more delicate numbers gets old.

The album closes out with one of its highlight, Materials one where the more melodic elements are at the forefront, though not without its slight forays into the dissonance. It reminds you that there’s more to the band than their incredible wealth of studio manipulation and that they’re at their best when the organic elements are infused with their digital instrumentation. This seems to be something they’re embracing more and more, and that can only be a good thing. Felt is out now.