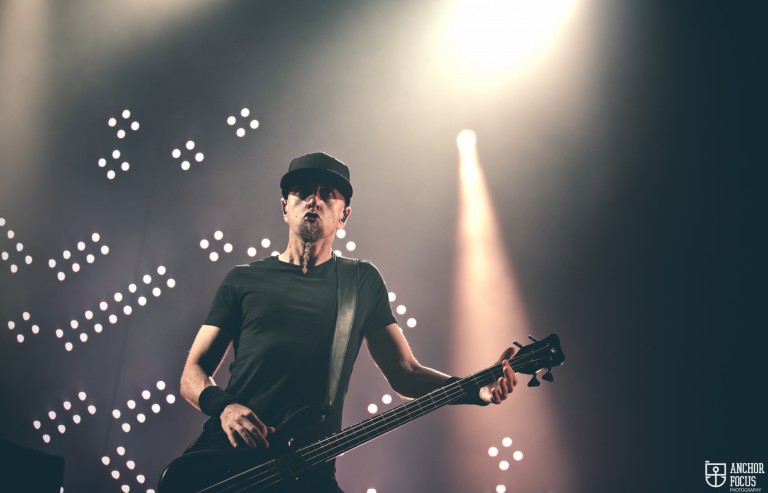 System of a Down Bassist Discusses New Album

System of a Down‘s Shavo Odadjian has hinted at the release of a brand new studio album in 2019.

Speaking to Consequence of Sound’s Heavy Consequence podcast, bassist Odadjian reflected on the band’s internal struggles and the reasons as to why they hadn’t put out an album in more than a decade, citing the well-documented creative differences with frontman Serj Tankain.

Now, he’s admitted that the band are sitting on some of their best material to date. “Between you and me and this world, and to the people who read this interview, we have material that tops everything we’ve done. And that’s me telling you, honestly. I can’t wait to record that and drop it” he told Heavy Consequence. He adds that it’s simply “a matter of time. I just hope it happens sooner or later.”

Elsewhere in the podcast, Odadjian addresses the possibility of actually making it into the studio to record the material he praises so highly. “I think so. I think we can. Nothing between us has happened that’s so terrible that people can’t get in the studio and work. Nothing! Everything is just [a matter of] taste, and they just gotta get in and forget the past, and kind of move forward. And I think that will happen. I’m not worried. I’m not worried at all.” He further comments that frontman Tankian is into his own thing at the moment, which he understands.

Odadjian’s comments hold a lot of promise for the future of System of a Down, who are set to headline the larger-than-life Sonic Temple Festival in Ohio next year alongside Foo Fighters and Disturbed. He speaks of Sonic Temple, as well as the future of rock music, during his appearance on the Heavy Consequence podcast. Listen to the full chat here.