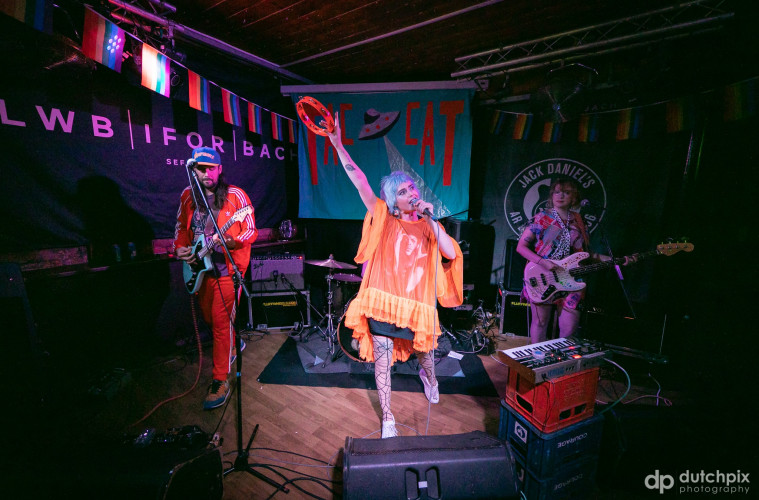 Twen launched into their set to a slowly-filling room at the Merleyn in Nijmegen, it was clear from the start that this wasn’t some badly thought our support act thrown in last minute. The Nashville outfit – who kicked off the night ahead of Tacocat – channel 90s indie rock through a breezy, reverb-drenched, psych filter. Most of this originates from guitarist Ian Jones’ distinct guitar sound, heavily chorused to the point of limitation in its versatility. It proves the perfect counterfoil for the echoing vocals of Jane Fitzsimmons, whose melodies and harmonies are full of charisma, masterfully. Considering how little time they’ve been around, there’s a real maturity to the songs they’ve produced, happily flitting between the sassy sounds of Honey Smacks and the prog-tinged Baptism with its unexpectedly powerful chorus.

There’s great chemistry between the members on stage, surprising in a way considering only Fitzsimmons and Jones are full-time members of the band. They comment on how the amount of dry ice being pumped onto the stage is making it difficult to see anything or breathe, but that it’s “very cool“. Fitzsimmons moves in a way that feels almost intentionally awkward at times, but genuinely seems like she’s enjoying being there, doing what she’s doing. There’s a real self-awareness in who they are as Jones closes out one song with his guitar behind his head, still playing. A dated stadium rock move in the least appropriate of settings, his face painted with the awareness of the ridiculousness of it all. They close their set out with breakout hit Waste, the song which put them on the map and amplified their sudden trajectory. Although in amongst the entire set, it doesn’t stand out as a particular highlight, it instead fits in well with everything else that’s on offer. Their debut album Awestruck comes out September 20th and on the strength of these songs, it’s going to be great. 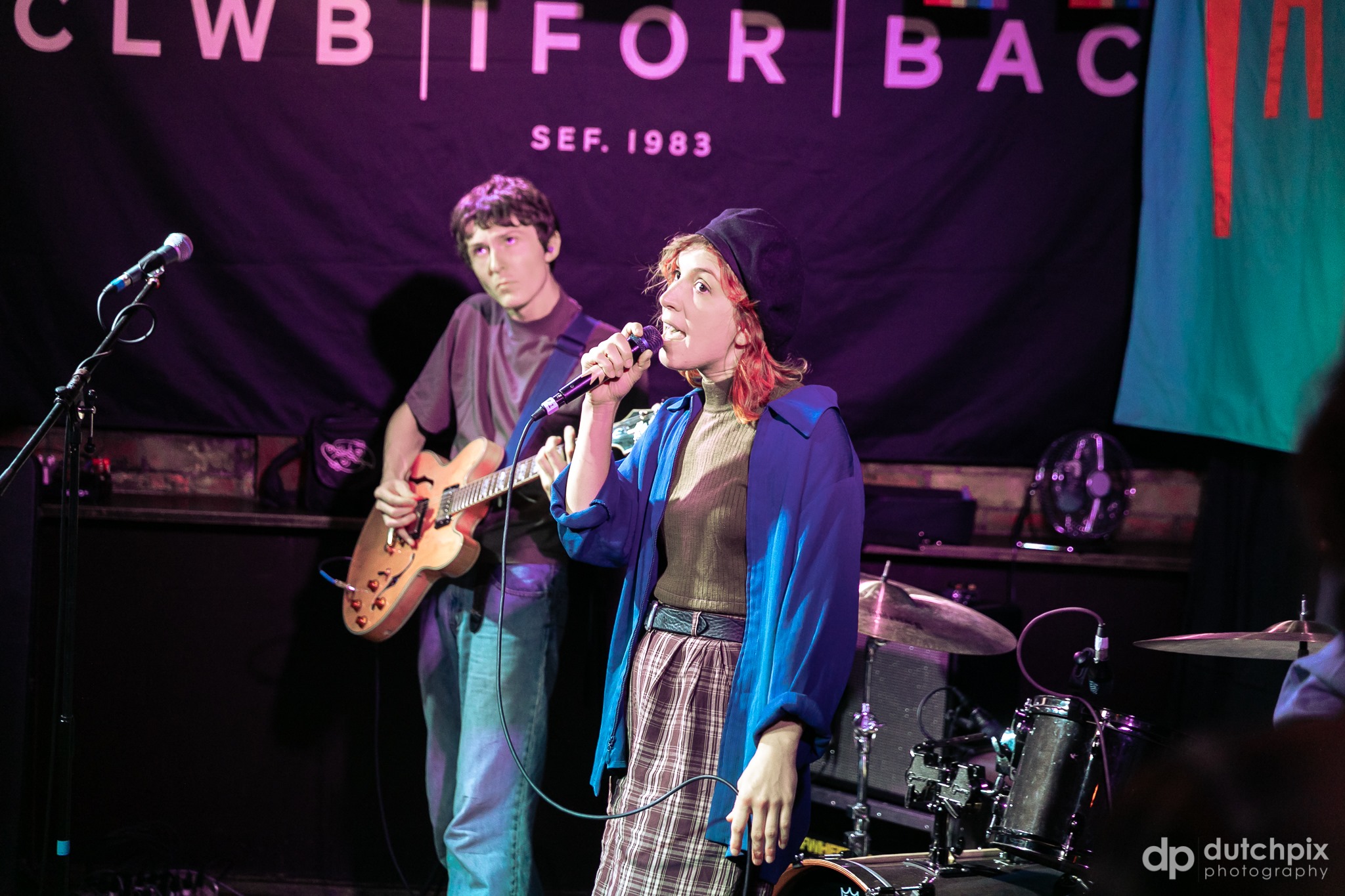 Tacocat had never played the Netherlands before tonight, a fact that they were very excited to announce. They’d been lucky enough to have a day off to explore the city of Nijmegen and didn’t hold back in their praise. “We wanna move here” they declared, citing healthcare as a big part of the appeal, but also that “it’s beautiful!“. This may contradict the core message of their song I Love Seattle, but one thing you can say about Nijmegen is that there aren’t any earthquakes or tsunamis. Whether you read their name forward or backwards, it’s always Tacocat. They’ve got nothing to hide; no matter how you approach their music, they revel in their unpretentiousness. There’s a refreshing energy about them which comes across strongly in the lyrics which happily flit between the banal and more serious subjects. Opening number Bridge To Hawaii hinges around the escapism of its title, creating an amusing mental image in its wake. It sounds gorgeous on stage. You can’t help get swept up in their infectious bubblegum rock with its frequent homages to girl groups of the 60s creating hooks so infectious they should come with a warning.

Frontwoman Emily Nokes wields a cheap-looking red tambourine like it’s more than a mere instrument. It’s part of her constantly moving persona, dancing as if no-one’s looking, moving limbs in every possible direction and encouraging you to do the same. Moments before the gig was about to begin drummer Lelah Maupin sat on her stool trying to take the perfect selfie. Moments later, guitarist Eric Randall decided to help out taking a photo from his angle, the pair of them laughing at the ridiculousness of it all. The entire band ooze charm, their relationship clearly being more than professional with visual chemistry between them all. Their happiness becomes your happiness. You can’t help but like them for who they are. Seeing members of Twen dancing at the front also speaks volumes; these bands play together night after night, yet still they’re supporting each other and enjoying it. It’s a labour of love.

The set focuses predominantly on their last two albums, with May’s This Mess Is A Place delivering yet another worthy addition to their canon. When you’re faced with the triple threat of Hologram, Dana Katherine Scully and Grains of Salt, you can’t help but be impressed by the variation they can deliver within the distinction of their sound. They make music that’s so unmistakably them, yet consistently find new ways to do something fantastic with it. As you’d expect, the songs sound just as vital live as they do on record, if not more so. Each song has that live feeling anyway, and it’s the sort of music that needs to be heard loud with the endorphins rushing through you. Aside from a handful of die-hard fans, one of which mouthed along every lyric to every song, the majority of the attendees don’t seem to be completely familiar with Tacocat’s back catalogue. The reaction to closing number I Hate The Weekend was surprisingly controlled, receiving the same level of appreciation as the songs that came before it, rather than the rapturous reception a band’s most popular song would normally meet. Not that this is a bad thing, though; the positive energy in the room was consistent throughout the entire set, and even without the familiarity, those in attendance were into it. This wasn’t an audience already drinking the kool-aid, but after a performance as strong and infectious as that, it wouldn’t be surprising if some of them will be in future.