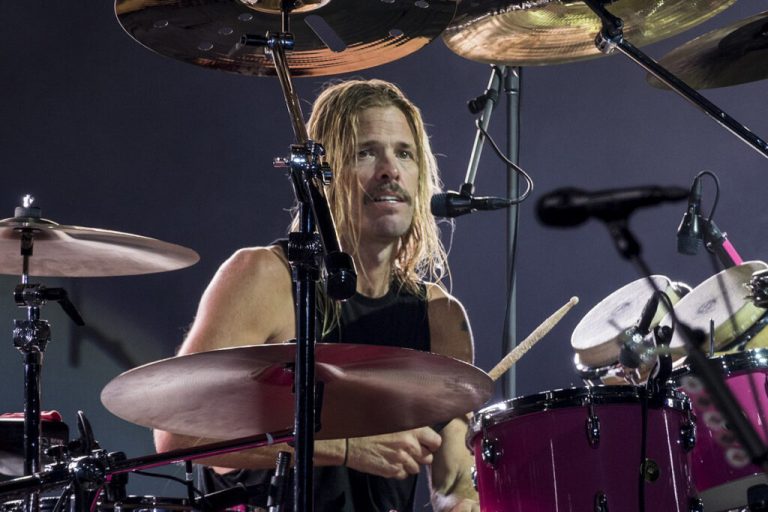 Last night, the world lost an absolute icon in Foo Fighters drummer Taylor Hawkins. Considered by many to be one of the best drummers of all time, his passing at the age of 50 has come as a shock like no other. Together with Dave Grohl, Hawkins formed the backbone of one of modern rock’s greatest bands, with Grohl and Hawkins’ friendship also second to none and such a pleasure to witness every night onstage. It’s hard to find a drummer who can impress Dave Grohl as much as Hawkins did, and throughout Foo Fighters’ career he’s laid down some brilliant drum tracks. We’ve picked out five of his best, five drum tracks which will go down in history as Taylor Hawkins’ best.

The opening track to the massive Wasting Light, Bridge Burning carries an intensity which is difficult to keep up with for even the most skilled musician. Hawkins expertly manages to match the energy which Grohl and his other bandmates produce, forming a frantic basis for one of the Foo’s most frenzied tracks.

“A musical masterpiece. The entire band makes an audible statement by reaching the craziest peak of energy they have ever reached up to that point. With determined cut-trough crash hits and tom fills, Taylor plays a memorable role in the rock anthem.” – Ruben van der Horst, drummer

Perhaps not the first song which springs to mind for many, but Shame Shame (from last year’s Medicine at Midnight) showcases a tender side to Hawkins. He’s not all noise and speed, and by matching the song’s subtle RnB grooves he elevates the song to a new level.

“Many songs would be lost without the strong backbone of a drum track. This especially goes for Long Road to Ruin. With his variating drum patterns, yet consistent rock edge, Taylor and his drums carry the rest of the band through a euphoric and emotional rock and roll song.” – Ruben van der Horst, drummer

An absolute belter. You don’t need to say more than that.