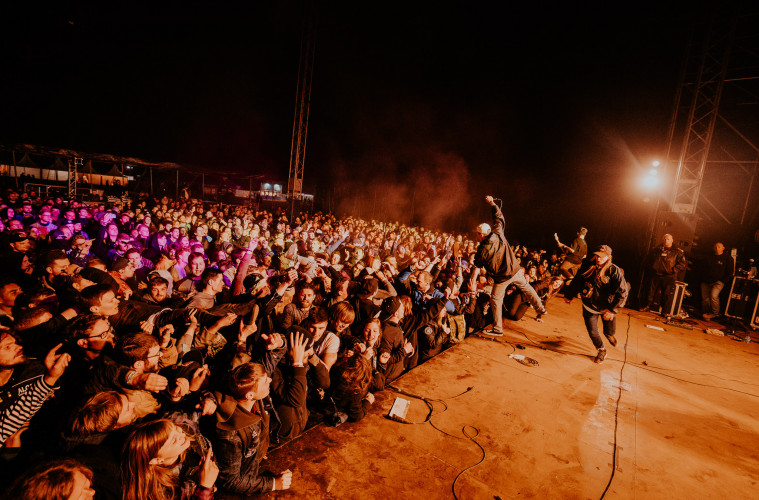 The Ten’s in Pop Punk: Where There’s Smoke, There’s Fire

It sure has been a turbulent decade for pop punk. The genre got hit with quite some gut punches; some rightfully so, some more debatable. Old friends went their separate ways, others came back together, and new faces entered the scene to show the old guard how it’s done (though some didn’t turn out to be that durable). With the trusted Google Trends by our side, it’s time to reflect on the past ten years for pop punk.

Some of the greats called it a day in this decade, with perhaps the biggest loss of all being Yellowcard. After their hiatus, comeback album When You’re Through Thinking Say Yes felt like a breath of fresh air, yet sadly not one that was built to last. First, the band parted ways with drummer LP, and eventually, in 2017, the band permanently called it a day. That same year, it was announced that the next Vans Warped Tour would be the last ever. Issues that killed the touring festival in the end were the decline of popularity in the pop punk genre, a lack of diversity in the line-up and bigger demand for luxury accommodations. The event eventually became less relevant with each passing year, eventually no longer financially sustainable. Nevertheless, Warped Tour is mourned by musicians and fans alike. In an interview with the LA Times, founder Kevin Lyman said:

“I’m getting notes from people in the business saying, ‘You inspired me and showed me it was OK to be me,’ or that ‘I went to Warped where there were only 2,000 people there but I’ve never felt more energy at a show.’ We developed a way to reach youth and it’s been a groundbreaking platform. Warped inspired kids to pick up instruments and start bands, and If you look at Coachella, so many of their department heads started on Warped Tour. The spirit will live on.” 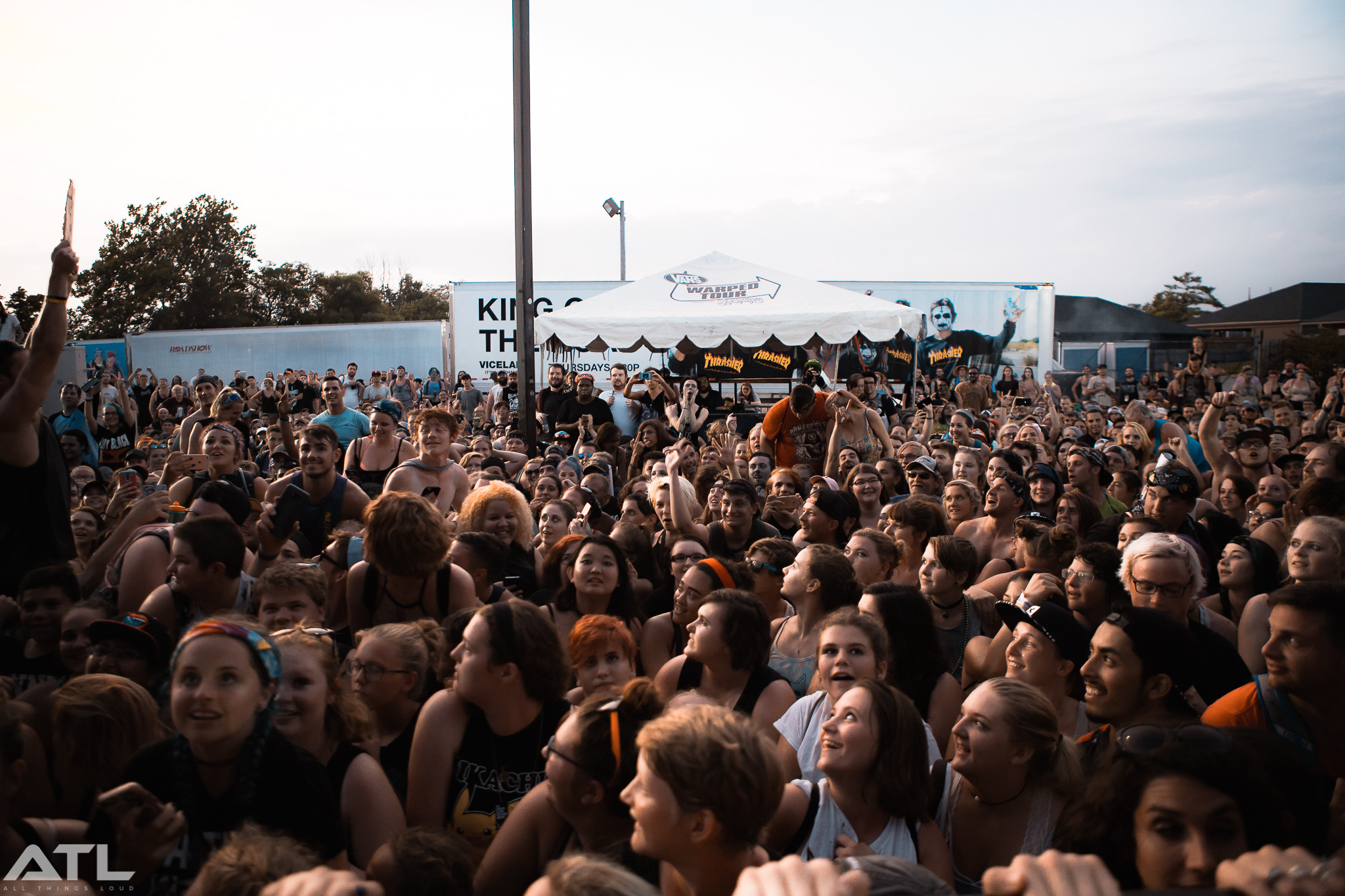 Musically, the 10s started off pretty mediocre for some of pop punk’s more established names. For example, Dirty Work, Don’t Panic, Get Your Heart On, Uno, Dos and Tré; with only an occasional song worth remembering, nothing lived up to anything All Time Low, Simple Plan or Green Day had released a decade prior. All these bands knew that pop punk needed to move on from its late noughties emo phase, but weren’t quite sure how. Granted, Revolution Radio was a fantastic return to form for Green Day, and the Simple Creatures collaboration between Mark Hoppus and Alex Gaskarth was surprisingly fun. The best shot at redemption and re-establishing former glory, though, was made by Blink-182. Halfway through the decade the band were caught throwing mud, their reunion having been labelled as dysfunctional. Tom DeLonge blamed commitment problems, while Travis Barker and Mark Hoppus claim Tom just didn’t have the right financial incentives. They denied kicking Tom out, claiming he indefinitely left the band. As much drama as they had, though, Mark and Travis’ comeback album and subsequent tour with Matt Skiba turned out to be a victory march. The reinvention of Blink-182 was beyond imaginable, and really proved the sceptics wrong.

The Elephant in the Room

The huge number of allegations of sexual misconduct or otherwise inappropriate behaviour lost the genre a lot of its positive reputation. Members of bands like With Confidence, Moose Blood and Brand New were called out for a variety of reasons, and even The Hard Times – our favourite satirical website – weighed in on the matter. Some of the first allegations came up in 2014, and although we don’t want to get into too much detail here, let it be said that if you type “pop punk all” into your nearest search bar the top suggestion is “allegations”.

2017 was a crucial one. Allegations against bands had been going on for a while (and slowly become common), but really took to the skies that year. The #MeToo movement most certainly had its impact on pop punk. In other words, this decade saw the rise of Cancel Culture, whether you love it or hate it. While critics of this so-called Cancel Culture claim it doesn’t allow your formerly favourite frontman to take responsibility, others say it’s better than remaining silent. Its results are, as you know by now, equally varying. PWR BTTM, albeit not pop punk, have disappeared from the face of the earth, whereas bands like Neck Deep play venues as big as ever.

Misogyny in pop punk has been around as long as the genre itself, and although allegations aren’t a new thing, girls speaking up about this is new. Musicians who have behaved inappropriately towards fans, in most cases young girls, are rightly being held accountable. Now, obviously, not all the weeds have been pulled from the genre’s ground, but the 2010’s have sparked a change which no one could have seen coming in the early days of pop punk. The tens introduced a wind of change, warning artists they should think twice before going too far both in real life or in someone’s DMs. 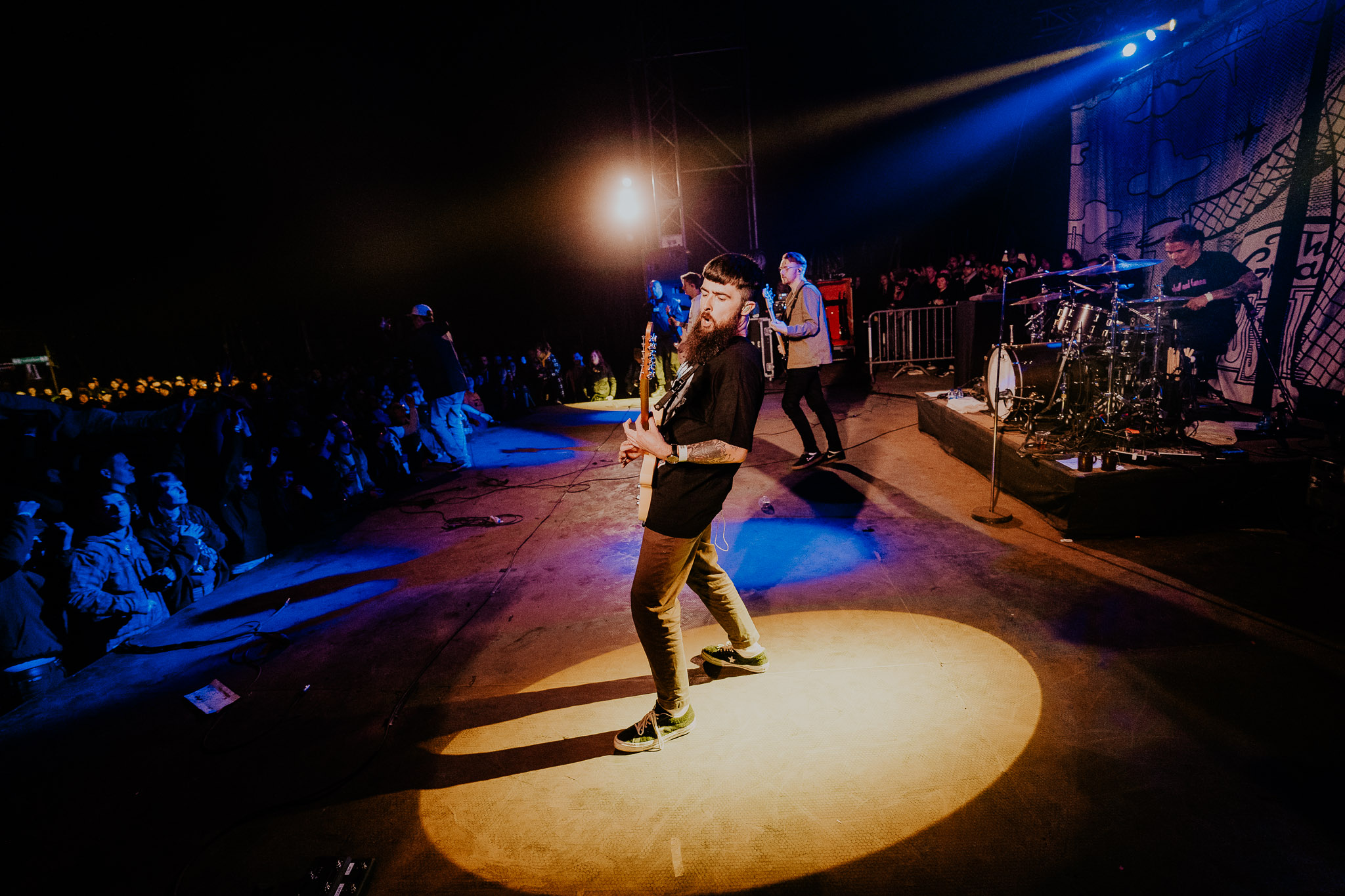 Back to the music, though, as with each new decade new acts are bound to clamour for the throne. The beginning of the 10s saw a big break of one best pop-punk bands to date: The Wonder Years. With The Upsides plus its follow-ups Suburbia, I’ve Given You all And Now I’m Nothing and The Greatest Generation, The Wonder Years raised the bar immensely. Together with The Story So Far and Man Overboard, The Wonder Years helped pop punk graduate from high school and enrol in college. Neon green hair and juvenile lyrics were no longer sustainable, it seemed. Instead, introspective lyrics and hardcore influences became the standard for pop punk during the 10s. Finn McKenty from the Punk Rock MBA labels this era from roughly 2012 through 2015 as the “Pizza Years”, referring to pop punk’s greasy aesthetic. Snapbacks, flannels and other stereotypes that were all over Tumblr at some point in the decade.

Unfortunately, the Pizza Years were the peak of pop punk as a whole this decade. By 2015, Neck Deep had made a name for themselves, State Champs and Real Friends, amongst others, released a string of fantastic albums that defined the genre, and then the decline set in. Nothing which came out after The Story So Far’s self-titled record managed to artistically and creatively surpass what came before it. Commercially, though, it’s a completely different story. When it comes to this, Neck Deep’s The Peace and the Panic widely exceeded the successes of its predecessors and new bands like Boston Manor and Grayscale still managed to break onto the scene. The most notable aspect here is that bands started to become more sonically similar, leaving the genre lingering. Even pop punk did not appear to be immune to the algorithmic formula of what makes a band successful.

But where do you go from here? It’s to be expected that bands who defined the noughties continued to do what they’d been doing well throughout the 10s. The Wonder Years and The Story So Far, who defined the genre this decade, are still going strong after a spike in popularity, and the 20s will probably be no different. HANNAH VAN RHEE.