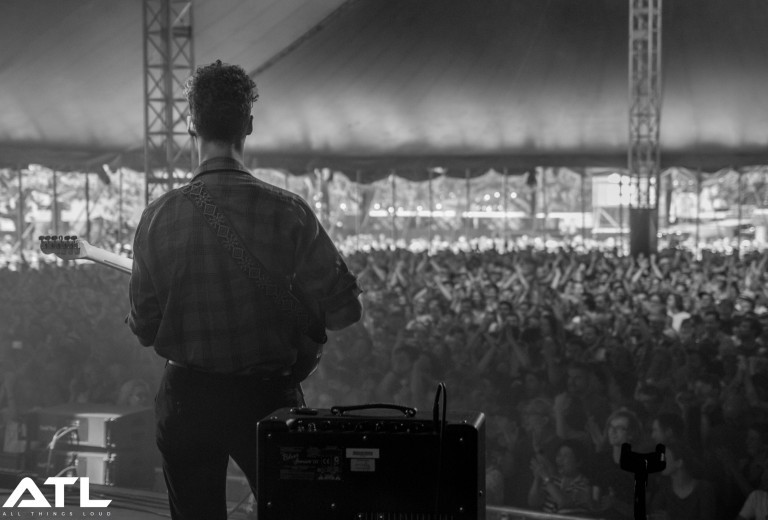 Last weekend, the Dutch Hilvarenbeek once again played host to three days of wanderlust-filled musical discovery, beautiful scenery and some of the biggest names in alternative music today. Best Kept Secret celebrated its fifth anniversary this year, and below we’ve rounded up the 10 best performances from across all three festival days.

10. SOULWAX
What we said: Belgian brothers Soulwax topped its bill following a lacklustre James Blake set, utilizing a spectacular production to bring new album From Deewee to life. Fan favourite Do You Want to Get Into Trouble? instantly made for chaos down the front, with this intense crowd interaction worming its way throughout the whole tent until not one person stood still.

9. THE JAPANESE HOUSE
What we said: British singer-songwriter The Japanese House, who’s signed to the same label as The 1975, closed out proceedings on Stage THREE with a set which bordered along the serene and utterly beautiful.

8. MILLIONAIRE
What we said: One set definitely worth making a mental note of, though, was that of Belgian act Millionaire, who made their grand return earlier this year following ten years of inactivity. Multi-instrumentalist Tim Vanhamel helmed the whole affair, commandeering the crowd into an absolute frenzy as he careered across stage with menace in his eyes. Comeback single I’m Not Who You Think You Are stood out early on, proving exactly why the Benelux needed a Millionaire comeback.

7. METRONOMY
What we said: British quartet Metronomy followed over on Stage ONE with a set which was nothing short of funk and excitement, with the Joe Mount-fronted outfit kicking off proceedings with the 70s disco-ready Back Together. The track is just one of many which showcase Metronomy’s ability to start a party.

6. JUNUN
What we said: The party didn’t start until just after Strand of Oaks’ set, though, when the Pakistani world music collective Junun (together with Shye Ben Tzur and the Rajasthan Express) appeared on Stage TWO together with Radiohead’s very own Johnny Greenwood. The hour-long musical spectacle started in the midst of the tent’s near-packed crowd as the group’s musicians worked their way towards the stage, setting the tone for what was to be a fun-filled double header on the festival’s second largest stage.

5. WHITNEY
What we said: Chicago’s very own Whitney followed on Stage TWO, bringing the utmost musical beauty to an absolutely packed tent which went on as far as the eye could see. Set highlight Golden Days incorporated vocalist/drummer Julien Ehrlich’s catchy voice, whereas final track No Woman incited the festival equivalent of a standing ovation. It can only get bigger and better for Whitney, and that’s a certainty.

4. SLØTFACE
What we said: Norwegian pop-punkers Sløtface injected a solid dose of energy into their high-octane set, one which incorporated tracks from upcoming debut album Try Not to Freak Out (due in September). Frontwoman Haley Shea commands the stage and crowd with absolute prowess as the band around her intertwine with one another on the likes of the anthemic Empire Records, empowering Magazine and dance-y Take Me Dancing. Sløtface are definitely a band to look out for within the next coming months, because one day soon you won’t stop hearing about them.

3. RADIOHEAD
What we said: Thom Yorke and co. closed out the festival’s fifth edition with a 24-song set on Stage ONE which drew from across the band’s entire catalogue. Opening on the haunting Daydreaming, it slowly but surely became clear that Yorke and his men were opting for a more introverted approach to their music which slotted in well with Best Kept Secret’s lowkey vibe. Sparse, energetic moments were few and far between, with Yorke going mental on the scuzzy Myxomatosis, utilizing his much famed dance moves for a brief outlet of cathartic energy. The set drew predominantly from last year’s studio album A Moon Shaped Pool, as well as the stellar 2007 release In Rainbows, one of the band’s best. The haunting Exit Music (For a Film) made for absolute silence across the whole field, so much so that you could hear a pin drop as Yorke delicately strummed his acoustic guitar.

2. KING GIZZARD & THE LIZARD WIZARD
What we said: The Stu Mackenzie-fronted band don’t tend to stop for more than one minute at a time, as they’re currently gearing up to release the second of 2017’s five studio albums next week. Murder of the Universe is just the latest in a string of chaotic experiments which Mackenzie and co. have carried out, with their set on Stage TWO ending on a raucous rendition of jazzy banger The River. There’s no stopping King Gizzard & the Lizard Wizard; but then again, it doesn’t look like they want to stop.

1. ARCADE FIRE
What we said: It certainly wasn’t to be the last highlight though, with Arcade Fire topping today’s bill by means of an absolutely spectacular set. New album Everything Now comes out next month, with its lead single of the same name taking cues from ABBA thanks to its infectious piano melody and relentless groove. Show opener Wake Up instantly injected bouts of euphoria into the 15,000-strong crowd, with the sun going down slowly but surely as the band careered into a blistering set. Early highlights Here Comes the Night Time and No Cars Go showcased two polar opposites of the band, with the former switching on the party vibes and the latter elevating Win Butler and co. to stadium-ready heights. The band only performed two tracks from the upcoming new album, including Friday’s new release Creature Comfort. The track incorporates gritty synths and booming rhythms alongside suicide-referencing lyrics. Live, the track synced straight into early hit Neighbourhood #3 (Power Out), which may well have been one of the highlights of the whole set alongside the seven-minute long Reflektor and manic finale Rebellion (Lies). Arcade Fire are one of the best bands this century has seen, and there isn’t much stopping them from reaching even bigger heights.

Best Kept Secret will return in 2018.