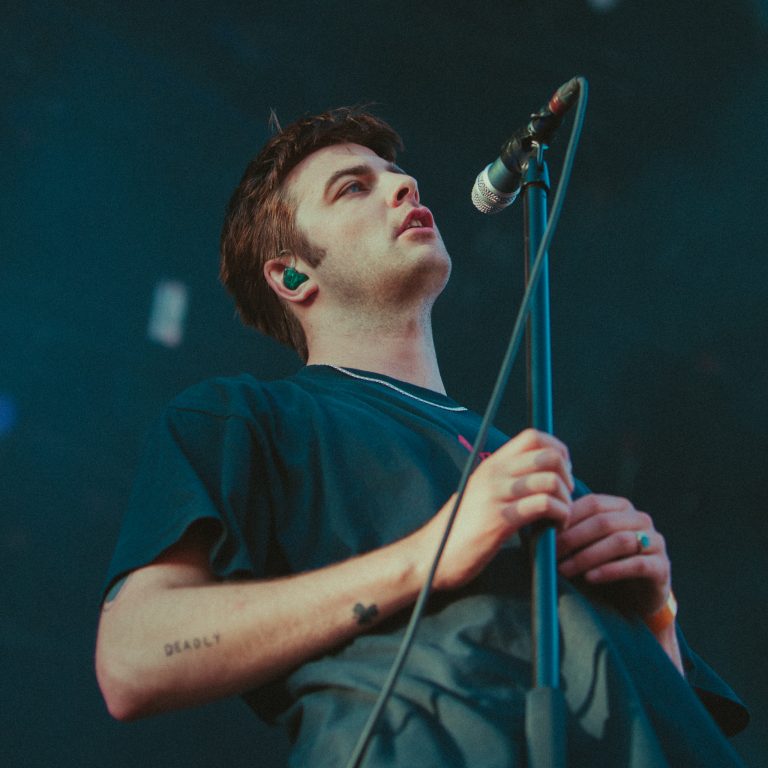 The All Things Loud 2022 Album of the Year

It’s approaching three years since the world was turned on its head by COVID-19. For what it’s worth, 2022 has been a largely ‘normal’ year, even if the virus itself hasn’t quite disappeared. We’ve seen a lot of brilliant album releases the last two months, and today we look at twenty of the best – as picked by members of the All Things Loud team.

“The album comes to a close on We Are Fucking Fucked, the strongest song on the record along with Euphoria. It’s a straightforward construction – Matt, Dom and Chris in a room with no extras or bullshit. Just guitars, drums and bass. The track’s heavily distorted pre-chorus makes way for a brutal chant of “we are fucking fucked“, with each individual verse increasing in intensity as the song progresses. The song’s end allows the band to reach a whole new level of hard hitting intensity, eventually climaxing in a way only Muse know how. And that’s also what makes this album so fantastic – it’s Muse doing what they do best, without pandering to outside opinions. Muse are back, ladies and gentlemen.“

17 PUP – THE UNRAVELING OF PUPTHEBAND

One Match Left marks the first solo offering by former Growlers frontman Brooks Nielsen. After the band’s slow demise became apparent mid-2020, Nielsen retreated and reflected for the better part of eighteen months as he started work on what would end up being a solo album. One Match Left’s twenty songs span a whole range of styles and sounds, some familiar to fans of The Growlers and others which are completely new territory for the crooner. Key song Open Up (For Clizz) is the centrepiece on this debut.

“Where album opener Mycelium sings of the desire to spread across the forest floor, Gliese 710 sings of disintegrating mushrooms altogether and allowing lava to reign supreme. Ice, Death, Planets, Lungs, Mushrooms & Lava is the start of a new era for King Gizzard & the Lizard Wizard, and if these seven songs are anything to go by then it’s going to be one hell of a ride.“

An excerpt from Ingrid Enache’s interview with black midi, earlier this year: “Naturally, our conversation drifts back to music – after all, it’s what we know best. In the midst of our experiments, I hear myself asking – is music ever like science? “If you’re making music on a computer, it’s good to have a scientific understanding of it. With synthesisers and stuff like that there’s a lot of technology. There are parallels, and many musical technological advances came from science.” Cameron admits that they might even consider making music with AI, if it ever became more accessible. “New technologies only ever make a difference when the average person has access to it“. We go downstairs, where the guys show me how to get an electric shock by touching a glass ball. My head keeps buzzing, recalling our talks which spanned from philosophy to memes. It’s this versatility and openness they manifest that keeps cementing black midi as an impeccable band. As we walk out, I ask if they believe in coincidences. They pause to think about it, then Geordie declares: “Chance is infinite“. Perhaps there is a chance that we’ll get to paradise.“

How often can you reinvent the wheel as a band when you keep driving the same car? That’s the question Rammstein must have asked themselves when they found themselves tasked with following up their gargantuan 2019 self-titled record. Zeit is the result, and it’s armed with songs which will please the Rammstein faithful without sounding like a phoned-in collection of songs. Singles Zick Zack and the comical Dicke Titten provide enough of the band’s humorous side to keep fans entertained, with the bombastic Armee der Tristen, melancholic Zeit and epic Adieu providing much needed sonic balance. Vorsprung durch technik.

“Previous Ghost albums have succeeded by throwing everything at the wall and seeing what sticks. This time round, though, Tobias Forge has already long figured out what sticks and is taking this recipe for success on a sonic journey of its own. The sounds we hear on Impera all sit closer to one another on a musical wavelength, with the absence of much stylistic experimentation clear for all to see (with the exception of Twenties). That doesn’t make Impera a weak album, though. On the contrary; Ghost have picked a winning formula and decided to hone it further. There are anthems (Kaisarion, Spillways), heartbreakers (Darkness At the Heart of My Love) and enough bombast to last a lifetime. Conceptually it’s another grand step forward, with fans already on the edge of their seats to see what happens next. Whatever Tobias Forge does next is bound to be exciting, but with the Impera campaign still in its infancy there will still be plenty to unpack for fans in the coming weeks. Art may not always imitate life, but something will always be there to remind us that they’re far more intertwined than you think.”

“Fans will likely conclude their first listen of Omnium Gatherum with more questions than answers. At eighty minutes it’s the kind of listen which really demands your attention, but at the end of the day it’s worth it. Its sixteen songs perfectly highlight the band’s ability to hop genres without a) fucking it up or b) losing sight of themselves. It may not have the feeling of an instant classic which previous albums Nonagon Infinity and Polygondwanaland had, but over time it wouldn’t be surprising if Omnium Gatherum was the album fans used to introduce their friends to King Gizzard & the Lizard Wizard. Nearly every facet of the band’s diverse skillset is touched upon, from garage rock and psych pop to thrash metal and a whole spectrum of soul, jazz and RnB. You may need some time getting into it, but by the end you’ll be glad you stuck around for the ride.“

Gritty, intense, harrowing. Those are three words you could use to describe this year’s All Things Loud Album of the Year: Fontaines DC‘s momentous Skinty Fia. From the moment opener In ár gCroíthe go deo‘s subtle bass line enters the frame, to the moment Nabokov ultimately crashes and burns, Skinty Fia has masterpiece written all over it. When the Grian Chatten-fronted quintet took to the stage at Best Kept Secret this summer, writer Steven Morgan questioned “what the limit is for a band like this on absolute top form“. While news of a fourth album is far from becoming a reality, it’s safe to say that the sky is currently the limit for Ireland’s biggest band.