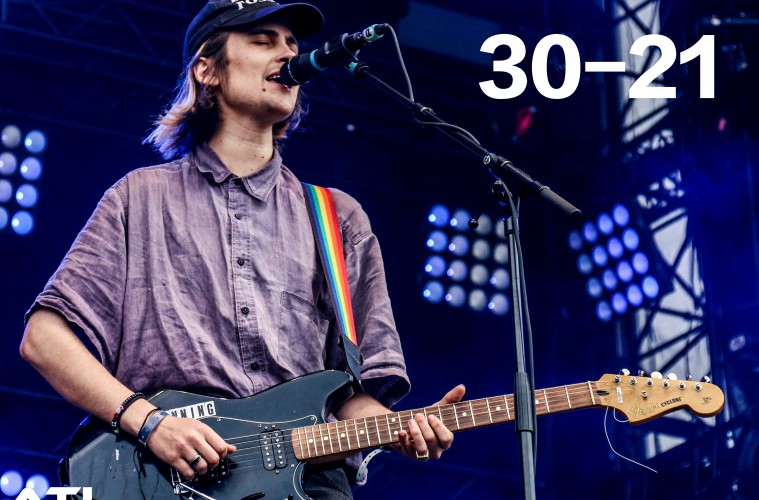 30 MONEY – Suicide Songs
What we said about their show at the Bitterzoet in February: “On record, Money are a hypnotic and twinkling band who just about manage to match all expectations in a live setting. They might not be waiting for greatness to hit them in the face over the next few years, but it would definitely be a welcomed surprise if they took it in their stride and showed everyone what they’re truly capable of.” 29 Saosin – Along the Shadow
What we said: “Saosin have definitely hit home on Along the Shadow. The record, their first in seven years, is filled with hard-hitting riffs, pulsating rhythms and menacing vocals which all intertwine to create a chaotic end product that takes no prisoners whatsoever. Soasin aren’t afraid to be brave and do things which their contemporaries could never do, and it’s just part of the reason as to why the Californians are so ground-breaking in both their musical delivery as well as their message and intentions. Welcome back, Saosin.” 26 De Staat – O
What we said: “On this album, De Staat have proven that their capabilities should enable them to stretch out way beyond the confines of Holland, Belgium and Luxembourg. De Staat are a world-beating band of the future, and now it’s their time to shine.” 24 DIIV – Is the Is Are
What we said about their set at Best Kept Secret in June: ““Dream pop outfit DIIV took to Stage One not too long after, making up for their cancelled April tour with a dreamy psych explosion. Opening on (Druun Pt. II), Cole Smith and co. drew heavily from stunning new album Is The Is Are, with standout track Under the Sun making for an extremely dreamy moment in the show. The band are no longer as intense as they used to be in a live setting; rather, the focus has shifted to a dreamy blend of psychedelia and pop which leans more towards Beach House than it does Beach Slang. Over on Stage Three, Danish synth-pop collective Liss performed their first major show on Dutch soil as they proved that all the hype surrounding them was well worth the anticipation.” 23 LAKSHMI – Come Sin With Me EP
What we said about their set at Paaspop in March: “The Dutch singer-songwriter Lakshmi opened the day on the Jack Daniel’s Stage, with her set accompanied by her live band and a small selection of string players. Just like with their live session (sans string players) later that day, Lakshmi pulled off an extremely exciting set filled with slight hints of dark indietronica and rock. Lakshmi are definitely a band to look out for, something which 3fm Megahit Champagne demonstrated in particular.” 21 Boston Manor – Be Nothing Our countdown continues tomorrow when we enter the Top 20.