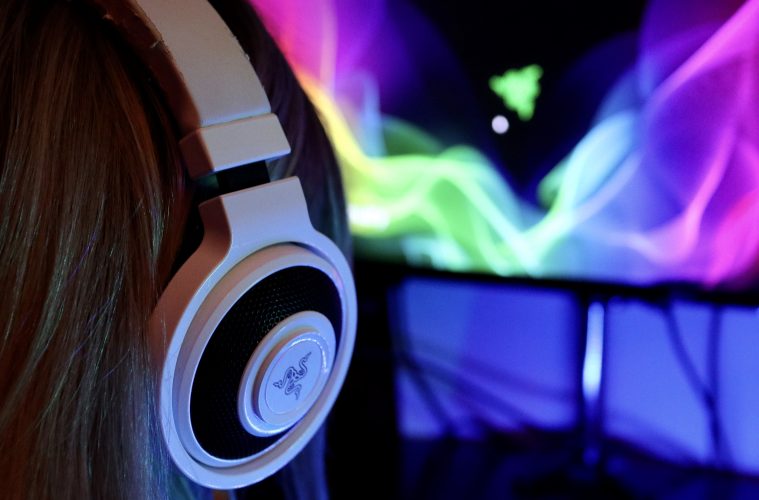 Music has long been an important component in video games. In the last several years though, we’ve seen this becoming more and more the case particularly with regard to online slot arcades. Studios are investing in the composition of memorable and sometimes epic soundtracks that keep the players engaged in the games, yet never become too distracting (like the bells and whistles of the slots of old). The music tends to vary considerably though, with some titles featuring relaxing electronic tunes, some embracing ethnic music, and others still presenting exciting adventure themes.

Regardless of any player’s preferences, it’s now fairly easy for them to find a game with appealing music (not to mention matching visuals and themes). To give some sense of the quality and variety that now exist in this category though, let’s take a look at some of the best original soundtracks for online casino games.

Solar Nova transports the player to an out-of-orbit game of chance, where gems and diamonds have to line up in order for big prizes to be released. Fittingly, the gentle and slow notes predominant in Solar Nova’s soundtrack seem to be building up to an epic space opera climax. For most of the time though, the game’s soundtrack remains relaxing, lulling the player with tones befitting the quieter bits of a sci-fi adventure –– even if the audio is sometimes interrupted by more playful or dramatic tunes when the player achieves a specific goal. In short, the soundtrack fits the game perfectly.

Puebla Parade has some of the most beautiful and colorful art you’ll find in slots, and does an excellent job of adapting elements from Mexican culture and Dia de Los Muertos (“Day of the Dead”) celebrations to the slot game scene. The game does a particularly good job of recreating the sound of festive mariachi music, to the point that it would seem that it keeps seeming as if Spanish lyrics are about to burst through (though they never do). Ultimately, the upbeat tune is an excellent match for a game with such a cheerful design.

Given its emergence as one of the Foxy Bingo “Megaways” slot options of late –– a prominent position in online slots these days –– Poseidon Ancient Fortunes is one of the most recognizable games on our list. It also follows in the now-familiar tradition of vibrant games based on the gods and heroes of ancient cultures. The game uses Greek designs of sea creatures as well as gods and gems, while displaying a powerful Kraken guarding the treasure. However, in an online slot market saturated with different interpretations like this, the Poseidon Ancient Fortunes title stands out for its ominous yet adventurous soundtrack. The music builds up heavy bursts of percussion beneath tense orchestral arrangement. For much of the time you’re playing, it sounds as if things are building to the kind of climactic scene one sees in fantasy and adventure films.

The colorful neon lights and spotlights of Dance Party effectively remind the user of spending a fun night out at a club. Indeed, even some of the slot wheel icons –– designed to look like signage in club and bar windows –– puts you in the mood to head out for a night on the town. But where the game truly shines is in the music department. Instead of opting for an ultra-high-energy track, the game employs smooth electronic music that is both upbeat and relaxing. As a result, the game pulls you into its club atmosphere without simply overwhelming the senses (as real clubs do from time to time. Above all else though, this one is just fun to listen to!

The artistic style and background graphics of Sakura Fortune II look like something out of an epic from the Far East. The character design is also flawless, with expressive faces and elegant postures bringing various figures to life. Once again though, it’s the soundtrack that pulls the most weight. The audio for this Quickspin slot employs a combination of traditional orchestra instruments and eastern themes to bring about truly stirring music. It gives you the sense that you’re unraveling a story told through character icons and symbols as you play. And particularly for fans of films like Crouching Tiger Hidden Dragon, Shang-Chi And The Legend Of The Ten Rings, or even Mulan, it’s likely to feel somewhat familiar in the best of ways.

Music is an essential component of video games across platforms and genres. It makes us pay attention, helps us to immerse ourselves, and in some cases even influences our in-game approaches and actions. Casino developers didn’t always take advantage of all of this until recent years, but we now hear wonderful soundtracks on a great many slot games. The examples above aren’t the only ones, but they speak to how effective music has become even in slot gaming.

If you enjoyed this piece on original music for slot games and want to read similar pieces, don’t forget to check out our features sometime soon!