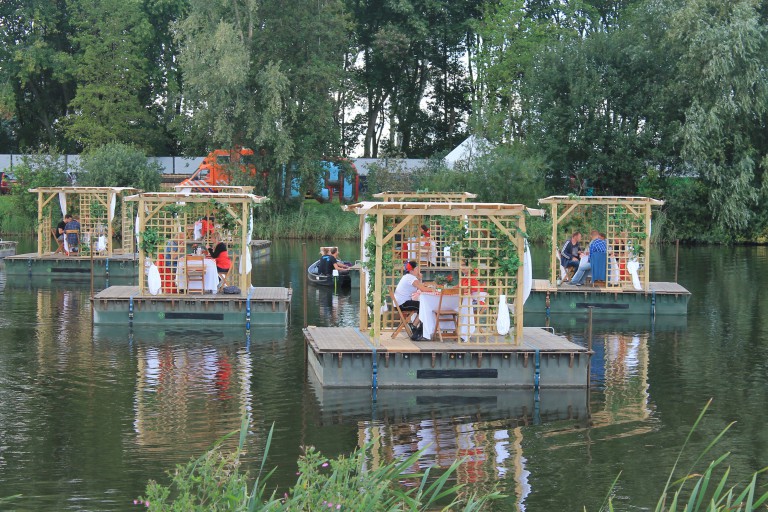 As Lowlands Festival draws ever nearer, we’ve decided to switch our attention from the vast swathes of music and take a look at the neverending amounts of non-musical entertainment available in Biddinghuizen this weekend. Staying true to our countdown, we’ve picked out two brilliant alternatives for when the music really does become too much.

HELGA’S HOUSE OF PAIN
This year, Cape Lowlands will play host to three nights filled with lust, danger and doom. Helga’s House of Pain takes absolutely no prisoners, with the scariest part being the fact that you’ll never know whether or not the infamous Helga is actually home. It’s a final pitstop for all of Lowlands’ metalheads, with the house DJs specializing in nothing other than balls-to-the-wall metal, punk and hardcore. Don’t bow out, because then Helga will emerge and punish all non-believers. It’s the first year that Helga’s House of Pain will make a mark in Biddinghuizen, having been described as a spiritual replacement for the infamous Titty Twister. If you’re in for a no-holds-barred night out, then the House of Pain is the place to be.
When? Every day. Where? Helga’s House of Pain, Cape Lowlands. What time? 23:00-05:00 DAILY PARADISE LATE NIGHT
Well-versed Lowlands visitors will know all too well that the Daily Paradise is the festival’s very own daily newspaper. Think Glastonbury Free Press, but with more of a youthful edge which falls right in line with Lowlands’ target audience. What’s so special about the paper, though, is its nightly talkshow in the Juliet tent. Every day, satirists Oscar Kocken and Daan Windhorst will take the audience through a whole host of topics which relate to the day’s activities in Biddinghuizen, including (but not limited to) interviews, evaluations, discussions and more. With the assistance of a whole team of musicians and actors, Daily Paradise Late Night will be the only talkshow that you need to get you through the weekend.
When? Every day. Where? The Juliet tent. What time? 00:30-01:30 Lowlands (aka A Campingflight to Lowlands Paradise) takes place from 19-21 August at Evenemententerrein Walibi World in Biddinghuizen, Holland. There are still some 5,000 tickets left, and you can grab one here. Check out our playlist filled with Lowlands recommendations below.