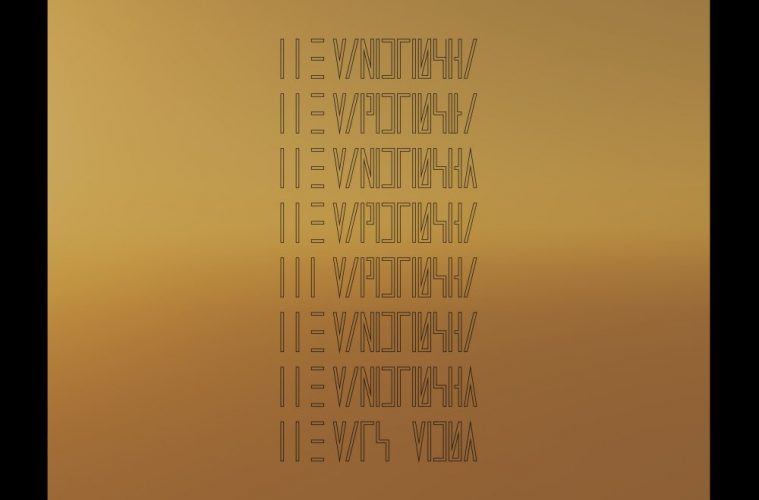 The Mars Volta – The Mars Revolta

Cedric Bixler-Zavala and Omar Rodríguez-López are a wildly creative, hard-working, and exciting pair. Most famous as the exciting members of At The Drive-In and the brains behind the lauded prog-revivalist aficionados The Mars Volta, they’ve also been involved in tens, possibly hundreds of albums over the last few years, with the highlights and inconsistencies that such prolificness results in.

While most people get most excited for At The Drive-In reunion shows, The Mars Volta had built up a hardcore fanbase of beard-scratching middle-aged men who finally had a King Crimson for their own generation. Love them or hate them, The Mars Volta did things with their instruments that others can only dream of. They were known for their improvisation on stage, dragging songs that were already long out to feature-length film durations.

In 2013, The Mars Volta announced their break up. Not an indefinite hiatus, the cursed phrase that At The Drive-In solidified into the music journalism lexicon, but a full break up. They were no more. Sure Cedric and Omar would continue to collaborate, but these particular songs would no longer be played live.

Imagine how excited the beard prog generation were when they heard that The Mars Volta were reforming? The anticipation of more live shows playing three songs over two hours, new material where hooks were replaced by twists and turns on the rollercoaster of time signatures. Stand aside other-genre explorations, Cedric and Omar were back… in prog form.

Then the first cheeky video leak dropped. Album opener Blacklight Shine was the first new material from the band in almost a decade. The responses were, understandably, surprised. This was not the style that the band had made their name on, this was a smooth summer tune that was more yacht rock than prog rock. Hell, it even had bongos.

The community tried to make sense of this new release. Maybe it was the exception, like Vedamalady or The Widow had been in the past. Melodic gems amongst the chaos. However, this was not the case at all. Instead, The Mars Volta had followed the path of their prog forebears into the world of “pop”. Like Genesis before them, they looked at the world of popular music with its 4/4 rhythms and boring clichés and decided that it was time to show them how it’s really done. Sadly, instead of revolutionising the world of pop music, they’ve created an album so vanilla that you can forget you’re listening to it while it’s still playing.

This isn’t the first time they’ve dabbled with more conventional song structures, Antemasque was formed in the ashes of The Mars Volta, and this album sounds so much like a follow-up to that one self-titled 2014 album, that you wonder what the thought process was in releasing this album under the name The Mars Volta. This isn’t such a departure from music that Omar and Cedric have put out in the past that it feels like insanity, but it is far removed from the music of The Mars Volta.

One of the biggest criticisms levelled at Antemasque was that these guys can’t write hooks. Eight years later, and that’s still the case. There’s so much that they can do, but I challenge you to get any of these songs stuck in your head afterwards. Instead, they pass through politely and understatedly, leaving behind almost nothing.

If you don’t find anything to enjoy in the first five tracks, then you’re better off stopping there. This is a front-loaded album that acts as a challenge to get to the end of. The songs are thankfully short but often end without any rewarding conclusion as though the only way they could reduce the length of the song was to just stop it once it got to roughly the three-minute mark.

It’s amazing to think that Cerulea is from the same band that made Wax Simulacra, but sadly this is not meant as a compliment. The album isn’t even challenging enough to hate, instead, it acts as aural wallpaper which could add a bit of pizzazz to a dentist’s waiting room. Visualise your theoretical root canal the next time you listen to the smooth saxophone of Palm Full Of Crux.

It was a challenge to get to the end of this album, and even more of a challenge to remember anything about it when I did. It’s impossible to hate the pleasantries on offer here, but that’s because it’s a struggle to feel anything at all. Who knows how they’ll integrate these songs into their back catalogue live, but the bigger question is, will anyone care?