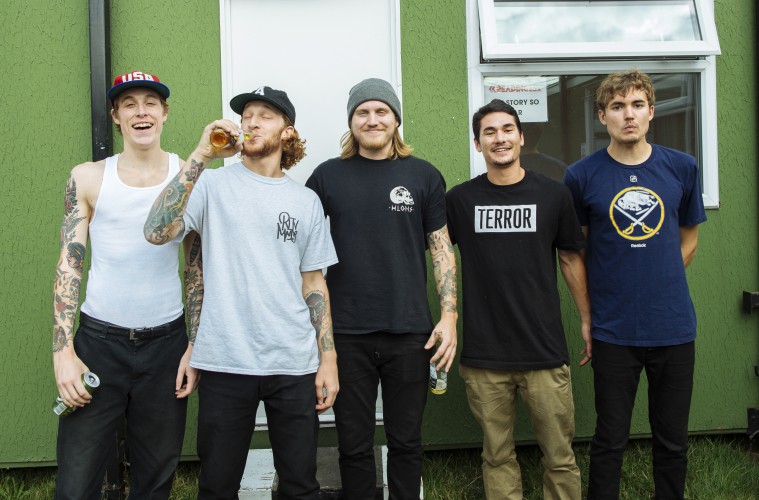 The Story So Far frontman Parker Cannon has been pictured dropkicking a female fan offstage during a recent gig in Toronto.

The show, which took at the Mod Club, saw a female fan jump onstage to take a selfie whilst Cannon kicked her from behind back into the crowd.

His appalling behaviour has seen the band now barred from the Mod Club. Watch the footage of his kick below.